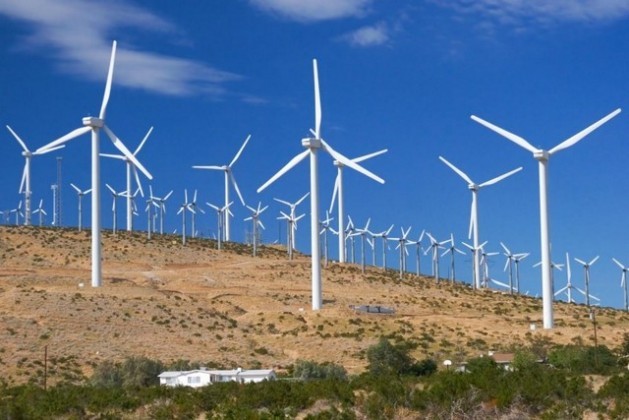 A wind park in Mexico. Credit: Courtesy of Dforcesolar

Most Latin American countries have set medium and long-term targets for alternative energy supply and consumption and these projects are being maintained in spite of economic fluctuations and plummeting international crude oil prices.

According to Hugo Ventura, the head of the Energy and Natural Resources Unit of the Economic Commission for Latin America and the Caribbean (ECLAC), there are two factors that call into question the view that cheaper oil will act as a brake on the development of renewable energy sources.

“One of these factors is that countries are committed to increasing the contribution of renewables, in order to diversify their energy mix, decrease dependence on fossil fuels and reduce carbon dioxide emissions because of climate change. The other aspect is that players in the energy sector are taking the long-term view,” Ventura told IPS.

Studies provide evidence that renewable energy sources in the region are in robust health. The World Wind Energy Association (WWEA) said on Feb. 5 that preliminary figures for 2014 were “very bright,” in a report that confirmed that “wind power investment is still speeding up at an enormous pace.”

“There is unstoppable inertia; many projects under construction will soon be operating , so growth is continuing. There are renewable energy tendering schemes in the pipeline that are not going to stop.” -- Hugo Ventura

“Especially the new markets in Latin America as well as in Africa are reflecting the importance which wind power is now playing in the electricity supply, as a cheap and reliable power source,” said Stefan Gsänger, the Secretary General of the WWEA, which is based in the German city of Bonn.

The collapse of fossil fuel prices is damaging the economies of producer countries in the region, such as Argentina, Bolivia, Brazil, Colombia, Ecuador, Mexico, Peru and Venezuela, where state oil companies are experiencing difficulties in planning and operations.

But it is benefiting net importers, like Central American countries and Chile, which are paying less for their oil. Consumers in both groups of countries may see the cost of their electricity bills fall.

In these circumstances, renewable energy sources are already cost-competitive with fossil fuels like natural gas, according to the report “Renewable power generation costs in 2014” by the International Renewable Energy Agency (IRENA) based in Abu Dhabi, with 139 states as members.

If the health and environmental costs of fossil fuel-fired power are taken into account, renewable sources are even more cost-competitive.

The IRENA study indicates that the average cost of electricity produced by solar plants has fallen to within the range of fossil fuel power generation . Electricity from solar plants installed in 2013 and 2014 cost 11 cents per kilowatt-hour in South America, 12 cents in North America and over 31 cents in Central America and the Caribbean. 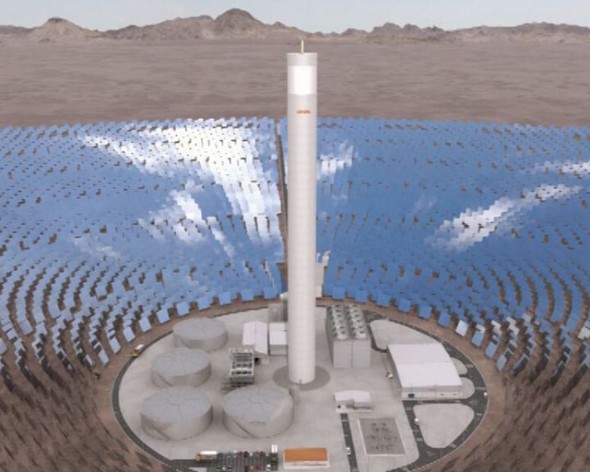 Model of the first solar energy plant in Latin America, due to begin operating in the Atacama desert in northern Chile in 2017. Credit: Abengoa Chile

The average cost of power generated by hydroelectric plants in South America was four cents per kWh.

Hydropower is the biggest renewable source in the region, but it is vulnerable to droughts, like the one currently affecting the south of Brazil. Brazil has 86,000 megawatts (86 gigawatts) of installed hydropower capacity, Mexico has more than 11,000 MW (11 GW), Argentina 10,000 (10 GW) and Colombia almost as much, according to IRENA’s figures.

Climatescope 2014’s report on “Mapping the global frontiers for clean energy investment” states that Brazil attracted as much as 96.3 billion dollars of investment between 2006 and 2013 for renewable energy development.

Renewables now represent 15 percent of Brazil’s total installed capacity of 126 gigawatts, according to the Climatescope document, which contains 55 country profiles compiled by the Multilateral Investment Fund of the Inter-American Development Bank, in partnership with public and private entities from several countries.

Mexico’s renewable energy sector attracted investments of 11.3 billion dollars in the period 2006-2013. The country has a total installed electricity capacity of 64 gigawatts, of which five percent is contributed by renewable sources.

Ventura, of ECLAC, predicted that oil prices will stabilise in 2016 at between 70 and 80 dollars a barrel, a moderate level compared to the average price in 2013 of over 100 dollars a barrel.

“At these prices, there is a viable niche for renewable power. Investors could find stability in the field of electricity,” he said. In his view, the region should aim for a diversified energy matrix, with wind, solar and geothermal power.

“There is unstoppable inertia; many projects under construction will soon be operating , so growth is continuing. There are renewable energy tendering schemes in the pipeline that are not going to stop,” Ventura said.

Argentina wants eight percent of total demand to be provided by renewable sources by 2016.

Chile’s goal is for 20 percent of its electricity to be provided by renewable sources by 2025.

Mexico has set targets of 23 percent of consumption to be supplied by clean energy sources by 2018, 25 percent by 2024 and 26 percent by 2027.
In Ventura’s view, these goals underpin regional plans to reduce polluting emissions by cutting fossil fuel consumption in spite of the current situation of low oil and gas prices.

Rincón, the university professor, said people’s awareness should be raised so that citizens exert pressure for legal changes to be made “in accordance with their demands, not with the interests of small, powerful groups.

“We need a transition towards low-cost energy systems, and renewable resources are heaven-sent: they are free,” he said.

In his view, “It’s a matter of getting the sums right. How much does a wind park or solar installation cost, over its planned service life, compared with continuing to build combined cycle plants?” he asked.

Mexico adopted an energy reform in August 2014 that opened up the entire sector to private local and international capital, including electricity generation from renewable sources.

The package of laws governing the reform includes one on geothermal energy, a resource that the authorities particularly wish to promote.