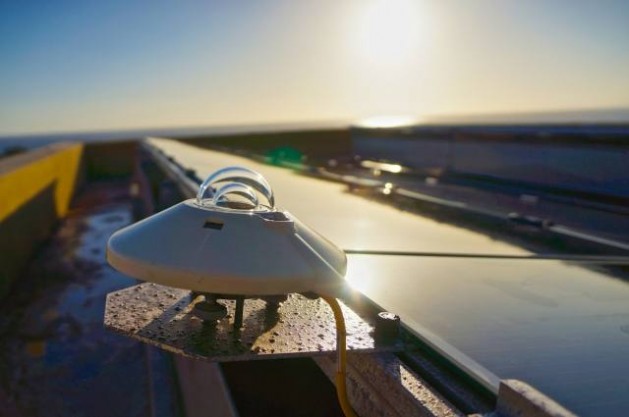 SANTIAGO, Oct 8 2013 (IPS) - The mining industry in the north of Chile, the world’s leading producer of copper, is trying to partially satisfy its insatiable appetite for energy with a renewable, ever-available source: the sun.

Sunshine is abundant in the northern desert of Atacama, one of the hottest places on earth with one of the highest concentrations of solar energy: between 7.0 and 7.5 kilowatt-hours per square metre per day, according to studies by the University of Chile.

If solar panels were installed on an area of 400 square kilometres, the energy could cover all of the country’s needs.

At this time, 90 percent of the electricity generated in northern Chile is consumed by the steadily growing mining industry. The remaining 10 percent goes to residential use, businesses and the public sector.

Solar projects with a total investment of 1.4 billion dollars are being carried out in the region of Tarapacá, on the border with Bolivia. One of them, the Atacama Solar park, will generate 250 MW on 1,000 hectares with an investment of 773 million dollars.

In the same region, the Pica Solar Complex, involving an investment of 228 million dollars, will produce 90 MW for the energy grid that supplies the northern part of the country.

In Antofagasta, slightly to the south but 1,700 km north of Santiago, the state-run National Copper Corporation (CODELCO) inaugurated Calama Solar 3 in June 2012 – the country’s first industrial solar power plant, which will supply electricity to the area around the Chuquicamata mine.

The plant will have an installed capacity of one MW and will reduce carbon dioxide (CO2) emissions by 1,680 tons a year, according to CODELCO.

The mining industry’s interest in solar energy has emerged as projects for producing more traditional sources of energy, to fuel the industry’s growth, have run into difficulties one by one, mainly blocked by legal rulings aimed at protecting the environment from negative impacts.

The cost of energy in Chile has risen seven-fold in the last decade. And the mining industry is required to show a reduction in greenhouse gas emissions.

“The mining companies need different kinds of energy, including electric and thermal [for heating and transport],” Edward Fuentealba, a professor in the department of electrical engineering in the University of Antofagasta, told Tierramérica.

“Today, solar technologies can supply thermal energy, displacing diesel or gas, which would be profitable,” he added. Chile imports nearly all of the fossil fuel it consumes.

Solarpack, the Spanish company that is building Calama Solar 3, claims it is the world’s most productive photovoltaic plant per unit of installed power.

The company had already built Calama Solar 1 and 2, which generate nine MW each. And in March it began to build the 25 MW Pozo Almonte Solar plant in Tarapacá, to supply 13 percent of the daytime energy needs of the Doña Inés mining company in Collahuasi. According to Solarpack, this plant will avoid the emissions of 50,000 tons of CO2 a year.

But despite the enthusiasm, solar energy has limitations because it is not available 24 hours a day, Fuentealba explained.

“Today it can cover only a limited percentage of demand, less than 20 percent, whether through non-concentrated or concentrated photovoltaic technologies,” he said.

Concentrated photovoltaic technology uses lenses or other optics to concentrate a large amount of sunlight onto a small area of photovoltaic cells.

“Storage is the hurdle to providing energy during the hours without sunlight,” he said.

But in the next few years, “we are sure that we will be able to increase that percentage, to gradually displace fossil fuels until we have a system dependent solely on clean energy sources,” Fuentealba said.

Chile’s undersecretary of energy, Sergio del Campo, told Tierramérica that alternatives currently being studied include storing solar energy in molten salts, which are a mixture of sodium nitrate and potassium nitrate, both of which are produced in the north.

This technology would make a round-the-clock energy supply possible, because part of the captured heat is used to heat the molten salts up to 570 degrees C in a large tank that produces steam at night, which turns a turbine that generates electricity.

“This storage could increase production to cover up to 80 percent of demand, or even 90 percent,” del Campo said.

In the long term, “solar energy, with a price similar to that of coal, could be a real alternative for the north,” he said.

But Juan Carlos Guajardo, executive director of the Centre for Studies on Copper and Mining (CESCO), does not believe the solution for the mining industry’s energy shortages lies in sunlight.

It was the mining industry’s unsatisfied demand for electricity that drove up the costs, and both problems can only be solved with large-scale solutions that offer an abundant supply of energy, Guajardo told Tierramérica.

Generating electricity using thermal, coal or diesel-fired plants, or hydropower, could provide an answer, he said. But environmental and social conflicts are hindering, or have even entirely blocked, these kinds of initiatives.