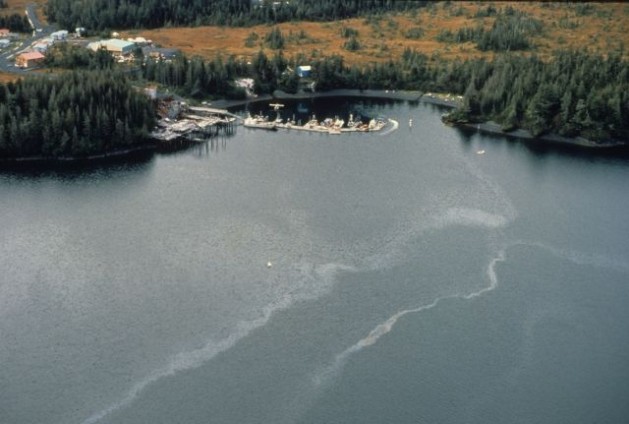 As early as 1981, more than a decade before the first meeting of the United Nations Framework Convention on Climate Change (UNFCCC), leaders at oil giant Exxon acknowledged the connection between fossil fuels and climate change.

“Their aim was to sell doubt. They don't have to disprove climate change, [they] just have to make people believe there was not consensus." -- Nancy Cole

The revelations emerged as part of a report released by the Washington, D.C.-based Union of Concerned Scientists (UCS), called the Climate Deception Dossiers, which explores the tactics promoted by companies such as ExxonMobil, Shell, Peabody Energy, Chevron and Conoco-Phillips to undermine climate science.

“They were already factoring the risks of climate change in their business as early as 1981, and 34 years later they continue to lie to the people and undermining climate science”, Nancy Cole, Director of Campaigns for the UCS Climate and Energy Program and contributor to the report, told IPS.

The Dossiers show how Exxon and other major companies funded a vast disinformation campaign that included climate deniers, contrarian think tanks and public relations firms, with evidence pointing in their direction as recently as 2015.

“Their aim was to sell doubt. They don’t have to disprove climate change, [they] just have to make people believe there was not consensus,” said Cole.

One of the climate rebukers is Wei-Hock “Willie” Soon, an engineer affiliated with the Harvard-Smithsonian Center for Astrophysics who received more than 1.2 million dollars in big-oil funding between 2001 and 2012 and whose salary relied exclusively on their grants, according to UCS.

For years, Soon’s academic papers have largely overstated the solar influence in global warming and have been methodically discredited by fellow researchers, scientific journals and the Intergovernmental Panel on Climate Change (IPCC), but have been used by conservative politicians and big oil companies to cast doubt on the climate consensus.

A 2014 e-mail by climate scientist Lenny Bernstein, an Exxon employee during the 1980s, revealed that the company was aware as early as 1981 of CO2 emissions. The oil giant decided against exploring the Natuna gas field, off the coast of Indonesia, after being alerted about the massive amount of CO2 trapped in it and the potential for future carbon-cutting regulations.

If exploited, its release would have been the single largest source of global warming pollution at the time, accounting to roughly one per cent of the world’s emissions in 1981.

“In the 1980s, Exxon needed to understand the potential for concerns about climate change to lead to regulation that would affect Natuna and other potential projects,” wrote Bernstein, a veteran of almost 30 years in the industry.

The full UCS report includes over 330 pages of document from around 85 internal company and trade association documents spanning 27 years.

For instance, during the 2009 discussion of the American Clean Energy and Security Act, which proposed a federal carbon emission reduction plan, the American Coalition for Clean Coal Electricity (ACCCE) hired a PR firm which forged letters from diverse organisations to lobby congressmen and women against the bill.

Another major player in the report is the American Petroleum Institute (API), self-proclaimed “only national trade association that represents all aspects of America’s oil and natural gas industry”.

A 1998 internal API strategy document outlines the roadmap devised to confront the ever-growing climate change science and explicitly aimed to confuse and misinform the public, by sponsoring contrarian scientists and targeting teachers, schools and students across the United States.

The document states that victory would be achieved when “average citizens ‘understand’ (recognize) uncertainties in climate science.” IPS reached out to API by e-mail but got no answer.

“It’s like what we discovered with tobacco – the more you push back the date of knowledge of the harm, the more you delay any remediation, the more people are affected,” Eubanks told DeSmog website.

This was echoed by Katherine Sawyer, the International Climate Organiser at the watchdog group Corporate Accountability International, who told IPS that “we wouldn’t let the tobacco industry create tobacco control policy, so why are we letting the fossil fuel industry create climate change policy?” – referring to their participation in U.N. processes.

Some fossil fuel companies appear, at least publicly, to be willing to contribute to a solution. Six major European companies (Shell, BP, Total, Statoil, BG Group, and Eni) sent an open letter to the UNFCCC and the French Government stating they can take faster climate action if governments provide a global interlinked system of carbon pricing.

“If governments act to price carbon, this discourages high carbon options and encourages the most efficient ways of reducing emissions widely,” states their letter.

But the decades-long opposition of fossil fuel companies has eroded their credibility among climate scientists, activists and much of the public.

“For 20 years, the world’s largest polluters have stymied progress in the UNFCCC by exerting undue influence over the treaty process—from direct lobbying to sponsoring the talks themselves,” said Sawyer, recalling that this year’s COP21 climate talks in Paris will be sponsored by corporations like EDF and ENGIE whose coal operations contribute to the equivalent of nearly 50 percent of France’s emissions

“In order for the UNFCCC process to create the meaningful policy our planet desperately needs, negotiators need to kick big polluters out,” she said.

Throughout the world, fossil fuel companies have been hit both in their image and their financial appeal after years of campaigning by divestment groups, organisations that promote getting rid of stocks, bonds, or investment funds linked to high-carbon industries such as coal, oil, and carbon.

“I definitely feel like the fossil fuel divestment movement is David against Goliath,” Perri Haser, lead organiser of the divestment campaign at Dartmouth College in New Hampshire, told IPS. “But here’s the thing about David and Goliath: we know how that story ends.”

A 2013 report highlighted how 90 companies, 50 of them publicly traded, were responsible for almost two-thirds of the world’s industrial carbon emissions over the past two and a half centuries.

That several major oil companies acknowledged risks from CO2 emissions as early as the 1980s doubles its significance since more than half of all industrial carbon emissions from 1750 onwards have been released since 1988.