Arul Louis, a New York-based journalist and international affairs analyst, is a senior fellow of the Society for Policy Studies. He can be contacted at arullouis@spsindia.in.

NEW YORK, Jul 20 2015 (IPS) - The Vienna agreement between Iran and the five permanent members of the United Nations Security Council acting in concert with Germany has the potential to remake international relations beyond the immediate goal of stopping Iran from acquiring nuclear weapons. 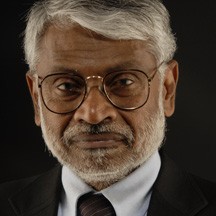 Its impact could be felt at various levels, from United States engagement in the Middle East to the interaction of the competitive global powers, and from the economics of natural resources to the dynamics of Iranian society and politics.

President Barack Obama has invested an inordinate amount of political capital on the deal, challenging many in the United States political arena and Washington’s key allies like Israel and Saudi Arabia in hopes that a breakthrough on Iran would be his presidency’s international legacy along with his Cuba opening.

Obama is gambling on the nation’s war-weariness after the Afghanistan and Iraq wars that took a total toll of 6,855 casualties and, according to a Harvard researcher, is costing the nation at least $4 trillion. He presented the nation with a stark choice: War or Peace.

“There really are only two alternatives here,” he said, “either the issue of Iran obtaining a nuclear weapon is resolved diplomatically, through a negotiation, or it’s resolved through force, through war.”

Even if Washington and Tehran don't recapture the closeness of the Pahlevi era, the U.S. will increase its options in the Middle East, a region posing a growing to the world threat from the Sunni-based Islamic State or ISIL.

Though the deal has been denounced by Republicans and some Democrats, and, earlier, the opponents had taken the unprecedented step of inviting Israeli Prime Minister Benjamin Netanyahu to make their case before Congress, Obama expects to carry the day. Even if Congress votes against the agreement, Obama reckons the opposition will not be able to able to get the two-thirds majority to override his threatened veto.

Obama’s Iran legacy, if it works according to plan, will not have the impact of Richard Nixon’s opening to China, but it still could mark the end of 36 years of virulent hostilities. Even if Washington and Tehran don’t recapture the closeness of the Pahlevi era, the U.S. will increase its options in the Middle East, a region posing a growing to the world threat from the Sunni-based Islamic State or ISIL. Right now Washington is hamstrung by unsure Sunni allies in the region.

Already in Iraq, the U.S. and Iran have been working with different elements on parallel tracks against ISIL. Obama has been blamed for pulling out U.S. troops from Iraq, although it was largely in keeping with his predecessor George W. Bush’s timetable, and for failing to reach an agreement with Baghdad on stationing some troops beyond the pullout deadline. These have been mentioned as factors leading to the rise of ISIL.

Now, there is a chance for Obama to redeem himself through the cooperation of Iran, even if they will not go to the extent of a formal agreement.

In the other ISIL flashpoint to the west of Iraq, there seems to be implacable differences on Syria. Tehran stands firmly by Syrian President Bashar al-Assad, whom Washington considers the irreconcilable foe of peace in that civil war ravaged country. Bridging this gap even if by face-saving measures would be the true test of a diplomatic shift.

The Iran nuclear issue takes the inevitable colour of a Shia-Sunni conflict. In the first place, the unspoken impetus for Tehran’s nuclear ambitions was Pakistan’s nuclear arsenal and the threat from its Sunni fundamentalists against Shias.

Now Pakistan’s stock will rise in Saudi Arabia and other Sunni nations as hedge, a Sunni-dominated nuclear power ranged against Iran, which they mistrust.

Add to this mix Israel, which has developed an unlikely alliance with Saudi Arabia. For Israel, the threat comes from fears of the millenarian trends among some Shia Muslims that could cancel out the insurance that Jerusalem, sacred to the Muslims, provides and Teheran’s venomous, ant-Semitic rhetoric.

But a more immediate issue for Israel is Tehran’s support for the Palestinian Hamas and the Lebanese Shia Hezbollah. The sanctions against Iran limited its potential financial and material backing for these organisations and the flow of funds after sanctions are lifted could boost Tehran’s adventurism, directly and through proxies, Israel fears.

On the global diplomatic front, the Iran deal is a break from the incessant U.N. Security Council squabbles that have hobbled it as issues like Ukraine, Syria, the South China Sea and assorted hotspots in Africa burn. Russia and China showed they could work intensively with the West. Moscow even earned plaudits from Obama for its role in facilitating the deal.

Russia and Iran share some common interests in places like Syria, Central Asia and the caucuses. An unbridled Tehran could more effectively cooperate with Moscow in these areas.

Economically, Russia, like other oil producers, may be hit by falling oil prices, but the diplomatic congruence and future arms sales could compensate.

For the European Union and China, the deal opens up business opportunities in a nation with tremendous economic potential along with lower oil prices.

Iran has the fourth largest known reserves of oil and its current production of 1.1 million barrels could soar to four million within a year. For most of the developing world, further reduction in oil prices will be a great help, even as it increases political and social pressures in some oil-producers.

The picture for India is mixed . It has been paying for Iranian oil imports in rupees while it has been exporting limited amounts of machinery and chemicals. The bilateral trade is in Iran’s favor and is estimated at about 14 billion dollars, with Indian imports at about 10 billion and exports at about 4 billion.

Now India may be able to buy more oil, but it will have to pay in rupees and its exports will have to compete with the rest of the world. With the prospects sanctions going away, India is already facing Tehran’s truculence in oil and gas and railway projects they had agreed on.

The Chabahar port project remains the strategic cornerstone of India’s ambitious engagement with Iran The port on the Gulf of Oman would give India access to Afghanistan and Central Asia bypassing Pakistan.

Chabahar is also a counterweight to Beijing’s Gawadhar project in Pakistan that would provide another sea outlet for China, Afghanistan and Central Asian countries.

On the nuclear nonproliferation front, the Iranian agreement chalks up a small victory after North Korean blatantly developed nuclear weapons. The world has been unable to confront Pyongyang diplomatically or militarily because of its mercurial nature leadership that borders on the insane.

For the Iranians themselves, the deal could ease up their lives and bringing back some normalcy. The bigger question is how it would play in the dynamics of Iranian politics. Supreme Leader Ayatollah Ali Khamenei approved the deal, but he has since expressed mistrust of the West in keeping its end of the bargain. That may be rein euphoria and send a message to the moderates.

Would the deal lead to a lessening of the paranoia among the religious and nationalist elements in Iran and in turn strengthen the moderates and push the present day heirs of the ancient Persian civilisation towards a relatively liberal modernity? If that were to happen Iran would have truly emerged from the shadows of international isolation.