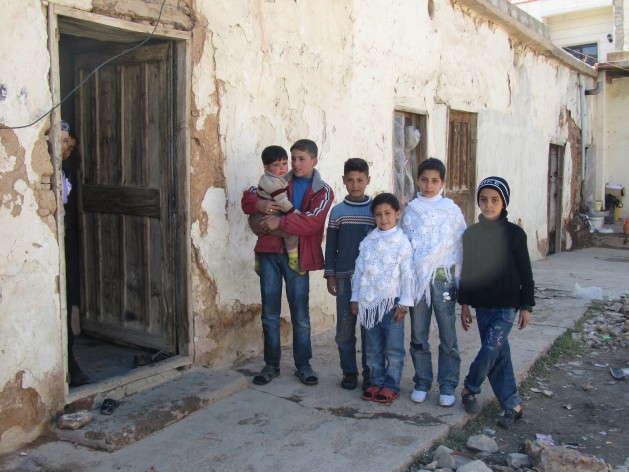 UNITED NATIONS, May 20 2016 (IPS) - Refugees are now more likely to live in cities than in refugee camps, bringing with them planning challenges but also opportunities for economic growth.

“Even if cities struggle to accommodate large flows of migrants, they also largely benefit from their presence and work,” said UN Deputy Secretary General Jan Eliasson, at a meeting on refugees and cities held here Wednesday.

When employed, migrants and refugees can bring a number of economic benefits including economic growth, job creation and a strengthened tax base.

In Jordan, new measures allow employers in the informal sector to obtain work permits for thousands of Syrian refugees. This will not only provide livelihood security for refugees, but it will also fill in existing gaps and boost local productivity in sectors such as manufacturing and construction. The International Rescue Committee (IRC) found that these sectors are not “typically attractive” to most Jordanian workers.

Formalising refugee workers can also help limit the growth of the informal sector which, according to the IRC, has led to the depression of wages and worsened labor conditions for both Syrian and Jordanians.

Author of a new study “Refugees Work: A Humanitarian Investment that Yields Economic Dividends”, Legrain found that refugees and migrants are more likely to start new businesses that create wealth, employ local residents, and stimulate investment. He cites the co-founder of Apple, Steve Jobs, whose father was a Syrian migrant.

Young refugees can also fill in labor and skills gaps in countries with ageing populations, such as Germany. Without migration, by 2030, Germany will only have two people of working age for each person of retirement age.

This will also provide a larger tax base, helping reduce tax burdens and improve public finances, the report stated.

In Berlin, a Syrian refugee co-founded MigrantHire, a recruitment platform that helps refugees acquire work permits and enter the information technology (IT) field. The city has an estimated 43,000 unfilled vacancies in the IT industry. Refugees with IT experience can therefore help the city fill in the gaps and help expand the booming sector.

“Policy makers should acknowledge the remarkable talents, energy, and dedication of so many fleeing violence and conflict, and appreciate them as the workers, taxpayers, entrepreneurs, and innovators they will one day become,” said Ruma Bose, President of Tent Foundation which helped published the study.

Representatives at the high-level meeting agreed, noting the importance of providing training and employment opportunities to create stronger, sustainable cities.

They also highlighted the need to counter the negative narrative that refugees and migrants are a “burden.”

“Let us build our policies on the realization of the value that migrants bring to our societies: economic and demographic growth, development and…the beauty of diversity in our nations states,” Eliasson stated.

However, in order to do so, the international community must step up and share responsibility, delegates expressed.

“Help us to stand on our feet,” said Representative of the Permanent Mission of Jordan to the UN Dina Kawar to the audience.

“Burden-sharing is not a joke, it’s not a slogan,” she said.

The high-level session comes ahead of the High-Level Summit on Large Movements of Refugees and Migrants which will be held here in September. The summit aims to bring UN member states together to establish a more coordinated approach to migration policy.

The meeting brought together numerous UN and civil society representatives to discuss challenges of sustainable urbanisation as cities are increasingly in the frontline of migration. Among such challenges is the economic integration of migrants and refugees.

“Migration is a natural phenomenon,” said International Organisation for Migration’s Director of the Secretariat of Migrants in Countries in Crisis Michele Klein-Solomon.

“It is not a problem to be solved, it is an issue to be managed,” she continued.

Eliasson noted that the task of integration must be focused on cities. “It is in cities where most migrants and refugees in the end will settle,” he stated.

By 2050, the UN Human Settlements Program (UN-Habitat) estimates that two thirds of the world’s population will be living in cities.

With 60 million displaced people globally and an average length of displacement of 17 years, more and more internally displaced persons (IDPs) and refugees live outside of traditional camp settings.

According to the UN Refugee Agency (UNHCR), only one-quarter of refugees live in camps.

Such communities often move to urban settings in the hope of finding job security and better access to services including health and education. In reality however, migrants and refugees often face barriers in accessing much needed resources.

This is in part due to the “urbanisation of displacement,” making it harder to identify and target refugees dispersed in host communities. Eliasson even stated that urban refugees are “often overlooked” and that the UN system itself is unable provide services to them “in the same way as we can in camps.”