Amid the Covid-19 pandemic and a projected rise in extreme poverty, a team of scientists says the world can no longer afford to overlook the role of forests and trees in poverty eradication. 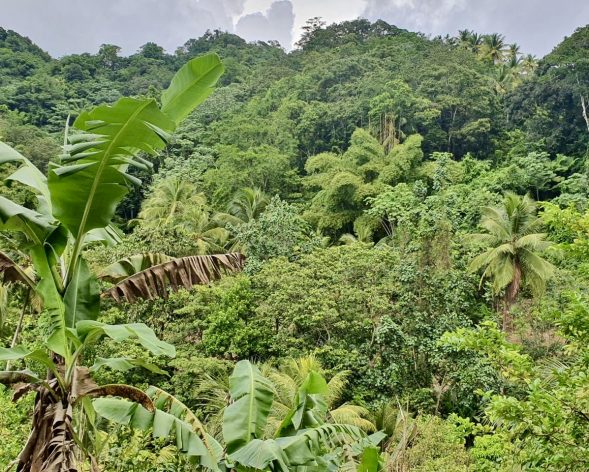 NEW YORK, United States, Oct 15 2020 (IPS) - With extreme poverty (living on $1.90 a day) projected to rise for the first time in over 20 years, a new study has concluded that global poverty eradication efforts could be futile in the absence of forests and trees.

Twenty-one scientists and over 40 contributing authors spent the last two years studying the role of forests and trees in poverty alleviation and ultimately, eradication.  The Global Forest Expert Panel issued its findings on Oct. 15, in a report titled, “Forests, Trees and the Eradication of Poverty: Potential and Limitations”.

The report comes amid two global challenges that are disproportionately impacting the poor and vulnerable – the COVID-19 pandemic and climate change. According to the United Nations, 71 million people are expected to be pushed back into extreme poverty in 2020, a major threat to Sustainable Development Goal 1, ending poverty in all its forms, everywhere.

Lead researcher and chair of the International Union of Forest Research Organisations Professor Daniel C. Miller told IPS that while forests and trees can help the severe losses at the intersection of climate change, zoonotic disease outbreaks and poverty alleviation, they continue to be overlooked in mainstream policy discourse.

“A quarter of the world’s population lives in or near a forest and trees actively contribute to human well-being, particularly the most vulnerable among us. This research hopes to bring to light the available scientific evidence on how forests have contributed to poverty alleviation and translate it in a way that is accessible to policy makers,” he said.

Globally forests are a vital source of food, fuel and ecotourism services. They also help to conserve water and soil resources and boast climate change mitigating properties such as carbon sequestration, the process of absorbing and storing carbon.

The report states that the rural poor need forests for subsistence and income generation, but in one of its chief findings, reported that inequality in the distribution of forest benefits continues to hurt the vulnerable.

“To illustrate, in large scale logging on indigenous lands or where marginalised people live, timber is the most valuable forest product, yet that value is often not accrued to the people who have to deal with the aftermath of not having forests anymore,” said Miller.

The researchers are hoping that the report can help to inform policy on issues such as equitable and sustainable forest use and conservation. Along with their findings, they have prepared a policy brief for lawmakers. That document takes a multi-dimensional look at poverty, assessing both the monetary value of forests and tree resources and their impact on human well-being, health and safety.

For two small islands in the Eastern Caribbean, the report’s findings complement ongoing sustainable forestry for poverty alleviation programs. In 2o16, Saint Lucia, which boasts 25,000 acres of forest or 38 percent of its land area, launched a 10-year forest protection plan. The country’s most senior forester Alwin Dornelly told IPS that this document was ahead of its time, as Saint Lucia’s is well in keeping with some of the report’s major recommendations.

“We simply cannot do without our forests. 85 percent of our country’s water sources are in the forests. Our fresh water supply depends on the trees. The plan underscores forest protection for lives and livelihoods; from charcoal for fire and timber for furniture to agricultural produce for household use and for sale by residents of rural communities. Sustainable use of forest resources is a hallmark of this plan,” he said.

The forestry department monitors the country’ eco-trails, popular with nature tourists who take part in camping, hiking and bird watching, activities that create employment for nearby residents and based on the sustainable forest livelihoods component of the 10-year plan. According to the global report ecotourism activities are among the practices that may lead to greater equity in forest benefits.

The report is also a morale booster for forestry officials on the island of Dominica, who are celebrating reforestation gains. Known for its lush, green vegetation, forests carpet 60 percent of the island and its Morne Trois Piton National Park is a U.N. Educational, Scientific and Cultural Organisation World Heritage Site. It has taken just over three years, but the country has recovered the almost one-third of forest coverage destroyed by Hurricane Maria in 2017.

“Dominicans have the right to reap the benefits of sustainable forest resources. We suffered 90 percent defoliage after the 2017 hurricane and 33 percent forest destruction. We are thankful for both natural regeneration and our national tree planting initiative. We have eight community plant nurseries and propagation centres for sustained reforestation – nurseries we hope turn handover for community ownership. We understand that forest loss is livelihood loss, especially for those in rural areas,” the country’s forestry chief Michinton Burton told IPS.

The English-speaking Caribbean is not wildly cited in the study, something Miller says falls under its ‘limitations’ segment, adding that more research is needed on smaller islands. The forest experts who spoke to IPS, however, say the report’s warnings, calls to action and findings are instructive for policy makers globally.

The researchers have made it clear that forests and trees are not a cure-all for poverty but are essential to the overall solution. With health experts predicting future pandemics due to ecological degradation and climate scientists warning that the Caribbean will experience more intense hurricanes like Maria, the report states that these challenging times call for a rethink of current poverty eradication measures. It adds that the ability of forests and trees to positively impact lives, health and livelihoods must be a central part of discussions to lift people out of poverty, particularly in rural settings.

The report was launched ahead of this year’s observance of International Day for the Eradication of Poverty, World Food Day and the International Day of Rural Women – three important days on the U.N. calendar that promote sustainable livelihoods, food security and poverty eradication.