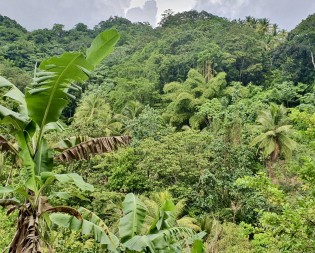 By Desmond Brown
Caribbean countries, struggling to emerge from a slump in exports and falling tourist arrivals brought on by the worldwide economic crisis that began five years ago, have one more thing to worry about in 2014.

By Desmond Brown
It has taken just eight inches of water for Jamaica to be affected by rising sea levels, with parts of the island nation have disappeared completely, threatening people's livelihoods and much more.

By Desmond Brown
Imagine Guyana and Dominica without forests and rivers, or Antigua, Barbados and St. Lucia without beaches.
Next Page »
ADVERTISEMENT ADVERTISEMENT