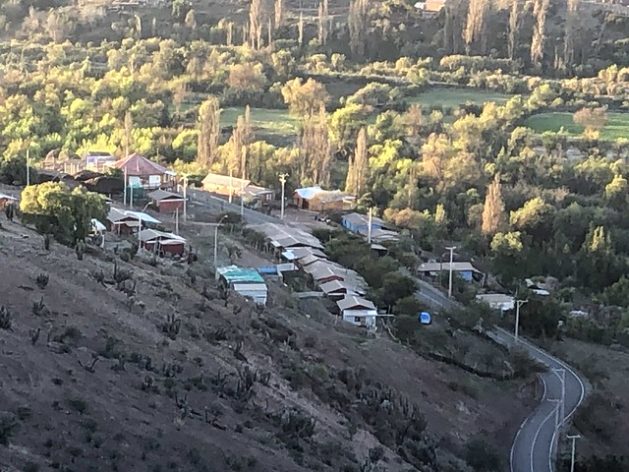 Small rural communities in the foothills of the Andes in northern Chile, such as this one in the municipality of Ovalle, are demanding to be included in the energy transition, with the installation of panels to take advantage of the abundant solar energy, lower the cost of electricity and boost the irrigation of their crops using pumps to store water, a scarce and rationed resource in the area. CREDIT: Orlando Milesi/IPS

SANTIAGO, Nov 10 2020 (IPS) - The Atacama Desert, a giant reservoir of solar power, is the battering ram of the transformation undertaken by Chile to decarbonise its energy mix, in a country with enormous potential in non-conventional renewable sources.

But the advantages have not yet reached ordinary people, nor have they brought about a modification of the economic model based on the export of commodities, according to experts.

In September, power generation in the national electrical system totaled 6,000 gigawatt hours (GWh), 20 percent of which came from NCRES. The proportion of NCRES peaked at 50.4 percent of the electricity generated, at 3:00 PM on Sept. 27.

And the upward tendency will continue because in that same month the capacity of NCRES under construction was 5,769 MW – 59 percent solar projects and 36 percent wind – according to the Chilean Association of Renewable Energy and Storage.

Energy Minister Juan Carlos Jobet stressed in October that in the last decade the cost of solar energy fell 80 percent in this country, and pointed out that Chile could build up to 70 times more renewable capacity than is currently installed.

NCRES projects currently in development or under construction exceed 20 billion dollars in investment.

Sara Larraín, director of the environmental organisation Sustainable Chile, told IPS that “Chile may well reach 70 percent NCRES by 2040 and probably 80 or 90 percent or more by 2050.”

That is when this South American country of 19.5 million people, whose long, narrow territory runs between the Andes mountains and the Pacific coast, could reach carbon neutrality.

Larraín described the Atacama Desert’s energy wealth as “infinite” and stressed that this is compounded by “the question of energy storage in batteries that is lowering the price: you can generate and feed the network during the day and store energy to deliver it from batteries at night.”

The Atacama Desert is the driest on earth and has the most intense solar radiation on the planet. Covering 105,000 sq km, it encompasses six northern regions that are home to just under 10 million people.

The Achilles’ Heel of NCRES

But there is an Achilles’ heel. So far the economic benefits have been reaped by large mining companies that pay lower energy prices, and by the power generators themselves that use a “fuel” without cost.

“Chile should use NCRES to solve the problem of energy poverty,” she argued.

“In rural areas there are people who still don’t have electricity, just as they don’t have drinking water,” she underlined. “And people living in slums do not have good electrical services. Chile should be concerned about bringing energy to the most precarious sectors because access to energy is a right.” 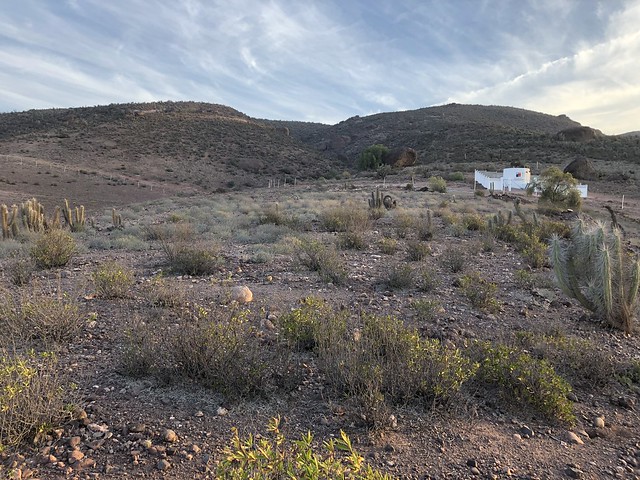 Thanks to the energy captured by solar panels, the people of Quebrada Santander can pump groundwater to the tank shown here, which was built at a height that allows the distribution of drinking water to 45 families of small farmers living in this community in the foothills of the Andes in northern Chile. CREDIT: Orlando Milesi/IPS

One small example was described by Francisco Santander, treasurer of the Rural Potable Water Committee in Quebrada Santander, a rural community in the Ovalle “comuna” or municipality in the Andes foothills in northern Chile. The committee provides 45 families with drinking water.

Solar panels in the village generate electrical power used to pump water from the intake well to tanks built at the top of a hill.

The committee, advised by technicians, periodically takes water samples and sends them to laboratories at the Ovalle hospital to ensure that health standards are met.

Thanks to the panels, farmers in Quebrada Santander save about 450 dollars a year on electricity.

The project was financed by the government, which then replicated the experience in three rural communities on the banks of the neighbouring Limarí River.

“Other farming communities that need water should be lent money,” Santander, the committee treasurer, insisted in an interview with IPS. “They have land for solar panels and tanks, but the land is idle, unable to produce.”

“There is no incentive for small farmers,” he said. “Small farming communities try to create partnerships with larger ones because there are no subsidies. Hopefully the initiative will be replicated because rural communities spend so much on water and electricity.”

One possible answer was provided by Ignacio Santelices, executive director of the private foundation Energy Sustainability Agency that is behind the Comuna Energy Plan.

He said that in September the foundation launched a competition for 712,500 dollars to co-finance 50 percent of comuna projects in energy efficiency based on NCRES, as part of their initiatives to promote sustainable development of the sector.

Another Achilles’ heel began to be dismantled in September, with new regulations for distributed generation, which finally enable small communities that produce solar power for self-consumption to sell their surplus to the grid.

Daniela Zamorano, project coordinator at the Institute of Political Ecology (IEP), explained during the launch of a Guide for Distributed Generation Cooperatives in October that the lack of regulations was a major obstacle to decentralised generation or citizen-produced electricity.

Manuel Baquedano, president of the IEP, told IPS that citizen-produced energy will be vital in the future. “Without it there will be no decarbonisation of the energy mix. People are not just clients but also managers, and solar energy is an instrument of democratisation and the fight against inequality,” he asserted.

The expansion of electricity generation based on NCRES will be key to lowering costs and, on a larger scale, to addressing the problem of severe air pollution in major cities, said the experts who spoke to IPS.

The former executive secretary of the government’s National Energy Commission, María Isabel González, cited a recent national survey that found that the most pressing problem for people in large Chilean cities is pollution.

According to González, who is now general manager of the energy consulting firm Energética, air pollution “can be successfully tackled with the electrification of consumption.”

Her aim is to eliminate firewood for cooking and heating and to move towards solar panels in all homes.

The growing generation of electricity from NCRES will also help address a third major issue: the Chilean export model based on raw materials and food products.

The director of Sustainable Chile said: “Energy development requires a vision of what the overall development of the country should look like, in which energy is one of the factors.”

“During irrigation season, the electric bills are huge. For fruit packing, for grain storage, energy is essential,” she said.

Minister Jobet concurred, stating that currently “Chile can be visualised as an exporter of renewable energy through its products: green copper, green hydrogen, green cellulose, food – and why not, new products that will have the comparative advantage of being produced here without a carbon footprint.”

Former energy minister Andrés Rebolledo told IPS that Chile has experienced “a kind of energy revolution” and that now this sector is “much more competitive, with some of the cheapest energy prices and a secure supply over time.”

“Without a doubt, we are still living a 2.0 transition towards a much more sustainable model,” said Rebolledo, who led the energy policy during the last two years of Michelle Bachelet’s second government (2014-2018), which embarked on a determined path towards an energy transition with the goal of reaching carbon neutrality.

Rebolledo added that based on NCRES “other forms of consumption are electrified, electromobility is taking important steps forward, and there is development not only associated with lithium and batteries but also with hydrogen and, indeed, with all technological development.”

The former minister agreed that there is still “a major challenge, which is extremely urgent as a public policy: the need to modify the electricity distribution law in force since 1982 so that the NCRES bring reductions for end users, households and small businesses.”

He also described the progress in distributed generation as insufficient, which he hopes will be overcome with the new regulations.

“Chile has tremendous potential” and can invest in “very productive energy resources, but this requires a significant initial investment, and the State has to play a more active role in this sense,” he said.