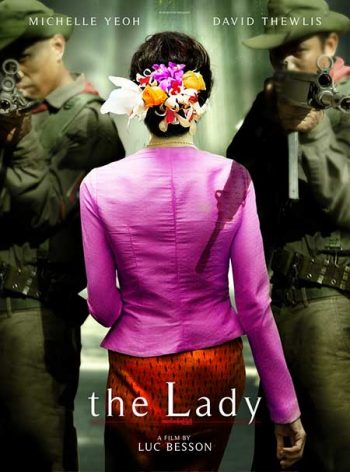 STOCKHOLM / ROME, Feb 23 2021 (IPS) - Myanmar’s State Counsellor was recently deposed and arrested along with other leaders of her ruling party – National League for Democracy (NLD). The Leader of Tatmadaw, the Military, Min Aung Hlaing, announced that elections in November last year had been fraudulent and in an “effort to save democracy” the military would now rule the nation for at least one year, until new elections could be organised. Counsellor Aung San Suu Kyi is accused of “importing ten or more walkie-talkies” and of violating the nation’s “Natural Disaster Law”. Some might agree that Suu Kyi deserves to be locked up. As an admired role model and Nobel Peace Prize winner, she was globally depicted as an almost saintlike being, canonized in movies like Luc Bessons’s The Lady. U.S. Secretary of State, Hillary Clinton, watched the movie before she in 2011 visited Suu Kyi, who by then had spent altogether fifteen years in house imprisonment, deprived of the company of an ailing and eventually dying husband and two sons. In spite of her forced isolation she became an eloquent representative for her compatriots’ resistance and perseverance under almost fifty years of military dictatorship.

Since 25 August 2017, over 742,000 Rohingyas have fled to Bangladesh. While Thailand continues to host some 99,000 Burmese refugees in nine temporary camps along the Thai/Myanmar border. The inmates are in their great majority ethnic Karen, who have fled eastern Myanmar due to army persecution. Furthermore, there are approximately 600,000 Burmese migrant workers residing in Thailand. The income gap in Myanmar is among the widest in the world, while a large proportion of the economy remain in the control of supporters of the military.

The 2020 election proved Suu Kyi’s popularity among the majority of Myanmar’s electorate. She is after all the daughter of the nation’s founding father, Aung San, who together with seven council members was murdered in 1947, on the brink of Burma’s liberation from sixty years of British colonial rule. None of the perpetrators were caught, but a former prime minister placed by the British was hanged as instigator of the crime. It was later established that the killers had been provided with arms by “low-ranking British officers”. Upholding her father’s inheritance as a fighter for the rights and well-being of the Burmese people, Suu Kyi suffered intimidation and discrimination from the military regime, as well as being targeted by several murder attempts. Why is such a brave woman now is severely criticised by international governments, UN organisations and human rights groups?

For sure, no role model is exempt from human flaws. As a convinced Buddhist and proud Bamar it might happen that Suu Kyi fears Muslim fundamentalism and ethnic disaggregation, at the same time as she has to safeguard support from her acolytes. Furthermore, being a gifted speaker and author does not automatically make you into a stout politician and economist. After becoming State Counsellor, Suu Kyi has been globally criticised for her failure to effectively address Myanmar’s economic and ethnic problems. The latter has since the end of World War II caused one of the worlds biggest ongoing refugee crises and continuous ethnic cleansing. Furthermore, a slow economic recovery and a weakening of the freedom of the press have led to a mounting criticism of Suu Kyi’s leadership, which by foreign media has been described as “imperious, distracted and out of touch” (The Economist, 26 Oct. 2017).

The government of Myanmar recognizes 135 different ethnic groups, about 70 percent is constituted by the Buddhist Bamar people, who speak Burmese and live on the river plains and in the delta. The country is since 1948 a confederate nation, though a significant number of minority peoples demand increased self-government, and even nationhood, something that in several areas have resulted in endemic armed struggle.

One of these minorities are the Rohingyias, of whom most are Muslims and reside in the western Rakhine state, bordering the sea and Bangladesh. This area has for centuries above all been influenced by “Bengali People”, strengthened by British colonial rule that integrated Burma with its colonial Indian empire, the Raj, causing a strong influx of Bengali workforce and traders, an influence resented by several Burmese. During World War II many Muslims joined the British army, while Burmese, among them Aung San, Suu Kyi’s Father, sided with the Japanese invaders, hoping for liberation from British rule. By the end of the war the Japanese supporting Burmese Army, lead by Aung San, changed sides and ousted the Japanese alongside British troops.

The Myanmar government has until now considered Rohingyas as colonial and postcolonial migrants, while avoiding the term Rohingya by referring to them as Bangali. Under the 1982 Myanmar Sate Nationality Law approximately 1.5 million Rohingyas are denied Burmese citizenship; their freedom of movement is restricted and they are excluded from state education and civil service. In 2012, the Burmese President declared that all Rohingyas should be deported or placed in UNHCR refugee camps, while Suu Kyi recently has stated that a proper investigation is needed to find out which country the Rohingya people should belong to. 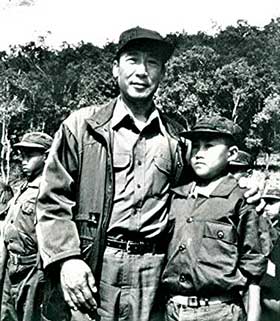 After a militant group, the Arakan Rohingya Salvation Army (ARSA) in 2017 killed 99 Hindus the Myanmar military conducted a violent campaign against the entire Rohingya population and 690,000 Rohingyas fled across the border to Bangladesh, where most of them now remain confined in huge refugee camps. At the same time, ethnic conflicts escalated in the north-eastern federal states of Shan and Kachin causing thousands of refugees to enter China.

On 13 September 2017, Suu Kyi announced that she would not be attending a UN General Assembly debate to discuss the Rohingya humanitarian crisis and in December 2019, she defended in the International Court of Justice at the Hague the Burmese military against allegations of genocide. In her speech of over 3,000 words, Suu Kyi did not use the term Rohingya and stated that the allegations of genocide were “incomplete and misleading”, claiming hat the situation had actually been a legitimate Burmese military response to terrorist attacks. Suu Kyi’s government has apparently taken steps to issue ID cards for residency for Rohingyas, but so far they have not been given any guarantees of citizenship.

It is unreasonable to put all the blame of the wrongdoing of an entire government on one specific woman, just as well as it is wrong to canonize a living person, particularly within such an extremely complicated situation as the one prevailing in Myanmar. However, it might be viable to accuse the military leadership from profiting from endemic ethnic tensions and use them as a means to increase their power and enrichment.

In 1962, the Burmese military overthrew a corrupt government and instituted military rule. The state ideology came to be known as The Burmese Way to Socialism and aimed at centralizing the economy, as well as limiting foreign influence on businesses. The emphasis on socialism and nationalism projected an image of the army as a revolutionary institution able to ensure the population’s “social demands”. The military government nationalized the economy while pursuing a policy of autokraty, self-sufficiency, involving economic isolation from the world. However, the implementation of autokraty eventually led to the growth of the black market and rampant smuggling, while the central government slid into bankruptcy.

The constant struggle with separatist armed groups in federal states bordering China, Laos and Thailand toughened the army and turned it into an effective war machine, as well as the constant fighting became an excuse to militarise vast areas, providing the army with control of lucrative natural resources, like timber, petrol, natural gas and the mining of gems, zinc, copper and lead. During the decades leading up to 2011 two military-owned conglomerates, Myanmar Economic Corporation (MEC) and Myanmar Economic Holding Ltd (MEHL) made it possible for military leaders and associates to grab licenses, land and economic concessions. At the same time Government bureaucracy was dominated by retired military personnel. Suu Kyi’s government eventually became bolder and in 2019 gradually began to de-militarise the country, a major achievement was ending the military-controlled Ministry of Home Affairs’ right to appoint government officials across the country.

If Besson’s The Lady focused on Ms. Suu Kyi as a human rights’ icon, Ridley Scott’s 2007 movie American Gangster paid attention to Khun Saa, a war lord in the federal state of Shan. Saa’s opium founded empire may serve as an illustration of the fatal symbiosis between Myanmar military regimes, illegal drug trade and ethnic guerillas. Khun Saa originally received equipment and training from both the remnants of the Chinese Kuomintang army and the Burmese army. Between 1976 and 1996 he commanded a private army, alternately fighting and co-operating with the Burmese military, as well as Laotian and Thai generals. During the Vietnam War he co-operated with corrupt U.S. officers. During the 1980s the share of heroin sold in New York originating from the so called Golden Triangle rose from 5 to 80 percent. Khun Sa was responsible for almost 50 percent of the U.S. heroin trade.

In return for fighting local Shan rebels the Burmese army allowed Khun Saa to use their land and roads to grow, process and trade heroin and several Burmese military leaders profited from this co-operation. In 1996, Khun Saa disbanded his army and moved to Yangon. After his retirement some of Khun Saa’s forces joined the Burmese military, others fought the Government, while Khun Saa engaged in “legitimate” business, especially mining and construction. After his death in 2007 Khun Saa’s children have remained as prominent business people in Myanmar.

Myanmar is after Afghanistan the world’s largest producer of opium and the greatest manufacturer of synthetic opioid fentanyl, which is 50 times stronger than heroin. Its production is rising and it is known that militias from the northern Shan State are allied with government troops, which are engaged in resource extraction, logging, money laundering and, of course, illicit narcotics. A constantly unruly and militarised countryside benefits from illicit activities, enriching both sides of a conflict, a reality which combined with the self-interest and economic power of a military regime do not bode well for Myanmar’s future.

Nevertheless, let us hope that the latest unfortunate development will be a wake-up call for Myanmar’s young people, whom a taste of democracy has made aware of how power abuse has infested military leaders, who consciously have used ethnic strife to benefit their politics and economy. Maybe peace, solidarity and prosperity now are coming to the forefront in the minds of young people who for so long have been poisoned by political narratives about ethnic minorities.