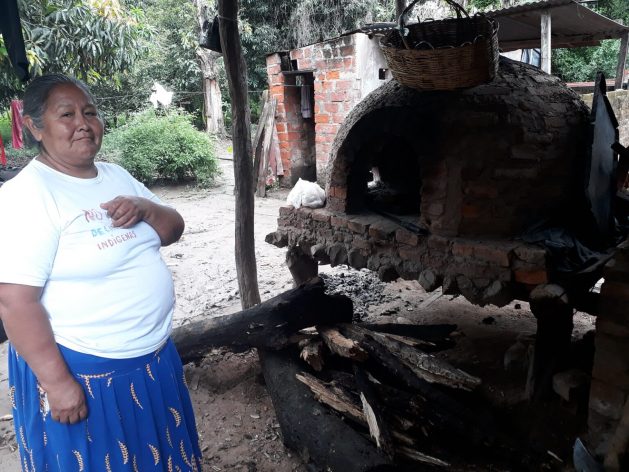 Aida Valdez stands outside her home in the Guaraní indigenous community of Yariguarenda, in northern Argentina, in front of the wood-burning oven she uses to cook - an example of energy poverty in vulnerable rural communities in Latin America. CREDIT: Daniel Gutman/IPS

MEXICO CITY, Dec 15 2021 (IPS) - The effects of the covid-19 pandemic and high energy prices have had an impact on the consumption of polluting fuels in Latin America and the Caribbean, exacerbating energy poverty in the region.

In some countries there is evidence of an increase in the use of charcoal and firewood. But there have been few studies to reflect this, because it is a recent development and there has been a tardy focus on the behavior of vulnerable sectors in response to the new realities they face.

Macarena San Martín, a researcher at the non-governmental Energy Poverty Network (RedPE) in Chile, said the phenomenon goes beyond the notion of access to electric power, and includes aspects such as the quality and affordability of energy.

“In all Latin American countries, the problem is considered one-dimensional, but multiple factors must be considered,” she told IPS from Santiago. “Access has been seen as a question of: can you plug something in? If you can, it’s solved. While today they have access, that does not necessarily guarantee that energy poverty has been eliminated. There are also problems of efficiency.”

In central Chile, many people use kerosene, a hydrocarbon derivative, and natural gas for household use and heating.

Due to the pandemic, a Basic Services Law has been in force since May, by means of which vulnerable electricity and gas users may defer payments, without the risk of being cut off. But this benefit expires on Dec. 31, so the beneficiaries will have to start paying off what they owe next February, up to a maximum of 48 monthly installments.

The Economic Commission for Latin America and the Caribbean (ECLAC) establishes that a household suffers from energy poverty when it lacks equitable access to adequate, reliable, non-polluting and safe energy services to cover its basic needs and sustain the human and economic development of its members, and spends more than 10 percent of its income on energy costs.

Although access to electricity averages more than 90 percent in the region, in rural areas and urban peripheries more than 10 percent of households lack electric power in some cases, such as in Bolivia, Honduras, Haiti and Nicaragua, according to September data from ECLAC. 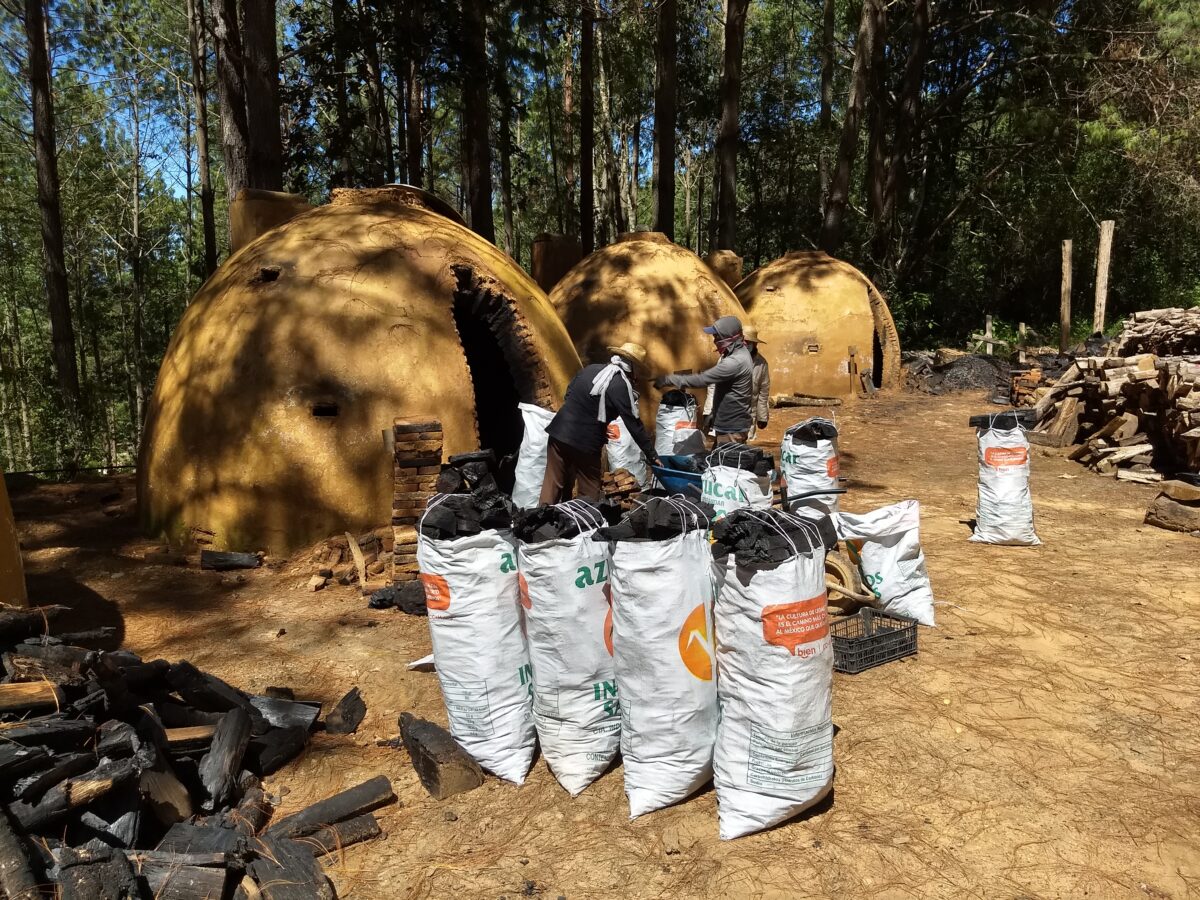 This charcoal factory in the state of Oaxaca in southern Mexico is an example of an ecological initiative that has not managed to curb the consumption of coal, despite rising prices, or the consumption of hydrocarbons. CREDIT: Emilio Godoy/IPS

Latin America and the Caribbean is the most unequal region in the world, according to international organizations, and this is reflected in the energy sector. While a minority can afford to install solar panels on their homes or drive an electric or hybrid gasoline-electric car, the majority depend on dirty energy or polluting transport.

When spending is highly unequal, as in this region, the resulting energy inequality tends to grow, concluded a 2020 report by three researchers from the School of Earth and Environment at the private University of Leeds in the UK.

Another report, entitled “Las luces son del pueblo (the lights belong to the people); Energy, access and energy poverty” and published in November by the non-governmental Observatorio Petrolero Sur, based in Argentina, puts the number of people lacking access to electricity in this region at almost 22 million, equivalent to 3.3 percent of the total population of 667 million people.

In addition, 12 percent of the region’s population use non-clean sources for energy services, as in Guatemala, Honduras, Jamaica, Nicaragua and Paraguay.

In the residential sector, the energy mix is based on kerosene, natural gas, firewood, electricity and liquefied gas. 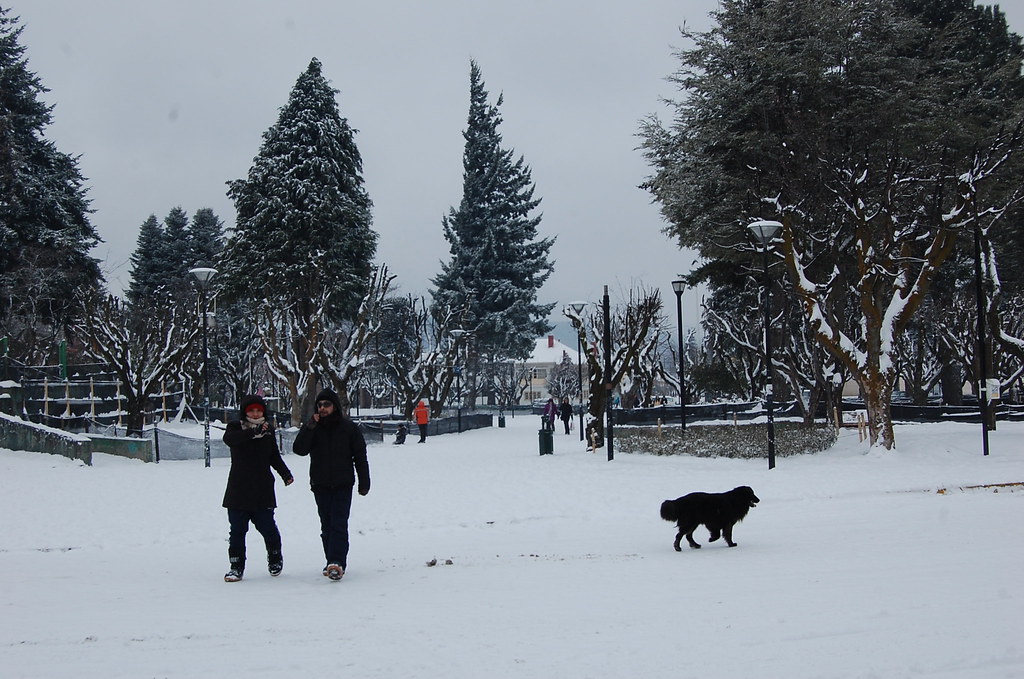 The beauty of the snowy streets of Coyhaique, the capital of the southern Patagonian region of Aysén, belies the fact that it is the most polluted city in Chile, mainly due to the use of wet firewood to heat homes in an area where temperatures plunge in the wintertime. CREDIT: Marianela Jarroud/IPS

In Argentina, official figures indicate that more than one-fifth of the population lives in energy poverty, despite subsidized electric and gas rates.

In December 2019, shortly before the outbreak of the covid pandemic, the Social Solidarity and Productive Reactivation Law came into force in the Southern Cone country, which includes a revision of gas and electricity tariffs to avoid excessive increases, for the benefit of the economically vulnerable population.

Jonatan Núñez, a researcher at the Institute for Latin American and Caribbean Studies at the public University of Buenos Aires, links the lack of access to electric service in the region to income level.

There is a link “to formal employment, which not only guarantees access to a certain level of income, but also to renting housing in certain areas, and the possibility of gaining access to areas with better energy infrastructure. In poor neighborhoods, there is no access to electricity or gas networks. They are put in place manually and that generates blackouts or precarious conditions that can cause fires,” he told IPS from Buenos Aires.

In Mexico, poverty rose as a result of the pandemic, affecting up to 58.2 million people, or 43.5 percent of the total population, according to official data released in September. This meant a more than six percent increase in poverty compared to 2018, despite the millions of government social programs aimed at tackling chronic poverty in the country.

In urban areas, liquefied petroleum gas and gasoline experienced the largest price hikes, while in rural areas, coal and firewood reported the highest increases, perhaps as a substitute for fossil fuels.

Due to the rise in gas prices, driven by international prices, the Mexican government created the state-owned company Gas Bienestar, which sells natural gas at a subsidized price with a ceiling. 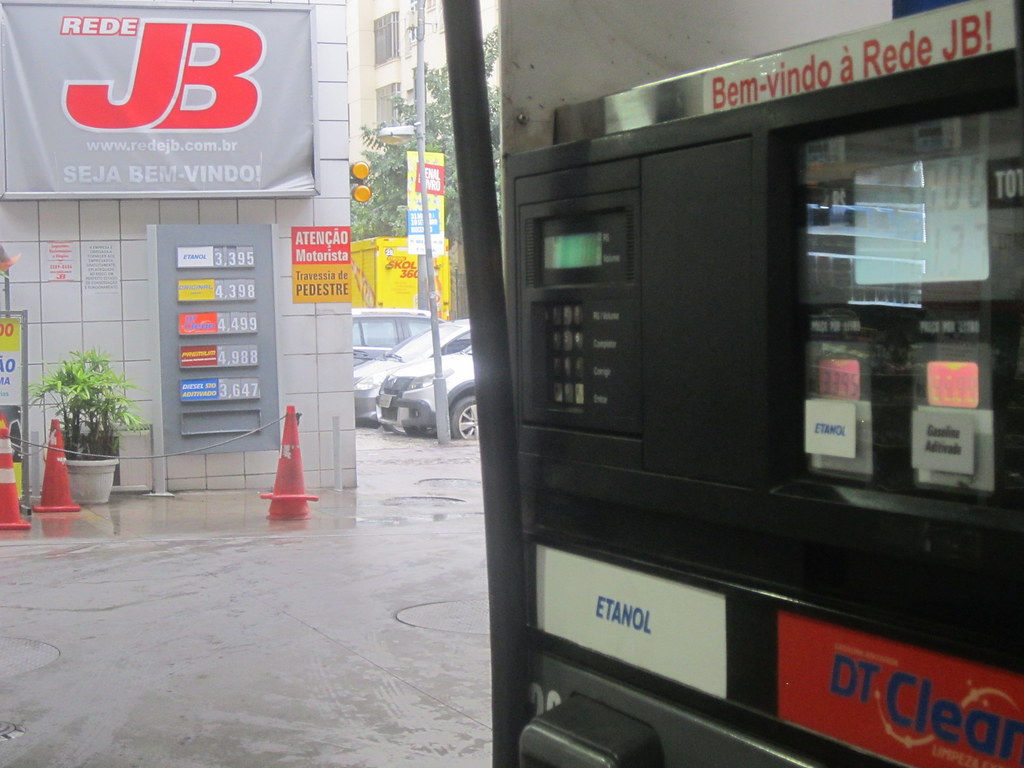 At most service stations in Brazil, consumers can choose between gasoline and ethanol at the pump. But consumers only use the biofuel when its price is favorable compared to gasoline. CREDIT: Mario Osava/IPS

Brazil, where poverty was already on the rise before the pandemic, is also facing higher domestic gas prices and the consequent increase in firewood consumption.

Brazil is a pioneer of the energy transition because of its promotion of clean energy and the low level of polluting fuels burnt in households. But in the region’s largest economy the burning of firewood has overtaken bottled gas since 2018, a trend that has been exacerbated since then, according to figures from the government’s Energy Research Company (EPE).

The existence of subsidies and frozen rates makes it more difficult to estimate energy inequality, as they do not reflect real costs, according to the experts consulted.

This initiative seeks to ensure universal access to modern energy services and to double the global rate of energy efficiency improvements and the share of renewable energies in the global energy mix.

In addition, energy poverty stands in the way of reaching goal seven of the 17 Sustainable Development Goals (SDGs), which aims to ” Ensure access to affordable, reliable, sustainable and modern energy for all” as part of the 2030 Agenda, adopted in 2015 by the members of the United Nations.

San Martín, the Chilean expert, said governments face a “complex problem” because there are many demands and difficulties.

“The planet is not infinite. The challenge must be adapted to the situation of each society and to territorial and cultural conditions. We have to work on how we use energy. The energy transition must consider access, quality and equality and it must be taken into account that we cannot continue spending beyond the planet’s capacity,” she said.

Núñez from Argentina said the solution is to consider energy as a right rather than a commodity.

“The response has been quite weak. Most of the energy consumed comes from gas-fired thermal power plants and hydroelectric plants, which are granted in concession to private companies. Services are still in the hands of private companies,” he stressed.