MELBOURNE, Australia, Mar 16 2022 (IPS) - The recently published “No 1 central policy document” (“No 1 document”), China’s national blueprint for rural policy, further demonstrates Beijing’s commitment to safeguarding food security and advancing rural revitalisation. The document’s release comes against an increasingly complicated geopolitical environment which, along with factors, such as disruptions to the global food chain supplies and worsening climate change impacts, have forced Beijing to rethink how its national goals can be achieved. 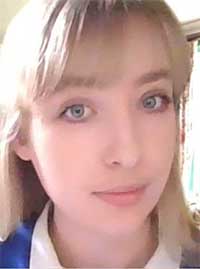 For the past few decades, safeguarding food security has been a critical goal for the Chinese central government. Over the past decades, Beijing has aimed to strengthen its focus on food security by diversifying imports (e.g. Food Silk Road), decreasing domestic consumption, and increasing its agricultural production. More recently, speculation has grown over the likelihood of the Chinese central government approving the commercialisation of genetically modified (GM) crops and “future foods” (e.g. lab-grown meat and plant-based eggs) to help ensure China’s food security by increasing self-sufficiency.

The recently published “No 1 document” by the State Council, China’s cabinet, further demonstrates Beijing’s commitment to safeguarding food security and promoting rural revitalisation. The “No 1 document” is usually the first policy document to be released by the Chinese central government at the beginning of each year. As China’s annual rural policy blueprint, it sets out agricultural and rural development plans and tasks related to “the three rurals” (“三农”) (agriculture, rural areas, and farmers) for the coming year.

The areas of focus in this year’s “No 1 document” can be divided up into two major categories: safeguarding food security and supporting rural revitalisation:

Under this year’s “No 1 document”, China will continue to stabilise the full-year grain sown area and keep annual grain output above 650 billion kilograms. These goals follow the Chinese central authorities’ announcements of various plans and policies to encourage domestic agricultural production, including a new grain security law, annual grain production targets, and planting acreage targets. As Chinese president Xi Jinping and other top Chinese officials have publicly noted, such policies will ensure that “Chinese bowls are mainly filled with Chinese food”.

In recent years, the importance of the seed sector has grown, with top policymakers noting its significance to safeguarding food security and national security. Last year, for instance, China’s Minister for Agriculture and Rural Affairs, Tang Renjian, highlighted seeds as a critical component of food security. Minister Tang noted the importance of seeds, calling them “the ‘computer chips’ of agriculture,” and cultivated land, the “‘lifeblood’ of food production.”

As part of the efforts to safeguard China’s food security, the Chinese government will introduce measures to vitalise the seed sector according to the “No 1 document”. This includes but is not limited to undertaking efforts to strengthen intellectual property (IP) rights protection in the seed sector and advancing progress on agricultural seed sources.

The Chinese government will continue promoting rural revitalisation as part of efforts to avoid the re-emergence of widespread poverty in the countryside. First put forward by President Xi in 2017 as a vital national initiative, rural revitalisation is a critical component of the Chinese government’s 2020-2025 work plan. The strategy aims to turn China into “a modern, socialist country that is prosperous, strong, democratic, culturally advanced and harmonious” by 2049. As highlighted in the “No 1 central policy document, ” a primary aim of the rural revitalisation strategy is the push for digital rural transformation. Notably, the document proposed establishing measures to help rural households at risk of falling back into poverty.

In addition, this year’s “No 1 document” has set out policies to support the rural economy and the sustainable development of the countryside. The overarching aim of this is to solve China’s imbalanced and inadequate development issues in agriculture, rural areas, and rural residents. Aside from boosting domestic agricultural production, this also includes, for instance, encouraging the development of the solar power industry in various regions for a sustained source of additional income for residents. Further supporting other income streams for residents and the digital rural transformation, the policy document encourages promoting e-commerce and live streaming in the countryside. This may boost the sales of domestic agricultural products, which would further intersect with other policies such as dual circulation.

By undertaking such initiatives, the gap in living standards between urban and rural residents and between richer and poorer provinces may be reduced. This could thus mitigate the consequences of China’s rising socio-economic inequalities such as social, economic, and political instability.

The “No 1 document” for 2022 further emphasises China’s inter-connected ambitions of encouraging rural revitalisation and safeguarding food security. Although the blueprint sets out policy goals to transform China and the lives of its rural residents while also protecting food security, realising these goals will not be without challenges. For instance, the push to increase domestic agricultural production to safeguard food security may encounter difficulties from factors including higher fertiliser costs, severe land and water contamination, water insecurity, and more frequent and extreme climate change-related events. This could also influence the success of the rural revitalisation strategy with, for instance, poor harvests and increased production costs alongside outbreaks of zoonotic diseases impacting the ability of farmers and other rural residents to earn money.

Furthermore, questions may be asked about the long-term sustainability of both significant aims. Noting the output target in the “No 1 document”, how much water and energy are needed for Chinese farmers to meet these targets? How much energy and water will be required to carry out rural revitalisation? Will competing domestic demands between urban, industry, and agriculture affect its success? How may this impact the food-water-energy nexus? To what extent could the expected energy consumption of rural revitalisation and increased agricultural production hinder Xi’s declarations that China will reach peak carbon emissions by 2030 and achieve carbon neutrality before 2060? To what extent can increased agricultural production in China safeguard the country’s food security and support rural revitalisation?