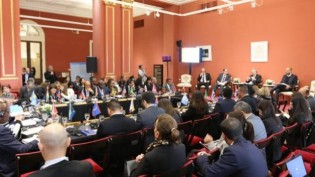 By Desmond Brown
Climate change has brought with it many challenges for the people of Antigua and Barbuda.

By Desmond Brown
Ruth Spencer, a solar energy pioneer in Antigua and Barbuda, says small non-governmental organisations (NGOs) have a crucial role to play in “the big projects” aimed at tackling the problems caused by the burning of fossil fuels, such as coal, oil and gas.

By Desmond Brown
Caught between its quest to grow the economy, create jobs and cut electricity costs, and the negative impacts associated with building an oil refinery, the Antigua and Barbuda government is looking to a mix of clean energy and fossil fuels to address its energy needs.