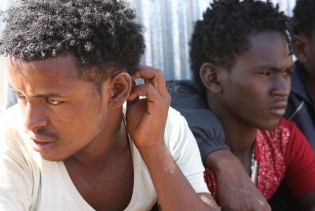 By James Jeffrey
It’s one thing to read about the exodus of souls flowing out of Eritrea, it’s quite another to look into the tired eyes, surrounded by dust and grime, of a 14-year-old Eritrean girl who’s just arrived on the Ethiopian side of the shared border.

By Stephanie Wildes
After what is remembered as the North Africa emergency of 2011, Italy is again seeing an increase in the arrivals of migrants, especially asylum seekers.