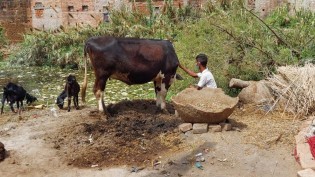 By Charity Chimungu Phiri
Patrick Martin, 14, and his brother Mayeso, 15, are safely home for the moment with their mother and other siblings in Kasonya village, Phalombe District in southern Malawi, after they and 12 other children were rescued from being trafficked to neighbouring Mozambique last month by their father.
ADVERTISEMENT ADVERTISEMENT