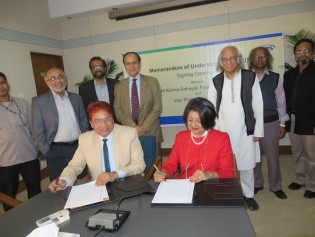 By AJ Correspondents
Syrian government troops are targeting media centres and news providers, Reporters Without Borders has warned after the killing of a citizen journalist and the destruction of premises belonging to two media centres within a week.

By Clarinha Glock
Indigenous communities in remote areas of Brazil have begun to recognise that they have the right to not be hungry, and are learning that food security means much more than simply having food on the table.
ADVERTISEMENT ADVERTISEMENT