In this column, Mario Lubetkin, Director of Corporate Communications at the Food and Agriculture Organization (FAO), writes that the U.N. organisation’s annual report on the state of food insecurity released on Sep. 16 attracted great media attention but lacked analytical coverage. Publication of statistics on hunger, he says, should not be seen as a single event but can only be understood as part a process of change with multiple, public and private stakeholders.

ROME, Oct 3 2014 (IPS) - It is common belief that good news is less interesting for the general public than bad news; ­this is why media coverage tends to focus on catastrophic events and disasters, both natural and man-made.

Fortunately, there are some exceptions: a report launched by the Food and Agriculture Organization of the United Nations (FAO) on Sep. 16 stating that hunger has dramatically decreased by 100 million people received widespread international attention, with more than 2000 articles published, including many stories in major media outlets.

Some of the articles expressed surprise over this improvement in the fight against hunger, apparently assuming that poverty and hunger in the world will only continue to increase. 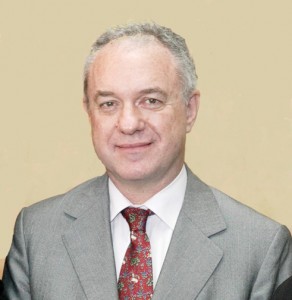 This extensive media coverage reinforces the importance of the news, not only because of the impressive numbers, but also because it reveals an ongoing trend towards a further reduction of hunger in the future.

In fact, recent FAO estimates show that the global reduction of hunger is continuing. For the period 2012-2014 the number of chronically undernourished people is estimated at 805 million people, 100 million less than a decade before, and 209 million less than in 1990-1992.

One aspect of hunger reduction that has not been analysed extensively by the media is the fact that 63 countries have already reached the first Millennium Development Goal (reducing hunger by half between 1990 and 2015), and that many countries have only one year left to reach this goal.

However, in spite of this progress, there are large disparities between regions. Sub-Saharan Africa is the region with the highest hunger rates and it has shown only modest improvements in recent years, as figures reveal that 1 in 4 people are undernourished. In several North African countries, however, the situation is more promising and levels of under-nutrition remain low.

“In order to claim victory, we need stronger efforts and better coordination among the actors that have already lifted millions of people out of poverty: governments, international organisations, non-state actors, the general public, and those who inform public opinion: the media”

Asia, the most populated region in the world, is home to the highest number of hungry people, but there are interregional distinctions: although there has been little improvement in southern Asia, improvements in East Asia and Southeast Asia are encouraging.

Latin America and the Caribbean have shown rapid progress, particularly in the south of the continent. One of the main reasons for this progress is the boost given by public policies promoting nutrition, many of them unique to the region, and some inspired by success stories in other countries, such as the Zero Hunger Programme in Brazil.

Still, it is clear that though we have won several battles in the fight against hunger, we still have a long way to go.

In order to claim victory, we need stronger efforts and better coordination among the actors that have already lifted millions of people out of poverty: governments, international organisations, non-state actors, the general public, and those who inform public opinion: the media.

How can we better inform the public about this progress, which is undoubtedly positive for humanity, without stopping at the data that international organisations provide on the issue?

The answer is clear: in order to understand these numbers and figures, they cannot be read as an isolated event, but as a continuous process of change influenced by multiple actors, both public and private.

Why do the media ignore these important issues which are receiving more space on the global development agenda?

Who doubts whether food security, food loss and waste or nutrition policies are in the interest of international public opinion?

We are aware of the great challenges in the field of communication, exacerbated by the long and deep economic crisis affecting many media outlets. There are fewer printed media; newspapers have fewer pages; there are fewer journalists in the newsrooms. Traditional journalism programmes at universities have left many journalists ill-prepared for covering breaking news in our new digital age.

These are some aspects that should be taken into consideration in the present situation. All of these changes will affect not only the current generation of journalists, but also future generations that will have the responsibility to inform the public on these issues with increasing urgency.

In a few weeks we will face a new communication challenge: the Second International Conference on Nutrition (ICN2), taking place in Rome between Nov. 19 and 21, 22 years after the first such conference.

The invitation to participating states is that commitment alone is not enough; it is only the first step. ICN2 will design the framework for countries to transform their commitment into action and impact.

And we could not have chosen a more opportune moment: governments are currently discussing the second stage of the Millennium Development Goals – the Sustainable Development Goals (SDGs) – starting next year, with the aim of eradicating hunger and poverty worldwide.

It is clear that in the media’s coverage of ICN2, the focus should be not only on informing the public about the daily activities of the conference, but also on the issues it aims to address, as well as the strategic debate surrounding the larger goal of building healthier societies­ – an undertaking in which governments must play a key role. (END/IPS COLUMNIST SERVICE)