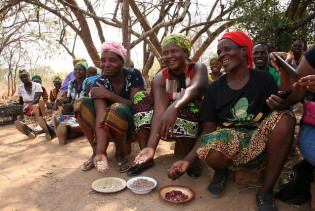 By Becky Bergdahl
The Korean Women's Peasant Association won the 2012 Food Sovereignty Prize for its efforts on behalf of the survival of small-scale and ecologically sustainable farming in South Korea.

By Lindsey Walker
The root cause of hunger and malnutrition for millions of people worldwide lies in the severely skewed and unfairly structured hierarchy of policymakers, not in natural disasters or food shortages, according to the Right to Food and Nutrition Watch 2012 (RTFN Watch) released Tuesday.
ADVERTISEMENT ADVERTISEMENT