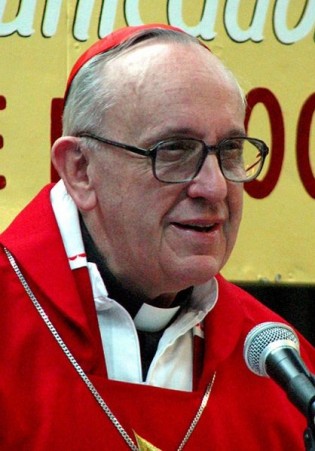 By Marcela Valente
The trial over a campaign of terror coordinated among the dictatorships of the Southern Cone of South America in the 1970s and 1980s began Tuesday in Buenos Aires with former dictator Jorge Rafael Videla as one of the main defendants, along with another 24 former military officers.

By Marcela Valente
Global rights watchdog Amnesty International presented an Argentine court Wednesday with documents which show that Spanish courts are blocking lawsuits brought by the families of victims of human rights crimes committed during the 1936-1939 civil war and the 1939-1975 dictatorship of General Francisco Franco.

By Marianela Jarroud
A criminal lawsuit against 1,500 former members of DINA, the secret police of Chile’s 1973-1990 dictatorship, is seeking to shed light on the most active player in the repression, which stretched outside the country’s borders.

By Marcela Valente
Based on the principle of universal justice, human rights crimes committed during Spain's 1936-1939 civil war and the 1939-1975 dictatorship of General Francisco Franco are being tried in Argentina, and more and more plaintiffs are joining the lawsuit.

By Marcela Valente
Former combatants in Argentina who took part in the 1982 Malvinas/Falkland Islands war are waging their final battle: they are trying to get the Supreme Court to classify the brutal mistreatment to which they were subjected by their officers as crimes against humanity.

By Fabiana Frayssinet
Outside the Military Club in Rio de Janeiro, where a commemoration of the anniversary of the 1964 coup d'état was being held, hundreds of demonstrators, many of them teenagers, shouted slogans and threw eggs at arriving members in protest.

By Marcela Valente
The trial for the theft of babies of political prisoners during Argentina’s 1976-1983 dictatorship is nearing its end after more than three decades of work by the Grandmothers of the Plaza de Mayo, who have so far tracked down 105 of an estimated 500 missing children.

By Edgardo Ayala
A choked-up Mercedes Alfaro told the fourth session of the International Restorative Justice Tribunal in El Salvador how she lost seven members of her family in a 1982 massacre.

By Danilo Valladares
"To achieve peace, it is necessary for the truth to come out, and for the victims to receive reparations. And part of this is that cases of genocide and crimes against humanity against the Maya people must come to trial," says Guatemalan indigenous leader Rosalina Tuyuc.

By Fabiana Frayssinet
A group of young lawyers in Brazil’s public prosecutor’s office are seeking to break through the wall created by the amnesty law that blocks the investigation and prosecution of serious human rights violations committed during the country’s 21-year military dictatorship.

By Danilo Valladares
"In 1982 they killed my mama and 15 other people, and they burned down our house. Now we are trying to get support, because we have not received any aid," says Jacinto Escobar, an Ixil Indian who is seeking reparations for the damages sustained during Guatemala’s 1960-1996 civil war.

By Marcela Valente
While the trials against members of the military and police for human rights abuses committed during Argentina’s 1976-1983 dictatorship move ahead, the regime’s economic crimes have also begun to come to light.

ARGENTINA: Victims of State Terrorism No Longer on Their Own

By Marcela Valente
Mental health professionals in Argentina have accumulated such a wealth of experience in treating victims of state terrorism that they are now sharing it with colleagues across the country’s borders.

By Danilo Valladares
After a hearing that lasted more than 11 hours, a Guatemalan court ordered the trial of former dictator Efraín Ríos Montt (1982-1983), who could face up to 30 years in prison if he is convicted of genocide and crimes against humanity.

By Tito Drago
Another trial opened Tuesday with Spain's best-known judge, Baltasar Garzón, in the dock for attempting to investigate crimes against humanity committed during the 36-year dictatorship of Francisco Franco.

By Edgardo Ayala
Two decades after the signing of the Peace Accords, together with the social commitments they contained, El Salvador's levels of poverty and violence are so high that academic and social leaders are proposing new accords to overcome the crisis.

By Edgardo Ayala
It was the first time that a Salvadoran judge was holding a hearing to decide whether the case of Roque Dalton, a poet murdered 36 years ago, should go to trial. But the hopes of his family were dashed.
Next Page »
ADVERTISEMENT ADVERTISEMENT