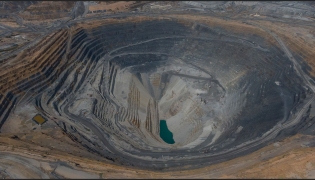 By Miriam Gathigah
Zeinab Mohamed is a 70-year-old squatter in Kwale County, in Kenya’s Coast Province. Like many other Coast Province residents, for decades, Mohamed has lived in what squatters call “floating houses”.

By Humberto Márquez
An agreement signed by the government of Venezuela and the Chinese state-owned company Citic Group for prospecting and mapping the country's mining reserves is being challenged by both the opposition and experts who argue that it will leave valuable natural resources dangerously exposed.
ADVERTISEMENT ADVERTISEMENT