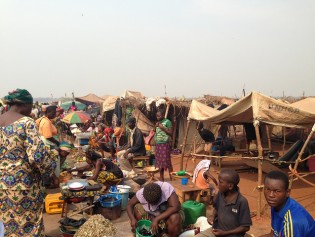 By Arsène Séverin
Despite assurances by the leader of the Séléka rebel alliance, self-proclaimed president of the Central African Republic Michel Djotodia, that a “red brigade” would be established to stop the looting and violence that has ensued since Sunday’s coup, citizens do not feel security has been restored.
ADVERTISEMENT ADVERTISEMENT