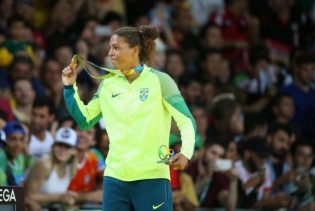 By Fabiana Frayssinet
During a women’s football match in a poor neighbourhood in Buenos Aires, team manager Mónica Santino has to stop the game and ask a group of boys and young men not to invade the pitch where they’re playing. This frequent occurrence is just one symbol of a struggle being played out, centimeter by centimeter, on Argentina’s pitches.

By Simba Shani Kamaria Russeau
An array of colourful quarter pipes, bank ramps and a fun box come to life as a clutch of Cambodian youngsters do balancing tricks, kick-flips and kick turns. The all-girl session at a skating facility near the Russian Market here is facilitated by 20-year-old Kov Chansangva, popularly known as Tin.

By Ivet González
You can’t buy it in a store or get it in Cuba’s public health clinics. But young men who frequent gyms know who sells it and secretly inject themselves with “peanut oil,” as people in this country refer to synthol and other products that increase muscle mass.