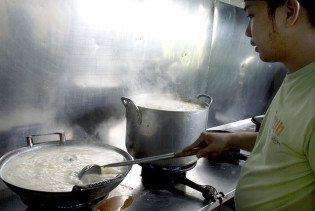 By Simba Shani Kamaria Russeau
Following the death of his parents when he was just four, Samlain Chey, now 22, found himself living on the streets along the river near the Royal Palace in Phnom Penh. Until he met a social worker from Mith Samlanh.

By Inés Benítez
Arrayed in colourful garments they have made themselves, six teenagers who used to be street kids in Fortaleza, in northeast Brazil, visited this southern Spanish city to recount their life experiences and awaken solidarity.
ADVERTISEMENT ADVERTISEMENT