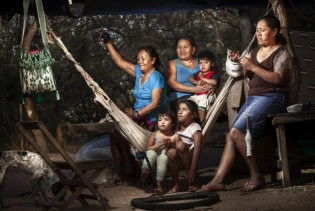 By Julio Berdergué and Pablo Aguirre
On September 15, we announced the “State of Food Security and Nutrition in the World” report, published in collaboration with five United Nations organisations, including FAO. The 144-page study shows numerous results and analyses of various dimensions and indicators, but the message is the same: after a long downward trend in the world’s hunger levels, we are now taking a step backwards.

By Anis Chowdhury and Jomo Kwame Sundaram
Globally, 108 million people faced food crises in 2016, compared to about 80 million in 2015 – an increase of 35%, according to the 2017 Global Report on Food Crises. Another 123 million people were ‘stressed’, contributing to around 230 million such food insecure people in 2016, of whom 72% were in Africa.

By Doaa Abdel-Motaal
Milk and cookies, macaroni and cheese, fish and chips. Some foods seem to match perfectly together to the point where one can’t go without the other. Food and health, while maybe not as catchy, should be viewed in the same light. Without good food it is hard to maintain good health; without good food growing practices it is difficult to maintain a healthy planet.

Overcoming the Challenges: Securing the World’s Food, Energy and Water

By Adel Sharif
According to the United Nations estimates almost 800 million people suffer from chronic hunger (1 in every 9 persons on the planet) and a higher number (1 in 3) suffer from malnutrition. 1 in every 5 persons (1.4 billion people) have no access to electricity worldwide (living with energy poverty) whilst 1 in 10 people do not have access to clean water.  With climate change, this situation is worsening across many parts of the world.

Not True that Hunger Doesn’t Discriminate — It Does

By Baher Kamal
In a world where only 8 individuals – all of them men—possess as much as half of all the planet’s wealth, and it will take women 170 years to be paid as men are*, inequality appears to be a key feature of the current economic model. Now a new study reveals that there is also a widening gap in hunger.

By Bandar Hajjar
Investing in youth by developing their potential through education, job creation and instilling the values that advance the cause of humanity is the most daunting, yet promising challenge facing world leaders.

By Akinwumi Adesina
The African rural world is one I know well. I grew out of rural poverty myself and went to a rural school without electricity and lived in a village where we had to walk for kilometers to find water. We had to study after dark with candles or kerosene lanterns. By God’s grace, I made it out of poverty to where I am today. But for tens of millions of those in similar situations, especially in rural Africa, the outcomes are not like mine. For most, the potential has simply been wasted.

World Food Day 2017 – Change the future of migration. Invest in food security and rural development.   This year the theme for World Food Day, celebrated annually on 16 October – a date commemorating the founding of the Food and Agriculture Organization of the United Nations in 1945 – focuses on the link between migration, food security and sustainable rural development.