Refugees Tossed Between Iraq and Syria

BAGHDAD, Aug 25 2011 (IPS) - At the height of Iraq’s sectarian war in 2006, 30-year-old Samer escaped his Baghdad neighbourhood to join a flood of refugees arriving in Syria. A young man of military age, he was at high risk of being targeted by armed forces that roamed the capital’s streets. 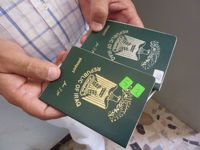 To return or not is a difficult question for Iraqi refugees in Syria. Credit: Rebecca Murray/IPS.

The International Crisis Group (ICG) estimates that two-and-a-half million Iraqis fled the country during the war, with an equal number internally displaced. Most refugees braved the long road through Iraq’s deadly Anbar province to reach the bordering countries of Syria, Jordan, and to a lesser extent, Lebanon.

Samer found steady work as an illegal labourer with a Syrian construction company, although as an Iraqi he often worked long hours for less pay than a Syrian national, he says. Iraqi refugees in Syria and Jordan were often blamed for rising prices and an increasing demand on the overburdened school and healthcare systems.

However Samer says, “Syria was very secure then, with electricity, water and no problems. Although rent and living costs were high, it was worth it.”

But when demonstrations against President Bashar al-Assad’s regime broke out earlier this year, daily life for Samer got increasingly tense. There were more checkpoints, security forces demanding identification, and a heightened threat of arrest.

With five months of ongoing brutal violence in Syria, hundreds of civilians killed and thousands swept up in the government’s mass arrests, Iraqi returnees say their fears of being caught up in new sectarian strife and running out of savings were balanced by grave misgivings about going back to Iraq.

Samer returned to a new Baghdad neighbourhood when his Syrian employers laid him off three weeks ago. “We are safe right now,” he says. “I will seek a safe place, either in Syria or Iraq. Now Iraq is safer.”

Iraq under Prime Minister Nouri al-Maliki is recovering from a devastating war that left over 100,000 civilians dead and the national infrastructure in tatters. Thousands of concrete blast walls and checkpoints – manned by a complex myriad of security forces – choke the capital’s damaged streets.

Syrian refugees have fled the violence in their own country to Lebanon and into crowded refugee camps along the Turkish border, but the United Nations High Commissioner for Refugees (UNHCR) officials say they’ve noticed little change with the movement of Iraqis or Syrians across the often-porous Iraq-Syria border.

In fact, UNHCR says over 30,000 more Iraqis traveled from Baghdad to Syria over the Al-Waleed border crossing than in the other direction last month. Most of the desert road travelers are refugees, traders and pilgrims visiting Saudi Arabia during the seasonal three-month Haj.

“We have a contingency plan if mass refugees come back, to be ready if something will happen,” says UNHCR Representative Claire Bourgeois. “At the moment though there is absolutely no sign, but it can happen suddenly.”

However, the Al-Assad government has closed Iraq’s less traveled Al-Qa’im border crossing adjacent to the restive, oil-rich province Deir Azzor in Syria’s northeast. The same tribal families straddle both sides of the razor-wire fence in this fertile Euphrates River valley.

A traditional route for fighters and weapons smugglers into Anbar during the height of the Iraq war, with the recent violence in the nearby Syrian town of Abu Kamel and beyond, Syria fears the tide could reverse.

“Smuggling used to be an occupation for people from Anbar, but we believe the activity is reduced,” says Anbar’s Iraq Army operations commander, Lieutenant General Abdul Aziz Mohammed Jassim. “Sleeping cells might try to help. The price of weapons might go high in Syria, so people might bring weapons to Syria to sell. But this is just business.”

There is no coordination between the Iraqi and Syrian armed forces, and Jassim insists that any decision on border security must come from a political initiative from Baghdad’s central government. “We have still not received any clear instruction about what can happen on these borders. That means the government is confident enough that nothing will happen, or will not develop to be worse.”

International Crisis Group analyst Zaid al-Ali says, “The government will certainly not have a plan to react to violence in Syria and even if they do, they won’t implement it. Iraq has other things to worry about and there is very little expectation that the violence in Syria will have anything more than a political impact for Iraq.

“If border crossings close, that will lead to inflation in Iraq as cheap and subsidised Syrian goods won’t make it to Iraqi markets. For the most part Iraqis will feel the pinch in their pockets.”

On a sleepy afternoon in dusty, downtown Ramadi – still shattered from brutal fighting during the war – shops laden with cheap Syrian goods stay open in preparation for the nightly Ramadan feast. Electrician Salam Mohammed says local businessmen are storing electronics in warehouses in anticipation of rising prices from the Syrian crisis.

His neighbour, Ala Hammoud, is a middle-aged greengrocer who imports fruit and vegetables from Syria, Turkey and Lebanon. Although Ramadi lies on the fertile banks of the Euphrates River in Anbar’s heartland, he claims it’s cheaper to buy goods across borders despite recent custom taxes.

“I always use the Al-Waleed border,” Hammoud explains. “Sometimes when it’s closed I use the Turkish border, but only for emergencies as it is expensive. I would have to shut my shop if Al-Waleed was closed.

Back in Baghdad, returnee Mazen is in despair. A filmmaker, who fled to Syria after his brother was killed by militia in 2005, he says he won approval to immigrate to the United States. However, due to Syria’s turmoil the United States delegation enabling his departure has pulled out, and Ali’s family has been instructed by UNHCR to wait.

“I feel humiliated by them,” he says. “We have finished our savings and I had to sell everything. I came back here to see if I could find any alternative, but nothing.”

When asked if he would stay in Iraq, Mazen is adamant. “No, that is impossible. Where you see daylight, I only see dark.”