GENEVA, Sep 27 2012 (IPS) - Multilateralism is at a crossroads. This is a crucial matter for environmental and sustainability issues, as we have seen in the Rio+20 Summit, and for trade and other economic matters. The G20 Summit in Los Cabos, Mexico, focused precisely on improving our collective response to the current economic turbulence, which is at the heart of developments in the European Union (EU) as well.

More than three years have passed since the beginning of the 2008-09 crisis and the world economy remains very fragile. World Trade Organisation (WTO) projections indicate that trade growth will further decelerate this year to 3.7 per cent, down from 5 percent in 2011. Moreover, WTO economists believe that downside risks of an even sharper slowdown in trade growth remain high. Many of the achievements in poverty reduction over the past decade could be threatened with unravelling.

The impact of the crisis is being felt not just in developed countries but also in the developing world. China’s dynamic economy is expected to grow more slowly in 2012. India’s growth is decelerating. Many poor countries are seeing their exports to major markets such as the EU and the U.S. slow down. 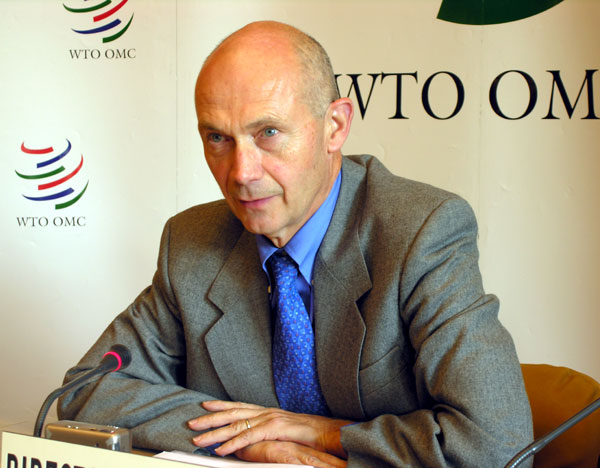 While the crisis continues to loom, the world has not remained static. New economic players and new patterns of trade have emerged, dramatically changing the nature of trade and resulting in greater economic interdependence.

Global trade patterns are also changing rapidly. Not too long ago, goods were referred to as “made in China” or “made in Germany”. Today, the expansion of global value chains means that most products are assembled with inputs from many countries. In other words, today’s goods are “made in the world”. At a growth rate of six percent a year, trade in intermediate goods now comprises close to 60 percent of total trade in goods and has become the most dynamic sector in international trade.

The map of global greenhouse gas emissions has also changed. Emissions of the developing world are rising fast, and China’s emissions are said to be either equal to, or to have actually overtaken, those of the U.S.

The same can be said of macroeconomic cooperation. As subsequent G20 summits have demonstrated, whether monetary policies, fiscal policies, currencies, the fight against tax havens or regulation of financial activities, a virtuous path requires global cooperation.

However, the rules governing multilateral cooperation have not kept pace with these changes. We are to a large extent living by the global rules created in the 90s.

The last couple of years have seen the emergence of a worrying attitude towards multilateralism. In stark contrast to the calls for greater and improved international regulatory coherence that dominated the headlines during the outbreak of the global financial crisis in 2008, international cooperation has slumped into an ever more precarious state.

Cynical observers would say that over the past decade international efforts to forge legally binding agreements have continued to set the threshold of expectations so low that even an agreement to continue to talk is considered a successful outcome.

Certainly, the changes of the past few years demand a re-configuration, rethinking and adjustment of traditional multilateral cooperation, including in the WTO. The proliferation of different informal coalitions and groups of countries and civil society ­the G8+, G8+5, G20, B20 and L20, to name but a few­ are symptomatic of the constantly evolving nature of international relations.

However, their effectiveness will depend on whether they are representative enough to address the increasingly complex challenges on our agenda. A stable global economy cannot be built without including all key stakeholders in the decision-making process.

More fundamentally, I believe that while the crisis continues to hit national systems hard, it will be very difficult to achieve high-standard multilateralism.

Contrary to conventional wisdom, international agreements necessitate a high quantum of political energy at home. They require strong political leadership because they are about bringing domestic constituencies on board.

This situation is a dangerous one and risks turning into a vicious circle: exiting the crisis sooner rather than later implies strong leadership to craft the necessary international cooperation agreements. But governments’ legitimacy is weakened by popular discontent generated by economic and social hardships. This erodes the ability to act together, which in turn further prolongs the crisis, leading to the syndrome of “too little, too late”.

For these reasons, I believe that multilateralism is at a crossroads. Either it advances in the spirit of shared values and enhanced cooperation, or is allowed to falter, at our own peril. Without global cooperation on finance, security, trade, the environment, and poverty reduction, the risks of division, strife and war will remain dangerously real. Waiting for better times will simply not suffice. A consensus on inaction would simply mean a consensus on more pain for all. We must, together, be bolder if we are to cope with the growing risks of today’s world. (END/COPYRIGHT IPS)

* Pascal Lamy is the director-general of the World Trade Organisation (WTO).