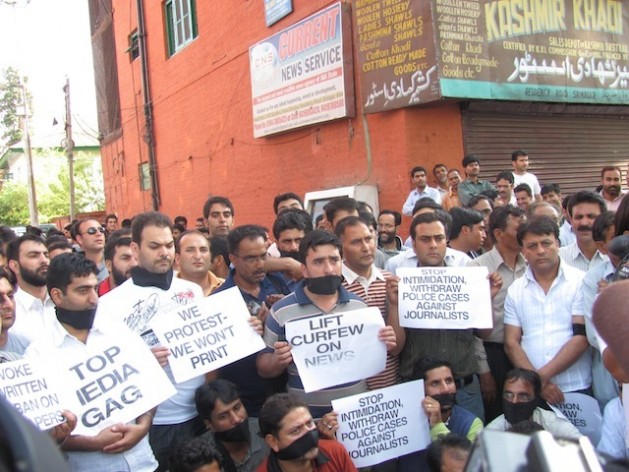 SRINAGAR, Oct 18 2012 (IPS) - Fayaz Ahmad’s Faim Internet Café in the Sopore township of Indian Kashmir was booming until a year ago, when police entered his premises without warning and seized all his computers.

Fayaz himself was taken into custody after being told that someone had sent a “suspicious” email from his café.

Fayaz told IPS it is “impossible” for a café owner to control the actions of his customers.

“All I could do was note down the names and addresses of my visitors, maintain a record of their identity cards and list the times (of their arrival and departure from the café),” said Fayaz.

He is not the only person to have his life seriously disrupted by the government’s clampdown on Internet users throughout the state of Jammu and Kashmir.

Rayees Ahmad, owner of Hughes Internet Café, was also harassed by the police and forced to pack up his business. 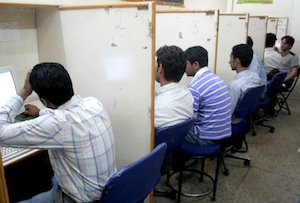 Now, not a single Internet café operates in Sopore, a town of 300,000 people.

In the towns of Sringar – the economic capital of Indian Kashmir – Anantnag and Baramulla, many young boys have been picked up from their homes for expressing their personal views on Facebook and Twitter. Popular sites like YouTube have been blocked. Text messaging services have been jammed.

Yet when Indian Home Minister Sushil Kumar Shinde visited Lal Chowk, a city square in Srinagar that has served as a meeting point for rights activists since the 1980s, he failed to mention the attack on freedom of expression in the Valley.

“With 500 security personnel present in and around Lal Chowk, and mobile phones jammed, the minister claimed that everything was (fine) in Kashmir,” Khurrum Parvez, a renowned human rights activist and convener of the Coalition of Civil Society (CCS), told IPS in reference to the two-day official visit last week.

The Indian minister’s silence did not come as a shock to many civil society activists here, who have long expressed concerns about the government’s consistent efforts to curb freedom of speech and the right to access social media and online communications.

“Every time a high profile (official) visits Kashmir, and every time Kashmiris try to express their political aspirations or protest about the violation of their rights, Web sites like Facebook and YouTube are blocked while the mobile phones are jammed for days on end,” Hameeda Nayeem, a social activist with a long involvement in Kashmir’s human rights movement, told IPS.

Local newspapers in Indian Kashmir have also been drawing attention to these violations, which the government claims is a response to a surge of protests across the Valley.

In August and September of 2010, at least 110 civilians were killed and thousands injured during demonstrations that lasted 50 days and spawned strict curfews.

“The government’s response to (popular opposition) – blocking access to the Internet – is a very unhealthy development,” according to an editorial in Greater Kashmir.

“The move is not only undemocratic in spirit but is also uncalled for under the circumstances. Except for the recent three-day protests (on Sep. 16, 17 and 18) over the anti-Islam movie, the Valley has been experiencing unprecedented peace for almost two years now.”

Columnist and political commentator, Sheikh Showkat, told IPS that the government is choosing a dangerous path by blocking every outlet of expression. 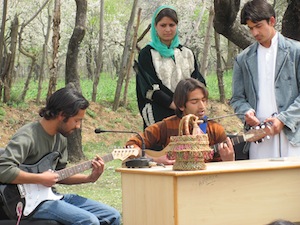 “In a place where the space for street protests has shrunk in recent years, social Web sites have emerged as the (primary) medium for the peaceful expression of individual and collective opinions,” said Showkat.

“The attempt to curb (such communication) will not only violate the principle of freedom of expression but also be counter-productive in nature.”

According to Showkat, this is not the first time the government has muzzled free speech. “(We) have (been) experiencing an SMS ban since 2010,” he claimed.

Youth have borne the brunt of this particular strand of repression.

Back in 2010, an 18-year-old student from Srinagar, Faizan Samad, became the first person to be arrested for posting pro-freedom slogans on Facebook.

This year alone, police have identified 24 youth for disseminating political messages on Facebook. Four have been arrested on these same charges.

The reputed English daily ‘Kashmir Times’ noted, “It is clear that the establishment has scant regard for free speech and free ideas. Like in George Orwell’s famous novel ‘1984’, free thinking itself is becoming a crime and individuals and groups targeted for ‘thought crimes’ (in Kashmir).”

“The young boys and girls use the Internet to stay connected and express themselves. If they can express themselves (online) instead of coming onto the streets, that should be encouraged,” PDP president Mehbooba Mufti said during a recent session of the Legislative Assembly, which ended earlier this month.

“We may not be using (the Inernet) much but the youth are dependent on it,” said 52-year-old Mufti.

A student named Majid Rashid told IPS, “I am part of many (online) networks that give me fresh insights about politics and current affairs. I am connected to sources of information that I am not able to track otherwise.”

Fayaz’s popular café, which used to draw over a hundred netizens everyday, has now been reduced to a place where tutors get their notes typed.

From a dozen computers, the café now operates just two machines, for Fayaz and his co-worker.

“Following my release after a year’s detention I had to take a bank loan to re-start my café. But now I don’t allow anyone to browse. I simply don’t want to get into trouble again,” he stressed.