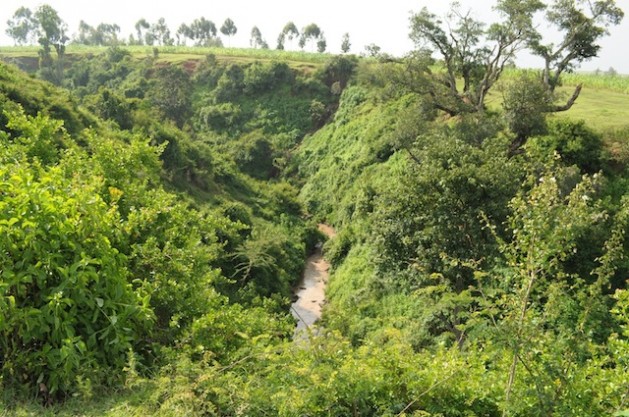 Currently 100 saw millers are licensed to log 50,000 hectares of mature exotic and indigenous trees in the Mau forest reserve - the largest in Kenya stretching across 400,000 hectares. Credit: Peter Wahwai/IPS

RIFT VALLEY, Kenya, Nov 2 2012 (IPS) - Kenya’s Ogiek community, the indigenous group of hunter-gatherers who were evicted from the Mau Forest three years ago, say they will no longer sit by and watch logging companies profit from the resources of their traditional home while they live in poverty in tented camps around the forest without even the most basic of services, like sanitation.

“The Ogiek community has lived and depended on the Mau Forest since time immemorial,” Joseph Towett, national coordinator of the Ogiek Welfare Council, told IPS. “We have only been involved in conservation efforts through tree planting, and we do not benefit from the money accrued from this forest.

“Yet we do not see the government move to initiate development projects in the locations of Mariashoni, Neiswet and Tinet where the Ogiek community now lives.”

Currently 100 saw millers are licensed to log 50,000 hectares of mature exotic and indigenous trees in the forest reserve – the largest in the country stretching across 400,000 hectares. The millers have permits to harvest the mature trees before they fall into decay and generate over one million Kenyan shillings or 11,000 dollars in revenue for the government each month.

For the last three years some 20,000 Ogiek have been living on the outskirts of the forest in three areas: Mariashoni, Neiswet and Tinet.

The Ogiek community was forcefully evicted from the forest in 2009 after a government order to stop the massive deforestation occurring here. The government promised to find alternative land for the evictees. But in 2011 Minister for Lands James Orengo admitted that mistakes were made in the eviction process.

The community has to travel to other villages to access health care and schools. The Ogiek say that because they have to travel on foot, it takes them four to six hours to get to the nearest health facility, while children spend two to four hours a day going back and forth to school.

Towett said that the Ogiek want the Kenya Forest Service (KFS), the government agency that protects forests, to give them permission to harvest a four-hectare plantation of 8,000 mature cypress trees.

He said that they planned to enter into an agreement with a private logging company that would log and purchase the trees from them. The sale of all the trees is expected to bring in an estimated 350,000 dollars.

“This money will go towards the construction of roads, schools and health facilities. We know it is not enough, but it will be used for the most critical projects … to prevent the deaths of sick women and children that have previously occurred due to lack of facilities,” he said. 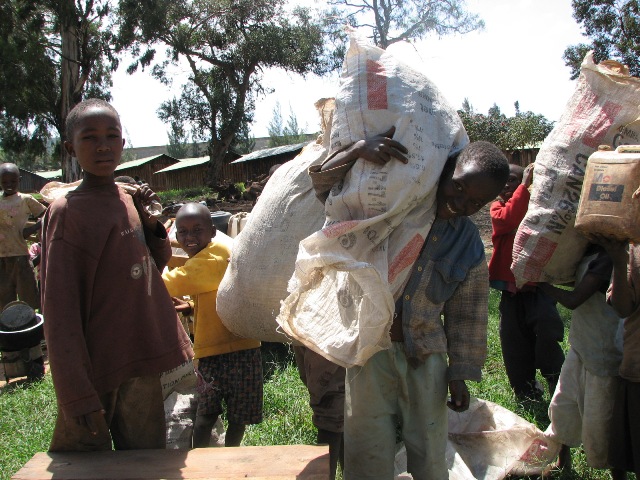 Children from the Ogiek community at the Mariashoni area near the Mau Forest. The community has to travel to other villages to access health care and schools. Courtesy: Peter Wahwai

According to the KFS, there are up to 100 licensed saw millers, including three major timber companies, who carry out tree harvesting in the Mau Forest. Loggers also have to pay the government, through the KFS, an additional fee of between 17 to 60 dollars per tree cut.

“The loggers are licensed and they operate on over 50,000 hectares of tree plantation,” the head of the Mau Forest Conservancy, Cosmas Ikiugu, told IPS. “They also harvest mature indigenous trees, and they generate over one million shillings (11,000 dollars) in revenue per month. The revenue is good, but not as high as claimed by some of the Ogiek leaders.”

The director of KFS, David Mbugua, told IPS that according to the 2005 Forest Act, a genuine saw miller must meet several requirements as stipulated by the law. This includes owning logging equipment and processing machines, and being able to provide proof of tax payments. These, he said, are requirements that the Ogiek and other communities do not meet.

Mbugua said that although the community cannot be licensed to harvest trees, it could work with the KFS to find a way to benefit from the forest.

“The Ogiek community has a genuine issue and I am aware of their concerns because we have discussed these topics with their leaders. They feel left out in development and feel that they have a right to a share of the revenue from the Mau Forest, which is constitutional. However, allowing them to get into the forest to cut trees is not the way to go. If we allow them to do that, what about other communities who also live not so far from the forest?” asked Mbugua.

He said that the Ogiek should send proposals for the projects they would like to see implemented to the KFS’s corporate social responsibility department.

But Towett claimed that corruption in the KFS was rife. He said that out of the 100 licensed saw millers, less than 30 are allocated trees because they bribe officials of KFS. The forestry service regulates which millers are allowed to harvest trees in the Mau Forest. The loggers cut down trees in turns every month, and some get more turns at logging than others.

“The three major companies normally remit (to the government) 500 million shillings (five million dollars), while the remaining saw millers remit up to 100 million shillings (one million dollars). But much of this money goes into individuals’ pockets,” said Towett. The Ogiek community believes that were it not for mismanagement of the money, there would be enough resources to initiate development projects for them.

Ikiugu confirmed that the loggers cut trees in turn, but he denied claims that some are favoured over others.

The Ogiek have also asked that the government allocate 320 square kilometres of land near the forest for their permanent settlement.

“Just like any other community, the Ogiek have a right to a portion of the revenue generated from the forest. They should demand their fair share of the revenue through legal means, including suing the government,” said environmental lawyer Bernard Ngetich. But he said he was against allowing the community to live in or next to the forest.