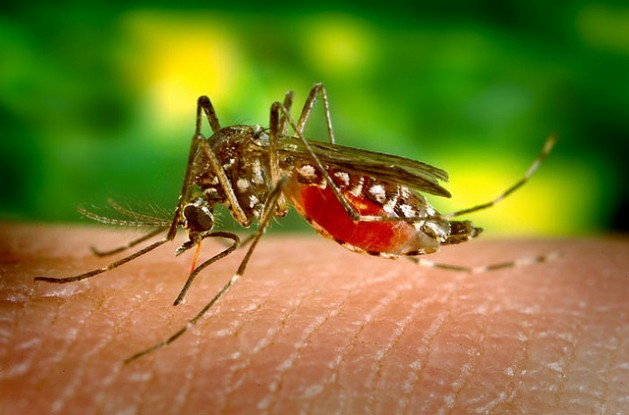 RIO DE JANEIRO, Jan 10 2013 (IPS) - Mosquitoes that transmit dengue fever need clean, still water and warm night temperatures to reproduce and thrive. That is common knowledge, but now scientists in Brazil have managed to measure the relation between increased rainfall and temperatures and the risk of dengue epidemics in this city.

The results showed that for the period 2001 to 2009, an increase of one degree in the minimum temperature in a given month led to an increase of 45 percent in reported dengue cases in the following month in Rio de Janeiro.

An increase of 10 millimetres in rainfall was associated with a lower rise of six percent in dengue virus infections in the following month.

“The relationship between rainfall, heat and tropical diseases is partly common sense. In our study we tried to provide a scientific explanation and a theoretical model to quantify this relationship,” Adriana Fagundes Gomes, one of the authors of the study at the School of Public Health, part of the private Oswaldo Cruz Foundation (FIOCRUZ), told IPS.

“The hypothesis was proven by mathematical methods,” said Gomes, who is currently a researcher in the epidemiology department of the Paulo de Góes Institute of Microbiology at the state Federal University of Rio de Janeiro (UFRJ).

Analysis of the data led to the conclusion that the risk of dengue increases when temperatures are above 26 degrees Celsius, as higher temperatures favour the development of the Aedes aegypti mosquito that transmits the dengue virus.

Average annual precipitation in Rio de Janeiro is about 1,000 millimetres, with the heaviest rainfall from December to March – the southern hemisphere summer – contributing to the proliferation of the mosquito vectors.

“It’s important to point out that the findings of this research paper have been known for a  long time: the mosquito needs clean water and high temperatures to reproduce, which is why summertime is the period of highest incidence of dengue fever,” Dr. Alberto Chebabo, a specialist in infectious diseases, told IPS.

“The only new result in this study was the measurement of how many new dengue cases per degree Celsius or per millimetre of rainfall there were during the epidemic years,” said Chebabo, head of the department of infectious and parasitic diseases at the Clementino Fraga Filho Hospital at UFRJ.

Given the lack of a vaccine against dengue fever, the study authors say that increasing knowledge about how the virus develops will boost prevention.

“Establishing an early intervention system based on variables that can indicate the onset of an epidemic would reduce the risk of disease,” said Gomes.

“Studies of climatic variables can improve knowledge and prediction of epidemic seasonality, because the vector-climate relationship is just as important as vector-human interaction,” the study says.

In Gomes’ view, the main discovery is that, in Rio de Janeiro, temperature (especially minimum temperature) “has a more significant correlation with the number of dengue cases than rainfall.”

The Aedes aegypti mosquito needs clean water, from rainwater or irrigation, to lay its eggs. But high temperatures “facilitate hatching of the eggs and reduce the time needed by larvae to develop into adults,” said Chebabo.

“In the hot, rainy season of the Rio de Janeiro summer, mosquito numbers increase, enabling transmission of the disease,” he said.

Analysis of the last decade shows that in southeastern Brazil, where Rio de Janeiro is located, dengue is prevalent between the months of December and April, precisely the hottest and wettest period. All the epidemics of dengue fever have occurred within this period of the year.

The Aedes aegypti mosquito transmits dengue fever by picking up the virus when it feeds on the blood of an infected person, and infecting other people when it bites them. The symptoms are fever, headache and muscle pain. But haemorrhagic dengue causes intense abdominal pain, nausea and bleeding under the skin and into mucous linings, which can be fatal.

In Chebabo’s view, traditional methods of prevention carried out by “the human vector” – the agency of humans – are still essential for combating dengue.

“Eliminating mosquito breeding sites is the most effective means of reducing incidence of the disease,” he said.

The government and the population must work together to get rid of water accumulated in flowerpots and disposable containers like plastic bottles, to cover water tanks and to collect and dispose properly of waste, he said.

The Brazilian health ministry included similar measures in its campaign for 2013 with the slogan “Dengue é fácil combater, só não pode esquecer” (Dengue is easy to fight, but must not be forgotten), launched at the start of the year.

The aim of the campaign is to reinforce educational messages underlining the need for mass mobilisation for prevention and early treatment of dengue. Every region of the country will undertake specific measures according to the needs of each municipality.

In a bulletin issued Jan. 4, the health ministry reported that in 2012, confirmed dengue cases fell by 64 percent compared with 2011.

Mortality from dengue also declined by 49 percent between these two years. From January to the first week of November 2012, the number of deaths from the disease was 247, while in the same period in 2011 the number was 481.

Estimates from the World Health Organisation indicate that some 2.5 billion people living in tropical and sub-tropical areas are at risk of contracting dengue, and that there are between 60 and 100 million actual cases a year, leading to between 12,000 and 15,000 fatalities annually.