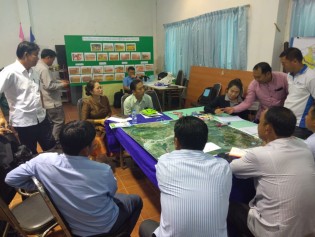 By Stephen Leahy
Two reports released Wednesday reveal the dangerous gap between science and politics. New climate research shows that extreme events such as the severe heat wave in the U.S. last year will double in 2020, increase 400 percent by 2040, and then get far worse without significant carbon reductions.
Next Page »
ADVERTISEMENT ADVERTISEMENT