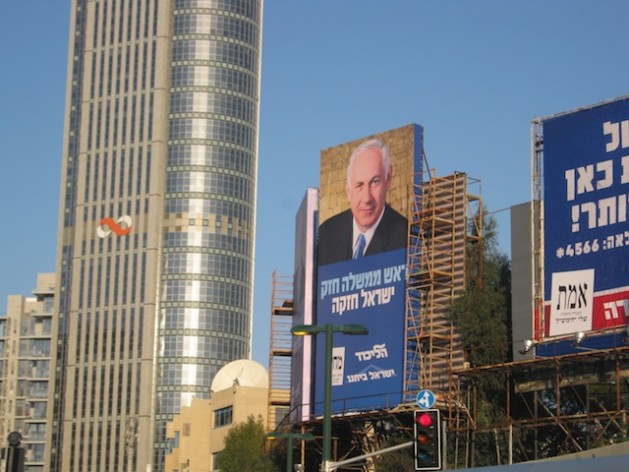 JERUSALEM, Jan 18 2013 (IPS) - A meeting between Iran and world powers is tentatively set for the month-end in Istanbul, and might constitute a litmus test over a compromise regarding Iran’s uranium enrichment programme. Strangely enough, in Israel, Iran’s nuclear quest is now off the public radar.

The previous talks between Iran and the ‘P1+5’ (the five permanent UN Security Council members plus Germany) took place last June in Moscow.

Any compromise would have to evolve around Tehran’s self-proclaimed right to enrich uranium and commitment not to produce higher-grade material; and access to closed nuclear facilities such as Fordow – in exchange for a gradual lifting of the regime of sanctions.

Meanwhile on Monday, the U.S. Institute for Science and International Security published an assessment that Iran would be able to produce material for at least one nuclear bomb by mid-2014.

And on Wednesday, the International Atomic Energy Agency (IAEA) held talks with Iranian officials regarding access to Parchin, a military base suspected to have concealed nuclear weapons-related tests, and to Iranian officials involved in Tehran’s nuclear programme.

But in Israel, the issue barely figures in the campaign blitz ahead of the general elections to be held on Jan. 22.

Prime Minister Benjamin Netanyahu – “Bibi” as Israelis call him – is boasting about his uncompromising stance on Iran as his tenure’s greatest achievement. At least from his perspective, his threat of war avoided war, and pressed the international community to press Iran.

Bibi’s detractors call him a bluffer who never intended to attack Iran’s nuclear facilities. But bluffs are legitimate electoral tactics.

On the world’s podium displaying a ‘Looney Tunes’ ticking bomb cartoon measuring Iran’s level of enriched uranium, he warned that “by next spring or at most by next summer”, Iran would have the capacity to produce an atomic-grade weapon.

Yet he refrained from committing himself to both his own red line and deadline.

His standing skyrocketing back home, he called for early elections – and, for his re-election – thus timing a second term with the timeline – defined by him – of a potential showdown with Iran.

Last week, announcing the campaign commercials’ official kick-off, a one-hour profile of the incumbent leader was broadcast on Channel Two. Netanyahu mentioned Iran only once – quite obliquely in fact.

He laconically repelled biting accusations by former internal security chief Yuval Diskin who, in the Yedioth Aharonoth newspaper, depicted top-level consultations on Iran as “decadent”, with supporting cigars, alcohol and gourmet cuisine. “I held the most serious meetings ever on Iran,” Netanyahu retorted.

Ads show Bibi re-enacting his UN speech – this time with a Middle East map – pronouncing with poise that, for now he has succeeded in preventing Iran from developing nuclear weapons.

So, how come what’s been branded by him as “the greatest existential threat” – not just to Israel but to the world – suddenly vanishes as if it never existed in the first place.

His electoral discourse on Islamist perils in Egypt and Syria heralds no fresh strategic vision for the future. But the easily aroused fear factor traditionally plays in favour of the Right.

Just name it – fear of “Palestinian terror”; angst, heightened by the “Arab Spring”, of having to live in “a villa in the jungle”.

But why spewing radioactive fallout and risk awakening a dispassionate campaign when the prevailing sentiment is that Netanyahu’s re-election is a fait accompli.

He’s known to duck when a diplomatic ball is thrown at him. Like Netanyahu One, Netanyahu Two is expected to procrastinate and defeat any risky peace initiative or hazardous military adventure. It’s a comforting feeling for many Israelis.

Besides, no need to remind a million of them of the rocket attacks launched by Palestinian Islamist groups on their cities and villages last November, during Israel’s onslaught on Hamas in Gaza.

His campaign focuses on having buttressed Israel with defensive means such as the Iron Dome anti-missile system, the border wall with Egypt near completion, and the current reinforcement of the defence line on the occupied Syrian Golan Heights.

Therefore slogans and fake debates on core issues of peace and war – especially against Iran – serve no purpose whatsoever.

Hence, Netanyahu’s immediate “punitive measure” against the upgrading of Palestine’s UN status as a non-member observer state last November – the revival of plans for settlement expansion in the highly contested “E1” area of the occupied West Bank – is deemed provocative enough.

But to play with fire and threaten unilateral military action on Iran is simply not on the cards for the prudent Netanyahu.

To start with, U.S. President Barack Obama’s inauguration is on the eve of his own pre-scripted re-election. Netanyahu will be loath to spoil their respective triumph and start of second term.

Obama’s selection of Chuck Hagel as Secretary of Defence doesn’t bode well for turning a new page in a notoriously divisive relationship with the U.S. President. But Netanyahu wouldn’t dare openly contest the Chief Executive’s prerogative.

After he succeeds himself, Netanyahu hopes that Hagel, while restructuring the U.S. bloated Defence budget, won’t slash military aid to Israel.

He’ll let the double-barrelled P5+1 and IAEA talks with Iran run their course, hoping against hope for the best liveable compromise.

If there is no diplomatic breakthrough, he hopes to agree with Obama on a coordinated strategy vis-à-vis Iran before springtime so not to have to formulate his own strategy.

Finally, he hopes that whether his stance on Iran is a bluff remains an open question safely confined to history books about his legacy.