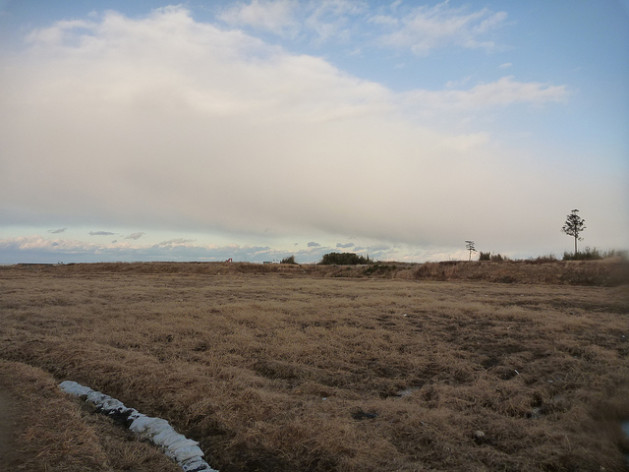 Miles of farmland around the crippled Fukushima reactor have been transformed into contaminated wastelands. Credit: Hajime NAKANO/CC-BY-2.0

TOKYO, Mar 26 2013 (IPS) - Pushed and pulled in opposite directions, the future of Japan’s energy plans in the wake of the accident at the Fukushima Daiichi nuclear power plant two years ago is emerging as a fight between national economic advancement and what anti-nuke activists call “the lives of the people”.

“The tug-of-war between the government and opponents of nuclear power has become an excruciatingly difficult issue in Japan,” Professor Takao Kashiwage, nuclear technology expert at the prestigious Tokyo Institute of Technology, told IPS.

“The emotional (turbulence) following the devastating consequences of the Fukushima accident is masking a real and objective debate” about the country’s energy needs and its nuclear future, he added.

Kashiwage sits on the official cogeneration energy committee and backs Japanese Prime Minister Shintaro Abe’s energy platform that calls for a re-start of Japan’s nuclear reactors after the implementation of new safety standards that will be established by an independent expert commission in July.

“Japan’s energy security is heavily dependent on nuclear power. To halt this source (that produced around 30 percent of energy needs prior to the accident) completely is too drastic a step for the country,” he explained. Japan currently imports 84 percent of its energy needs.

On the other side of the fence are anti-nuclear activists, who have drawn negative attention to the development of nuclear power plants by Japan’s nine most powerful utility companies, supported by public funds on the basis of creating a secure supply of energy for resource-poor Japan.

Large sums of revenue were poured into cash-strapped localities to host nuclear plants that were touted as “safe”: according to official estimates, a single reactor costs about 10 billion dollars, though activists say the amount is much higher when other expenses, such as support for new facilities and subsidies for hosting local governments, are taken into account.

But, as the Fukushima accident made tragically clear, those projects failed to meet safety requirements such as contingency plans for large-scale evacuation of residents in the event of a crisis.

Activists point to the heavy toll the Mar. 11 disaster took on communities living close to the Fukushima Daiichi reactors as one of the more jolting examples of the tragic human consequences of nuclear power. They have also called attention to the environmental risks of storing radioactive material that could easily poison the surrounding area.

Indeed, life-threatening radiation leaks have already forced entire communities to leave their homes and jobs, with more than 300,000 people still living in temporary housing, scores of families separated and miles of farmland transformed into contaminated wastelands, unable to produce a single edible crop.

Yasuo Fujita, 67, is one of these many nuclear refugees.

His family had lived for several generations in Namie village, located just seven kilometres from the stricken nuclear plant. Shortly after the meltdown, he was forced to give up his beloved sushi shop that he had run for 30 years and move to Koto-ku, a Tokyo ward.

Today Fujita is still waiting for compensation from the Tokyo Electric Power Company (TEPCO) to restart his life. “I lost everything in a second because of the Fukushima accident,” he told IPS.

“Despite government plans to rebuild Fukushima within three to four decades, nobody believes they can return. With (scores of) young people now moving away, there is no point in returning even if the government does make the area safe again, a prospect we do not believe in anyway,” Fujita added. 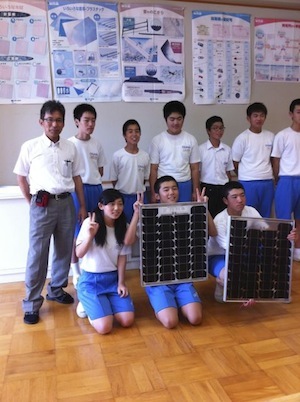 Meanwhile, the announcement last Monday that cooling of the spent fuel rods of three reactors at the Fukushima plant would be suspended due to a power outage created national panic and exposed a key problem in Japan’s nuclear industry: the lack of transparency leading to poor information dissemination and negligence of solid safety procedures.

The ‘Yomiuri’, Japan’s leading daily, noted on Thursday that TEPCO’s public announcement of the problem on Monday evening came too late, and illustrates the company’s “lax safety measures”, including the absence of a back-up plan to deal with accidents.

But as Japan’s massive fuel bills continue to rise for the second straight year – in February liquefied natural gas imports grew 19.1 percent, contributing almost 40 percent of the record 8.2-billion-dollar trade deficit, according to the Finance Ministry – and household utility bills climb 20 percent on average to meet increasing electricity costs, public support for the anti-nuke camp appears to be wavering.

An opinion poll conducted by ‘Asahi’, Japan’s leading national newspaper, in February revealed that 46 percent of respondents were in favour of continuing nuclear power if safety measures are strengthened — higher than the 41 percent who support total abolishment.

Only two of Japan’s 50 nuclear reactors – units 3 and 4 of the Ōhi nuclear power plant located in the Fukui Prefecture – are operating, while the rest have been closed for maintenance or repairs, bringing nuclear power supply to almost zero.

This is a drastic reduction from pre-Fukushima levels, and a huge set back for national plans to grow the energy source to 50 percent of total supply.

Faced with the stark reality of the impacts of the accident and deep public commitment to avert another disaster, Abe is currently pushing safety measures, including installation of the new Nuclear Regulation Authority, comprised of independent experts, which has already issued seismic warnings against two nuclear power plants.

But Aileen Smith, head of Green Action and a leader in the anti-nuclear movement, told IPS that activists will do their best to halt these plans, applying pressure in the form of lawsuits and large public protests and demonstrations.

“The government is talking of restarting idled plants. But the dangerous reality on the ground is such that utility companies applying for permission will face an uphill struggle,” she said.