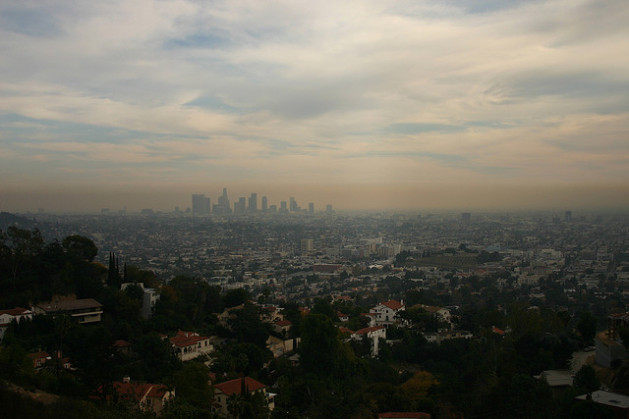 The U.S. Environmental Protection Agency (EPA), which announced the long-delayed proposal here Friday, say the new regulations could avoid around 2,400 premature deaths and 23,000 cases of respiratory problems in children each year. A key component – lowering the sulphur content in gasoline by two-thirds – would be equivalent to taking some 33 million cars off the roadways, around one in eight.

If formally adopted following a public comment period, the new proposals, known as “Tier 3” standards, would go into effect by 2017. The EPA estimates that by 2030, the total health-related benefits from the new regulations could be as much as 23 billion dollars a year for the United States alone – a return of seven dollars for every dollar invested today, the agency says.

“These common-sense cleaner fuels and cars standards are another example of how we can protect the environment and public health in an affordable and practical way,” EPA acting administrator Bob Perciasepe said Friday.

“Today’s proposed standards – which will save thousands of lives and protect the most vulnerable – are the next step in our work to protect public health and will provide the automotive industry with the certainty they need to offer the same car models in all 50 states.”

Indeed, the car industry is a major proponent of the new regulations, in part because federal regulations are currently weaker than requirements in the state of California, thus forcing carmakers to offer differing vehicles. Last week, automakers met with the White House to press this point, calling the new standards “critically important”.

Advocates say the new EPA proposals adhere closely to the California standards. Both Japan and the European Union have already mandated similar sulphur levels in gasoline sold in those countries.

“This is the second grand slam from President Obama on clean cars – he has already put in place rules to double fuel economy, while this move will now dramatically reduce smog-forming pollution from cars,” David Friedman, deputy director of the Clean Vehicles Program at the Union of Concerned Scientists (UCS), a watchdog group, told IPS.

Advocates are seeing the new proposals as the first major environmental push of President Obama’s second term, following on lofty rhetorical pledges in recent months. Tightening regulations would also allow the president to begin delivering on those pledges without having to go through the U.S. Congress, where environmental issues remain contentious.

“With these expected cleaner tailpipe standards, President Obama is taking a strong step to protect our public health and secure his clean energy legacy,” Michael Brune, executive director of the Sierra Club, an advocacy group, said Friday. “Moving
forward with these clean air protections is a commonsense step to improve public health and clean up our cars, while holding Big Oil accountable for their polluting ways.”

The oil industry, which has long pushed against the delayed Tier 3 standards, has already indicated that it would continue to fight the proposals. On Friday, the American Petroleum Institute (API), a trade group, said current regulations were already working and warned that new requirements would result in significant cost increases for consumers.

While estimates commissioned by API suggest the new proposals would result in an increase of up to nine cents per gallon, the EPA says the costs would be far lower. In order to retrofit refineries, for instance, the agency says the new requirements will cost less than a penny per gallon, while new technologies will add about 130 dollars per vehicle by 2025.

“What I’m hearing oil companies saying is clearly meant to scare people away from clean air – their numbers are not backed by the science or data,” UCS’s Friedman says. “A penny a gallon would not even be likely to be passed on to consumers, but even if it were I’d be amazed if anyone noticed.”

Over the last decade, he points out, gas prices in the U.S. have doubled. Just in the first three months of this year, prices have spiked by 40 cents a gallon.

“That’s part of the reason the auto industry has gotten on board,” Friedman continues. “They got a big wake-up call over the past few years when gasoline prices spiked and the economy took a nosedive. Many of the car companies realised they weren’t putting out products that consumers needed to deal with the problems of the heavy gasoline use in this country.”

The oil industry remains an extremely strong lobby in Washington, however, and already politicians have begun staking out ground on both sides of the discussion. But according to a recent survey, the U.S. public already agrees with the stronger regulations by a broad margin.

In a January poll carried out the American Lung Association (ALA), respondents stated by two to one – 62 to 32 percent – that they strongly supported the EPA’s aim of pushing for cleaner gasoline and vehicles. On Friday, the association called on the EPA to implement the new regulations by the end of the year.

According to last year’s report on the state of U.S. air quality, the ALA found that more than 40 percent of people in the United States live in counties with pollution levels considered by the federal government to be too harmful to breathe.

Meanwhile, oil is the United States’ largest source of global warming-related emissions, with transportation responsible for around 70 percent of that oil use. According to UCS’s Friedman, carbon dioxide emissions just from U.S. light-duty cars and trucks rival those of the entire economy of India.