In this column, Smita Nakhooda, a research fellow with the climate and environment programme of the Overseas Development Institute (ODI), writes that although developed countries have on paper donated billions of dollars to Fast Start Finance (FSF), conflicting ways of counting have resulted in major differences between the scale and objectives of their contributions. Countries like the U.S. and Japan, for example, count their pledges under old financial commitments as part of their “new” handouts, while Norway remains the only country to have allocated 0.7 percent of its GNI to official development assistance. These discrepancies reinforce the importance of scaling up finance in order to meet the ever more urgent challenges of climate change. 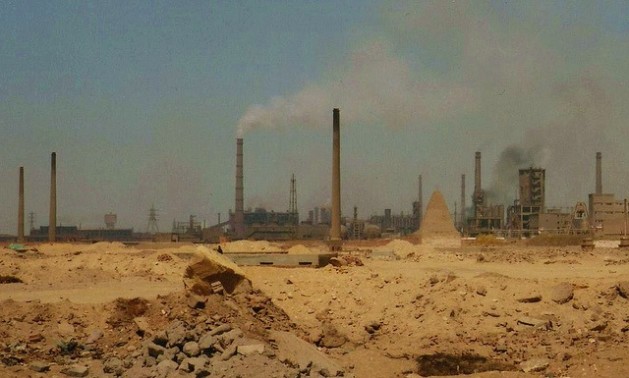 Developed countries must support more effective mitigation in all countries where emissions are either high or growing. Credit: Cam McGrath/IPS

BONN, Germany, Jun 10 2013 (IPS) - Developed countries report that they delivered more than 33 billion dollars in Fast Start Finance (known as FSF), beyond the pledges they made at COP 15 in Copenhagen in 2009. Recent analysis suggests that the funding delivered may have exceeded 38 billion dollars.  But that is not the whole story.

The story behind the headline lies in how this money has been allocated. What has it supported, and how much of it represents new funding to support the additional challenges that climate change poses for development?

My colleagues at ODI in the United Kingdom, the World Resources Institute (WRI) in the United States, the Institute for Global Environmental Strategies (IGES) in Japan, Germanwatch in Germany and Cicero in Norway have analysed our countries’ FSF contributions to try and answer these questions. These countries’ climate finance contributions are among the largest.

In Copenhagen, four years ago, these and other developed countries promised to deliver 30 billion dollars from 2010 to 2012 as Fast Start Finance. This would kick-start the delivery of 100 billion dollars per year by 2020. A substantial share of this finance may flow through the Green Climate Fund, a new mechanism to deliver money to developing countries so they can mitigate and adapt to climate change. Now, what does all this mean in reality?

Our first message is a positive one: finance for climate-related activities in developing countries has increased significantly during the FSF period, despite unprecedented economic difficulties and austerity measures in developed countries brought on by the 2008 financial crisis. Indeed, this trend applies to all of the countries we reviewed. The UK, for example, appears to have increased its climate finance four-fold relative to environment-related spending before the FSF period.

A challenge, however, is that countries counted very different forms of finance, resulting in major differences between the scale and objectives of different contributions.

A large share of Germany’s 1.6-billion-dollar FSF contribution is directed through its International Climate Initiative, which is indirectly financed through revenues from emission trading. With the exception of its 615-million-dollar contribution to the Climate Investment Fund, Germany counts only grants towards its FSF. By contrast, Japan and the United States include as FSF a large share of export credit and development finance for low-carbon infrastructure. In Japan’s case, some efficient fossil fuel options are also counted. Japan has also reported on leveraged private finance in its total.

Many countries also seek FSF “credit” for projects and programmes that they were already supporting prior to the FSF period.

For instance, the United States counts its contribution to the Montreal Protocol Fund, which it has been supporting since the early 1990s, as FSF. A significant share of Japanese FSF was pledged prior to 2010 through initiatives such as the Cool Earth Partnership. All five countries count contributions to the Climate Investment Funds (CIFs) since 2010, although countries pledged to fund the CIFs at a cumulative level of at least 6.1 billion dollars in 2008.

These pledges were made in the context of efforts to scale up climate related finance in the lead up to Copenhagen. But while these are important programmes, for which sustained support is essential, the pledges are not technically “new” during the FSF period.

Of the five countries we studied, only Norway has met the international commitment to deliver 0.7 percent of its gross national income (GNI) as official development assistance (ODA) and can claim that its contribution was additional by this standard during the FSF period (although it has ramped up its domestic ODA commitment to one percent of GNI). Only Germany and Norway have clearly spelled out how they define “new and additional” in their self-reporting on climate finance.

There has been a strong focus on funding activities that can help developing countries reduce greenhouse gas emissions. This includes financing clean electricity from renewable energy, the use of more efficient technologies, and better public transport systems.

Such programmes can play a vital role in supporting countries to meet their basic infrastructure and energy needs without the emissions. Such finance is essential.

Emissions in many rapidly growing developing countries are rising fast. While they may bear less historical responsibility for climate change, today some of the largest emitters in the world are developing countries. There are abundant opportunities to take more climate compatible approaches to development – but they often pose additional costs or risks. International public finance can help countries seize such opportunities.

But the truth is that we are already feeling the impacts of climate change. These impacts will be particularly severe in poor countries. And global efforts to address climate change so far have been inadequate.

This reinforces the imperative to support more effective mitigation in all countries where emissions are either high or growing. But it also strengthens the case to scale up adaptation finance.

During the FSF period countries committed to scale up adaptation finance. Adaptation finance would focus on the developing countries that are most vulnerable to the impacts of climate change, including Least Developed Countries (LDCs), Small Island Developing States (SIDS), and African countries. About 12 percent of the total FSF contribution of the five countries we studied supported adaptation, with the share ranging from about seven percent in Norway to about 35 percent in the UK and Germany.

In practice, of course, adaptation and mitigation activities may be quite interlinked. Norway, for example, has prioritised efforts to reduce emissions from deforestation and degradation, particularly in tropical forests, which also have adaptation benefits.

Future public support for climate action, however, is highly uncertain. This is a substantial challenge. There is an urgent need for greater clarity on the level of public finance that developing countries can expect from the international community.

The FSF experience reinforces the importance of scaling up finance in order to meet the ever more urgent challenges of climate change. This will require political commitment and leadership at the national level, and enhanced global cooperation.

*This commentary is based on a joint analysis by Smita Nakhooda (ODI), and Taryn Fransen of the World Resources Institute (WRI), reflecting on the FSF experience on the occasion of the 38th sessions of the Subsidiary Body for Implementation and the Subsidiary Body for Scientific and Technological Advice, as well as the second part of the second session of the Ad Hoc Working Group on the Durban Platform for Enhanced Action, taking place from Jun. 3-14, 2013, in Bonn, Germany.