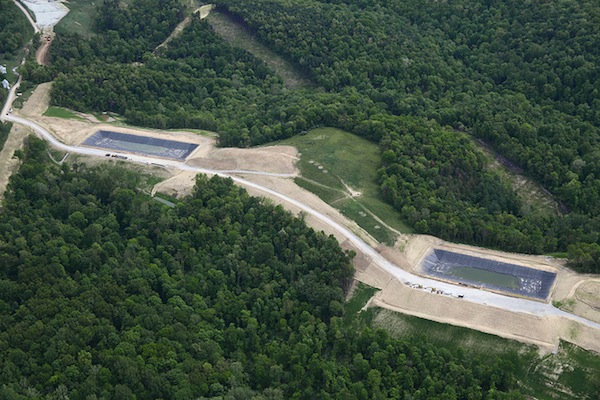 Critics of a potential free trade agreement between the United States and European Union worry that such an agreement could lead to increased exportation of liquified natural gas from the U.S. Credit: Bigstock

WASHINGTON, Jun 19 2013 (IPS) - Controversy is building following the announcement that negotiations will soon begin on a free trade agreement between the United States and European Union, with critics warning that any such agreement could negatively affect a host of regulatory concerns.

On Monday, during the Group of Eight (G8) summit held in Northern Ireland, the United States, European Commission and European Council jointly announced that negotiations will begin on Jul. 8 in Washington for what British Prime Minister David Cameron called “the biggest bilateral trade deal in history”.

Proponents characterise the Transatlantic Trade and Investment Partnership (T-TIP), also known as the Trans-Atlantic Free Agreement (TAFTA), as a way to improve the struggling economies of the United States and European Union.

“The whole point,” Cameron stated on Monday, “is to fire up our economies and drive growth and prosperity around the world – to do things that make a real difference to people’s lives. And there is no more powerful way to achieve that than by boosting trade.”

Nevertheless, there is significant opposition to the proposed deal.

“The claims that this deal will somehow be an economic cure-all and generate significant growth are simply not supported by any reliable evidence,” Lori Wallach, director of Public Citizen‘s Global Trade Watch, a public interest watchdog group based in Washington, said Tuesday.

“But we do know that the talks are based on the demands of U.S. and EU corporations that have been pushing for decades to eliminate the best consumer, environmental and financial standards on either side of the Atlantic.”

"The claims that this deal will somehow be an economic cure-all and generate significant growth are simply not supported by any reliable evidence."
-- Lori Wallach

Tariffs between the U.S. and E.U. are already low, and critics note that that what the deal really seeks to accomplish is the removal of “non tariff barriers” (also referred to as “trade irritants”).

“Non-tariff barriers is a commonly-used euphemism which refers to the array of financial, environmental, health and other policies which the public has put in place to safeguard its own interests,” Ben Beachy, a research director for Public Citizen, told IPS.

Under T-TIP, standards such as those mentioned by Beachy would be “converged”, so that regulations from state to state would be more closely aligned. Supporters of the deal say this uniformity would facilitate trade, but Beachy contended that the greater effect would be to lower regulation levels to a point that “democratic electorates would never stand for.”

“The resulting effect of ‘convergence'”, he said, “will be to limit the ability of democratic policymakers to establish their own preferred levels of regulation.”

Environment groups are likewise worried that such harmonisation will allow for an increase in certain energy technologies, particularly the sudden prevalence in the United States of natural gas hydraulic fracturing or “fracking”.

Countries of the European Union currently restrict fracking within their own borders due to environmental concerns. But some analysts suggest these countries would be less averse to consuming imported gas fracked in the United States.

“There are concerns that the U.S. would become a major exporter of liquefied natural gas to the E.U.,” Ilana Solomon, of the Sierra Club, an environmental protection group, told IPS.

The United States recently approved private licenses for companies seeking to liquefy gas, indicating that in the future it will export liquefied natural gas, something it does not currently do.

Under free trade agreements in the past, Solomon noted, important regulatory reviews normally undertaken when considering the advantages of exportation have often been replaced by automatic approvals.

There are also health concerns related to the agreement. Some worry that food safety standards in the United States, for example, could be compromised if European exporters –  currently subject to lower standards – could deliver their, say, milk to U.S. stores.

Regardless of where U.S. standards stood, the less-well-regulated (and possibly less expensive) European milk would be available to U.S. consumers.

Another controversial aspect of the agreement would allow European privately owned corporations to challenge U.S. domestic laws that may negatively affect their profits or even expected profits.

In what are known as “investor-state” tribunals, foreign corporations would be eligible to receive compensation from taxpayers if the corporations could demonstrate that they lost money because of laws that inhibit trade.

Being subject to these tribunals could lead to what Public Citizen’s Beachy refers to as a “chilling effect”, meaning policymakers would be less likely to pass regulations because of perceived vulnerability.

Beachy also noted the deal could carry “very real economic costs” if it undermines financial regulations and increases the risk of economic crisis.

According to a European Commission study, regulations that may be subject to “convergence” include financial safeguards such as those included in policies enacted by the United States following the economic crisis that began in 2008.

Last year, the Association of German Banks indicated what it hoped would emerge from any transatlantic deal regarding the aligning of U.S. and European standards.

“We would not like to see U.S. regulators applying standards to our banks that are extraterritorial, duplicative or discriminating … we have a number of such concerns regarding the ongoing implementation of the Dodd-Frank Act,” said the Association, referring to the most significant U.S. regulatory legislation passed in the aftermath of the financial crisis.

According to Beachy, it is doubtful that the free trade agreement could succeed in removing all its targeted “irritants”.

The European Commission study confirmed that this would be “unlikely”, noting that to do so in some cases would require “constitutional changes” and that “political sensitivities” might stand in the way.

Still, opponents worry that by specifically targeting these barriers, the broad agreement could succeed in chipping away at a significant number of them.

“The corporations that favour the agreement know they won’t get everything they want,” Beachy said. “But they think they can get a lot.”