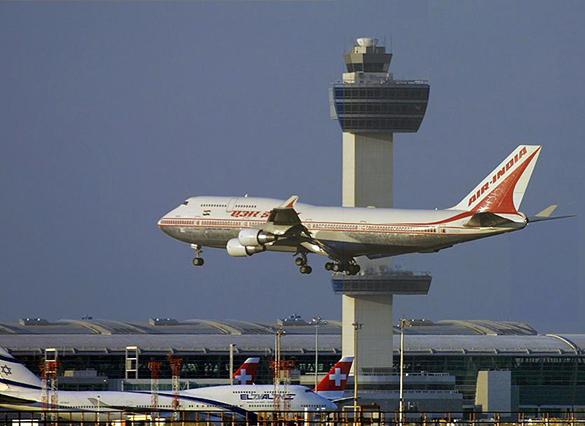 The Obama administration made no assertion of Iranian involvement when it brought the JFK airport plot to trial in 2010. Credit: public domain

WASHINGTON, Jul 11 2013 (IPS) - Alberto Nisman, the Argentine prosecutor who was prevented by Argentine President Cristina Kirchner from testifying before a U.S. House subcommittee investigating alleged Iranian terrorist networks in the Americas here this week, claimed in a recent report that Tehran was involved in a 2007 plot to blow up fuel tanks at New York’s John F. Kennedy Airport.

But his report offers no actual evidence that Iran was ever even aware of the airport plot, and the official documents in the case indicate that the U.S. government found no such evidence either.

Nisman’s sensational charge appears to be aimed at undermining the Argentine government’s recent agreement with Iran to jointly determine the truth about the 1994 bombing of the AMIA Jewish community centre in Buenos Aires in which 85 people were killed.

Nisman also wrote a “request for arrests” in 2006 charging that the entire Iranian government leadership was responsible for the AMIA bombing.

Israel and Jewish leaders in Argentina strongly opposed the new accord with Iran, fearing that it could cast doubt on Nisman’s 2006 call for the arrest of top Iranian officials.

In a 31-page summary of a 502-page report issued May 29, Nisman declares, “In this petition, it has been proved that the Iranian authorities not only had been informed of this plan to attack JFK Airport but they appear to be seriously involved in this operation.”

But the summary report contains no real evidence to support such a conclusion. The Barack Obama administration, which was eager to show that Iran was involved in terrorist threats in the United States – as it did in the case of the alleged Iranian plot to assassinate the Saudi ambassador – made no such assertion when it brought the case of the JFK airport plot to trial in 2010.

Nisman bases his claim of Iranian involvement in the JFK plot on his own characterisation of one of the four men convicted in the plot, Abdul Kadir, then a member of Guyana’s parliament, as a “veteran intelligence agent” of Iran.

The Argentine prosecutor asserts that Kadir worked as a spy for Mohsen Rabbani, the former Iranian cultural attache in Argentina who Nisman had accused in 2006 of being the mastermind in the 1994 bombing. In his report, he refers to Kadir’s “deeply-rooted connections” with Iran and describes him as being in “hierarchical subordination” to Rabbani.

But the only evidence Nisman cites in support of those dramatic terms is a series of handwritten letters sent by Kadir to Rabbani and the fact that contact information on Rabbani was found in Kadir’s address book.

The information said to have been found in Kadir’s letters doesn’t appear to be of a kind that covert operatives would normally be expected to provide. As Kadir testified at his trial, it was information that was available in newspapers on the social, economic and political situation in Guyana. That testimony was not contradicted by government witnesses.

The most sensitive item in his letters, according to news reports, was the fact that the army in Guyana suffered from low morale.

Neither Nisman nor the U.S. government has offered any evidence that Rabbani had requested the letters from Kadir, who apparently also sent the same or similar letters to the Iranian ambassador in Venezuela.

Kadir appears to have been eager to ingratiate himself with the Iranian regime, but nothing about the letters suggests that he was acting in an official capacity.

The JFK Airport plot only began to unfold in mid-2006 when former JFK Air Cargo handler Russell Defreitas, a native of Trinidad, met a former member of his mosque and began telling him about wanting to blow up the fuel tanks at the airport. He was unaware that the acquaintance, Steven Francis, had become an FBI informant after having been convicted of cocaine trafficking, and he immediately began recording Defreitas’s statements.

Kadir didn’t even appear in the plot until February 2007, according to an affidavit by the detective working on the case for the U.S. Attorney’s office, Robert Addonizio.
A Jun. 1, 2007 “complaint” against the four alleged conspirators made no reference to Iranian involvement in the case.

The plotters never advanced beyond grandiose ideas and had no funding and no access to explosives. The FBI apparently felt that informant Francis would need to do something to help move the plot along. A report on a meeting of case agents handling Francis in October 2006 obtained by defence lawyers quoted the handlers as saying they would talk with the informant and “task him to increase the pressure on the plotters to move ahead”.

It would have been technically impossible, moreover, for such an operation to do major damage to the airport in any case, despite the statement by the U.S. Attorney’s Office in June 2007 that it would have caused “unthinkable” destruction. Blowing up the fuel tanks would have burned millions of dollars in fuel, according to experts, but caused little other damage, because of safety features built into the tanks and pipelines.

Defreitas apparently hoped that Iran might be interested in his plot. The press release of the U.S. Attorney’s office on the case in May 2011 refers to Defreitas’s decision to approach another plotter, Kareem Ibrahim of Trinidad, in the belief that Ibrahim had “connections with militant leaders in Iran”.

But when the plotters met with Ibrahim, according to detective Addonizio, he mentioned only his contacts with leaders of Jamaat al Muslimeen, a Sunni organisation that had mounted an abortive coup d’etat against the government of Trinidad in 1990.

A May 2011 statement by the U.S. Attorney’s office said the plotters had “sent Abdul Kadir to meet with his contacts in the Iranian revolutionary leadership, including Mohsen Rabbani”. But that conclusion was apparently an inference from the fact that Kadir was boarding a plane for Venezuela hoping to go on to Iran, when he was arrested in Trinidad.

No communication by Kadir with Iranian officials about the plot has come to light.

Foreign governments and the news media treated Nisman’s 2006 “request for arrest” of top Iranian officials for the 1994 Buenos Aires bombing as an authoritative source. But Nisman cited as evidence for his conclusion a wide range of data that did not actually support it at all.

Nisman relied entirely on the testimony of Iranian defector Aboghasem Mesbahi in accusing the leadership of the Iranian government of ordering the bombing of the AMIA community centre.

Mesbahi had claimed in affidavits to Argentine investigators that friends in Iranian intelligence had tipped him off that the decision to bomb the Jewish community centre had been made at a meeting attended by top Iranian officials in August 1993.

Mesbahi’s reputation was actually worse than that. He had also claimed at various times to have had inside information that Iran was behind the 9/11 attacks as well as the 1988 Lockerbie bombing. U.S. intelligence was sure that he was lying about the 9/11 attacks in particular, because he never communicated any such information to U.S. authorities before the attack itself.

Mesbahi also made the highly inflammatory charge that former Argentine President Carlos Menem had received a 10-million-dollar bribe from Iran placed in a specific Swiss bank account but later withdrew it.