In this column, Leonardo Padura - a Cuban writer, journalist and winner of the 2012 National Literature Prize, whose novels have been translated into more than 15 languages - writes about how baseball reflects the fracture between Cubans.

HAVANA, Aug 5 2013 (IPS) - For Cubans, baseball is not a sport, much less a game: it is almost a religion, and taken very seriously.

Baseball was brought to Cuba around the mid-19th century by young men whose families had sent them to study in cities in the United States. 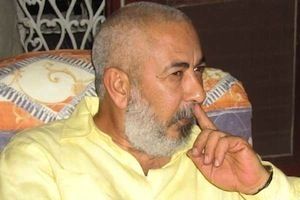 Back then, “el juego de pelota”, as it was called in Cuba, had crucial importance in different areas of the national spirituality: as a non-conformist social activity that indicated a desire for progress (United States’ modernity in contrast with the backwardness of Spain – the former colonial power); as a manifestation of national unity, because very soon it was played all over the island; and as a means of bringing together social classes and ethnic groups (because Afro-Cubans and peasants soon became devotees of the game).

It was also a performance in which sport and culture came together, thanks to the entertainment provided by “orquestas de danzones” (bands playing the Cuban national dance), the design of baseball teams’ uniforms, modernist pennants and graphics, and the artistic and journalistic literature devoted to commentating on and promoting the sport.

For Cubans, baseball has been the most played and most beloved of sports, the one that has given rise to the most legends and has carried the greatest social weight. In recent years it has also been (as it could not avoid being) a battleground for some of the most critical political, social and economic conflicts taking place in Cuban society.

Several dozen Cuban players have taken the risk of being branded “deserters” or “traitors” by official rhetoric, deciding to depart the island to try their fortunes in other leagues (especially in U.S. Major League Baseball). This has caused a commotion in Cuban society and sport, which cling to the models and politics of amateur sports followed in the socialist countries.

The departure of these players from the country has had three basic consequences.

One, for sport: a drain on regional and national teams, since a “deserter” is banned from returning to represent his or her club or country at any official event.

Another, economic: while athletes on the island earn the salaries of “amateurs”, those doing well abroad can sign contracts worth (many) millions of dollars, and even those whose performance is less outstanding can earn at least several hundred thousand dollars a year.

And thirdly, political: the Cuban government, without essentially modifying its sports policy, has begun to allow baseball players to be contracted for professional tournaments abroad (although not for the Major Leagues).

The perpetual tension of baseball politics allows this sport to express, in a quantitative way, the distance between Cubans living on the island and those who have left it in search of new horizons.

Its overwhelming influence in Cuban society and spirituality transform it, together with its cultural expressions, into one of the facets of Cuban life where any moves toward reconciliation and communication have special connotations, capable of influencing every order of life, including politics.

Recently a Cuban businessman living in Miami had the bold idea of holding two or three baseball games in the southern U.S. state of Florida among retired players of Cuba’s most emblematic club of the last 50 years, the Havana Industriales.

The novelty was that they would play on the other side of the Florida Strait and the intended participants would be former players living both within Cuba and outside the country – that is, the so-called “deserters.”

The first step would be obtaining permission from the Cuban authorities for the players to meet and play against their former teammates. Without official confirmation, it was understood that permission had been granted, but silently, as if nothing were going on.

The second step was up to the other side of the Strait: would Cuban exiles accept the presence of Cubans living in Cuba at a public event?

From the outset, former players living outside of the country were favourably disposed to the idea, to the satisfaction of most of the Cuban exiles, who looked forward to seeing their old idols again. However, a small but powerful minority of the exiles were against the proposal.

That is when the event promoters’ tortuous ordeal began, as in addition to receiving threats of all kinds, they have had to wander the city of Miami looking for a baseball field to hold the matches in. But the promoters vow that the event will be held, “even if it is in a canefield.”

To lack the capacity to see the momentous social and political significance for Cuba and its future of having émigré players and those who have remained in the country fraternise on a baseball field is an attitude of political blindness. But I believe, above all, it is an expression of a fracture of the Cuban national soul that is so deep, so charged with resentment, that not even something as sacred as baseball can easily mend it.

Too many years of deadlock, hatred, desire for revenge, and exchanges of insults and abuse (those who left the country are “gusanos” or worms, turncoats, traitors; those who stayed behind are communists, oppressors, Castro accomplices, etc.) have accumulated and still muddy the present and future of the different fragments of the broken heart of this Caribbean island nation.
(END/COPYIGHT IPS)