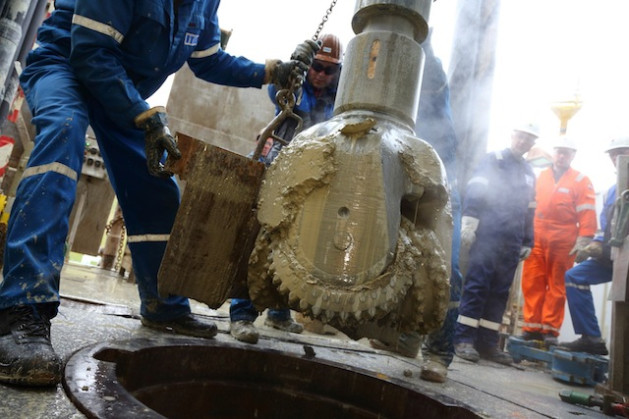 ST. GALLEN, Switzerland, Aug 5 2013 (IPS) - An accident in a flagship project threatens the future of geothermal energy in Switzerland. The mishap that was followed by earthquakes has come as a warning that geothermal deep drilling still has a long way to go.

It occurred in a project in the eastern Swiss city St. Gallen earlier in July brings a new setback, after earlier accidents.

In 2010, 83 percent of St. Gallen’s voters approved a 160 million Swiss francs (172 million dollars) credit for a flagship geothermal project. A geothermal power station was expected to cover the electricity needs of 3,000 to 5,000 households eventually and provide heat for half of the city’s buildings. In early July, drilling was concluded up to 4,450 metres depth, and extraction tests prepared.

On Jul. 19 around noon, the engineers’ nightmare happened: they unexpectedly encountered gas in the drilling hole, which raised the pressure. The leak was closed and water was pumped into the hole to reduce the pressure. Next morning, St. Gallen was shaken by an earthquake that measured 3.6 on the Richter scale, followed by dozens of micro-earthquakes.

“The worst case would be if the project was aborted or if no adequate thermal water resources could be found.” -- Elmar Grosse Ruse, project manager for climate and energy at the World Wildlife Fund

Since then, all eyes are on the city in Switzerland’s east. Engineers have managed to stabilise the drilling hole. Further test drilling has been cancelled. Decisions on the project’s future will be taken after thorough review. Damage to earthquake-affected buildings and infrastructure was negligible, but the reputation of geothermal energy has suffered considerably.

Geothermal energy is significant in Switzerland’s energy shift. It has already found wide use especially for heating buildings. However, Switzerland wants to use its underground also for electricity production, expecting it to contribute 4.29 GWh annually by 2050, which is about 7.5 percent of the country’s electricity consumption. So far, no geothermal power plant exists on Swiss soil.

Switzerland is not Iceland, where the required heat can be found only a few hundred metres below the surface. Here, the necessary minimum temperature of 100 degrees Celsius is found at a depth of 3,000 metres or more. Drilling such deep holes is a technical challenge, and also costly.

“An average geothermal power station costs around 80 to 100 million Swiss francs, around 75 percent of which is for the drilling,” says Peter Meier, CEO of the Swiss company Geo-Energie Suisse AG. His company is pushing for pilot projects in order to prove technical feasibility and economic viability.

But Switzerland’s geothermal efforts have suffered several major setbacks. A first project “Deep Heat Mining Basel” in the northwestern city Basel led to a series of earthquakes reaching up to 3.5 on the Richter scale in 2006, causing damage to buildings and infrastructure. The project was aborted.

A so-called petrothermal system was used in Basel. This is applied if no adequate thermal water resources are available. Petrothermal systems create artificial underground heat exchangers by cracking rock.

Alternatively, hydrothermal systems use natural thermal water resources in the depth. As such resources first have to be found, costly test drilling is necessary, and success is not guaranteed.

Following the abortion of the geothermal project in Basel, the city of Zurich invested 20 million Swiss francs (22 million dollars) into hydrothermal test drilling in 2009. The drilling did not cause seismic activity, but proved unsuccessful.

No water in the required amount and temperature was found; the hole could not be used for the anticipated electricity production, but only for heating.

Despite those two failures earlier, expectations of geothermal energy had remained high in Switzerland.

After the failure in Basel, experts had claimed that with improved technology, seismic activity caused by geothermal drilling would become insignificant. A different technique was used in St. Gallen, but that promise turned out to be false.

Ruse said that the future of the technology in Switzerland depends on whether and how the project in St. Gallen continues.

“The worst case would be if the project was aborted or if no adequate thermal water resources could be found,” he said. Drawing the curtain over geothermal energy after a few unsuccessful efforts would be premature, he said.

“Honestly, no drilling, not even in tunnel construction, is entirely without risks. If we as a society decide to pull out of much riskier technologies such as nuclear power and to drastically reduce our CO2 emissions, we have to accept the minor risks of alternative technologies,” the WWF project manager said.

Meanwhile, Peter Meier’s Geo-Energie Suisse AG is searching for locations for petrothermal power stations. “We have learned from Basel,” he told IPS. Geo-Energie Suisse has always said that with drilling seismic activity may occur. “Our advanced technology leads to reduced seismic activity though, as our drilling technique disperses the pressure on many, already existing fissures in the rock.”

Technically, the incident in St. Gallen will not affect Meier’s projects. “We use a different method in a different rock.” Unlike in St. Gallen, most Swiss geothermal projects target crystalline rock.

Nevertheless, Meier is aware that in the near future, he’ll have to do a lot of additional persuading.

WWF’s Grosse Ruse said that it might be better to plan geothermal power stations further away from densely populated areas. The dilemma however is, that waste heat users may then be too far away.

“Heat can be easily transported, hence that’s not a decisive factor,” countered Meier. His company nonetheless targets such less populated areas, but for other reasons. The CEO stressed that it isn’t about using nearby inhabitants as guinea pigs, but points at another factor: “Insuring potential damages in cities would be way more expensive.”