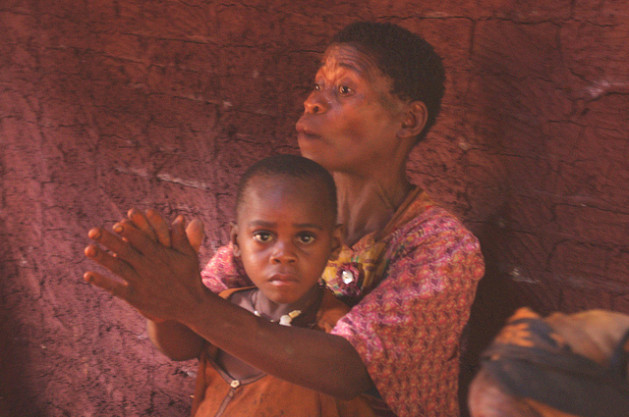 Trade amongst the Baka – historically called pygmies – is basically by barter rather than financial exchange. Mgwape exchanged his voter ID card for two “sachets” of the liquor, worth a paltry CFA 200 – less than half a dollar. The cards are reportedly purchased from the Baka for purposes of electoral fraud.

“Of what use is that piece of paper compared to a drink that keeps me funky?” Mgwape quipped when asked why he swapped his voter card for liquor. He said the Baka have their own social and political organisation, adding that he believed “the so-called modern elections are just another way by which the Bantu want to exploit us.”

Bantu refers to the 300-600 ethnic groups in Africa who speak Bantu languages, distributed from Cameroon across Central and East Africa to Southern Africa.

Slightly over five million registered voters in this west-central African country of 22 million people are eligible to cast ballots in the Sept. 30 legislative and municipal elections. But it now seems that the Baka people may not be part of the process.

“Elections have never given us anything – not hospitals, not food, nothing. We still have to trek long distances to get game, gather fruits, honey and tubers as well as fish,” he told IPS before gulping down the strong liquor and heading into the forest, spear in hand.

It is a rising trend among the Baka people, and the national elections governing body, ELECAM, is concerned.

On a recent visit to the area, ELECAM board member Reverend Dieudonné Massi Gams told the Baka that a single vote lost could be disastrous for the welfare of the country and the Baka themselves.

The indigenous Baka are a hunter-gatherer people who live in the tropical forests of southeast Cameroon. They number roughly 45,000 in the region, and depend on wild fruits, game and tubers for their survival.

With little access to healthcare services, education and potable water, the Baka have frequently found themselves on the fringes.

The bar tender, James Chika, said the cards were being bought by politicians hoping to hand them over to supporters who would vote in their favour.

“I get the cards from the Baka in exchange for ‘kitoko’ and then I sell them to politicians who say they will distribute them to their supporters to enable them to vote several times in the Sept. 30 legislative and municipal elections,” Chika told IPS.

The country’s main opposition party, the Social Democratic Front, has petitioned ELECAM about what it calls the “falsification of voter ID cards,” pointing to Kumba town in Cameroon’s Southwest Region where over 1,000 falsified voter cards were uncovered.

John Fru Ndi , the leader of the Social Democratic Front, alleged that government officials were involved in the scam.

“Ministers have come from Yaounde and are buying voter cards from people. We are saying that we will not tolerate any rough games again. We are doing this because we want justice before, during and after the elections. And justice will bring peace,” he told IPS.

But Professor Elvis Ngolle Ngolle, a member of the central committee of the ruling CPDM, in power since 1985, told IPS that his party did not need to use unorthodox means to win the elections.

Pointing to what he called “the wise leadership of President Paul Biya,” Ngolle Ngolle said the ruling party had made Cameroon the envy of its neighbours, and a safe harbour for investors.

“Voters see a lot of development going on and their votes for the CPDM do not need to be bought,” he explained.

Both men expressed regret, however, that the Baka in particular don’t seem to understand why they should vote in the first place.

“It’s regrettable that instead of educating these people on the importance of the vote, CPDM officials are exploiting their ignorance to rig elections,” Fru Ndi said.

Thaddeus Menang, director of electoral operations at ELECAM, admitted that attempts by people to get possession of more than one voter ID card had been detected across the country.

“We have come across cases, where the same voters go around with several ID cards, and who on the basis of these several ID cards register in several places. And when initially you see a case like that it is difficult to determine that it is duplicate,” Menang told reporters.

“But that is what biometry is trying to help us deal with. With the [new] biometric voter registration system, those cases have been reduced to a minimum.”

Describing the whole idea of people selling their voter’s cards as “crazy,” Menang said “it is unlikely to find a voter with two, three or four voter cards, because we have been particularly careful about that.”

He further warned that perpetrators of electoral fraud could be prosecuted.

Political analyst Professor Assonganyi predicts that the ruling party is set for a landslide victory on Sep. 30, likely to win at least 150 of the 180 seats in parliament and 250 of the 360 councils.