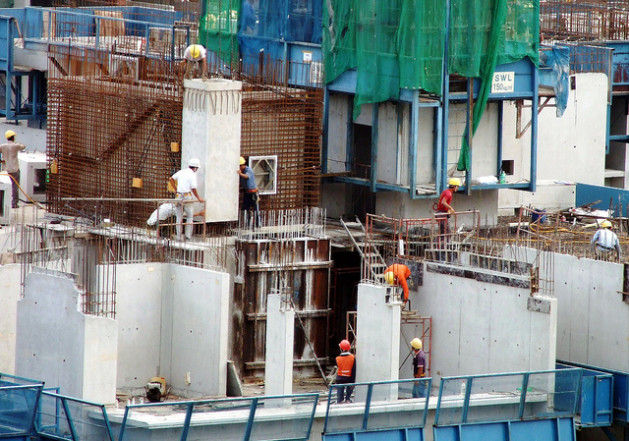 UNITED NATIONS, Sep 11 2013 (IPS) - New international migration figures released by the United Nations Wednesday show that more people than ever are living abroad. Around 232 million of the global population of seven billion are considered international migrants, simply defined as persons living outside their country of birth.

The statistics collected by the United Nations Department of Economic and Social Affairs show that despite having been dampened by the international economic crisis, international migration has weathered the storm and is still on the rise – if at a slower rate than in 2008 when figures were last released.

In a statement, Wu Hongbo, U.N. under-secretary-general for economic and social affairs, stressed the positive impact of migration on development, saying “migration broadens the opportunities available to individuals and is a crucial means of broadening access to resources and reducing poverty.”

The U.N. team has been preparing estimates for the last four years, with a majority of the data being drawn from national censuses. When data is missing for a country, estimates are made by extrapolating a trend based on previous censuses. This can be difficult – for example in Lebanon, the last census was taken in 1930. In Afghanistan, the government is currently trying to collect data, but it has been decades since the last census.

The United States is still the world’s most popular destination, with around 45.8 million migrants, having gained around one million migrants per year since 1990. The second largest gain since 1990 has been Saudi Arabia which has received seven million. Europe and Asia are the continents with the largest migrant populations hosting around two-thirds of all international migrants worldwide.

In 2013, 72 million international migrants were residing in Europe, compared to 71 million in Asia. The statistics show that migration is highly concentrated in 10 countries, including the U.S., Russia, Germany and Saudi Arabia.

According to Bela Hovy, chief of the Migration Section at U.N. DESA, a strong trend has been the rise in movement from countries in the Southern Asian region to countries in Western Asia.

“What’s new is enormous construction activity in West Asia, causing movement from developing countries like Bangladesh, Sri Lanka, Nepal, to move to those areas,” he told IPS. “Saudi Arabia is the biggest recipient, along with Qatar and the United Arab Emirates.”

Currently, there are 2.9 million people from India living in the UAE.

This has implications for development in that remittances are becoming a big factor for people in those South Asian countries. “It’s good for migrant families and their countries. The kids staying behind are able to go to school and get healthcare,” said Hovy.

However, there have been issues with rights violations of workers in the West Asian destination countries, notably for domestic workers, often women. Human Rights Watch has expressed concern that workers are especially vulnerable in the Middle East.

“The failure to properly regulate paid domestic work facilitates egregious abuse and exploitation, and means domestic workers who encounter such abuse have few or no means for seeking redress,” the group notes.

A landmark change has been the recent drafting of the International Labour Organisation’s Domestic Workers Convention, which came into effect last week.

Hovy explained the changing face of international migration in terms of population migration from developing to developed countries.

Nowadays, six out of 10 international migrants reside in the global North.

In Europe, Germany, France and the United Kingdom host the largest migrant communities. However, as a percentage of their total populations, relative to other European countries their figures were among the lowest.

Worldwide, refugees accounted for a small part of the migrant population, according to the report. The UN-DESA works closely in conjunction with The U.N. Refugee Agency to incorporate accurate figures for refugees in its migration data. Asia hosts the largest number of refugees at 10.4 million, with this number affected in recent years by conflicts and unrest in the Middle East.