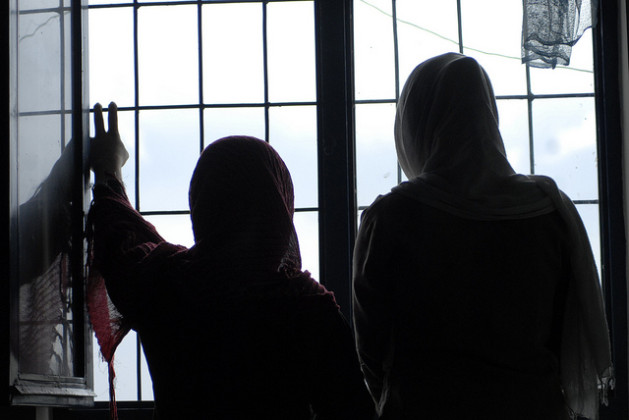 Forced marriages are at the root of many of the murders committed by women in Afghanistan. Credit: Najibullah Musafer/Killid

WASHINGTON, Sep 25 2013 (IPS) - Gender equality around the world has increased dramatically over the past half-century even though the vast majority of countries continue to restrict women’s economic development in at least one way, the World Bank reports this week.

The Washington-based institution, the world’s largest development funder, released a major report Tuesday tracking gender equality developments in 143 countries, focusing particularly on the last two years but contextualising those changes since the 1960s.

It finds that although many countries have moved toward greater gender parity, there are still major areas – particularly in the Middle East and Sub-Saharan Africa – where substantial legal barriers to equality remain in place.

Civil society groups generally agree with the bank’s long-term analysis, but emphasise that the picture on the ground remains problematic. Even when policies have changed, they say, poor implementation remains an outstanding issue.

“While it is true that over the last 50 years we have seen a huge uplift in women’s rights laws on violence, divorce and property rights, the greatest challenge is that the majority of these laws aren’t actually being enforced,” Ritu Sharma, president of Women Thrive Worldwide, a non-profit organisation here, told IPS.

“The real goal is to create infrastructure that will enable local governments to actually prosecute sex offenders, get women to keep their ownership rights, and enable them to initiate divorce proceedings. Right now, very little is being done to ensure that these new laws are respected.”

Nearly 90 percent of the 143 countries were found to have at least one legal restriction on women’s economic opportunities, according to the report. Bank researchers focused on regulations affecting women’s property rights, legal decision-making procedures, legal protections addressing violence against women, and legal barriers on women’s economic empowerment.

Most restrictions impact women’s ability to conduct basic activities, ranging from applying for a passport to registering a business, from opening a bank account to applying for a job to their ability to hold property. In 15 countries, husbands are still legally allowed to prevent their spouses from working or accepting a job.

The most significant obstacles in this regard affect some of the most basic aspects of women’s everyday lives. The length of paid maternity leave, for instance, as well as laws penalising employers from firing pregnant women are some of the most common.

Nonetheless, “Progress on gender equality under the law is accelerating,” Augusto Lopez-Claros, the director of global indicators and analysis at the World Bank Group, said Tuesday.

He added that some of the restrictions that have been removed were also some of the oldest still alive. For instance, in Latin America and the Caribbean women now have the ability to represent the family and manage marital assets, something only their husbands were previously allowed to do.

Funding and technical expertise from multilateral institutions has had an increasingly important role in nurturing gender equality around the world. But many advocates, such as Sharma, suggest that most multilaterals came late to this work, with the most important successes of the past half-century being carried out by local grassroots organisations.

“Although multilateral organisations such as the World Bank have done a lot of work pushing for better gender equality laws,” Sharma says, “they have only really stepped in as recently as five or 10 years ago.”

The World Bank’s financial contribution, for instance, has had an important impact on the global debate. But Sharma says much of the institution’s work seems to have had the effect of providing a normative basis for the movement, while local activists are struggling to implement their own strategies.

“What seems to be happening today is that local groups realise that they have to do most of the implementation on their own, so they are coming up with new ways to do that,” she notes, suggesting that many are now focusing on ways to change the social norms that lead to gender inequality.

“One way to do that is by reaching out to local religious institutions and trying to achieve gender equality by educating women through their faith and their cultural norms.”

Others worry that foreign-funded development projects themselves fail to fully account for their own unequal impact on women.

“What most multilateral organisations have achieved over the last few years is to improve their rhetoric on gender inequality in the global debate – but that’s about it,” Elaine Zuckerman, president of Gender Action, an advocacy group here that promotes women’s rights in international development investments, told IPS.

“The World Bank, for instance, has invested large amounts of money in excellent research, but they are still missing a rigorous gender-based approach to women’s issues.”

She says she would like to see the bank increase the number of gender specialists it employs.

Indeed, Gender Action has long been a critical observer of the negative impact that internationally funded development projects can have on women. A 2006 report by the group, for instance, looked at the gender dimension of a multilateral-funded oil-and-gas pipeline project in Central Asia.

“These industrial developments had a tragic impact on women,” Zuckerman says. “All construction and office jobs went to men, and the farmlands where women had been working had to be removed. The result was that women were practically forced into sex labour in order to sustain themselves.”