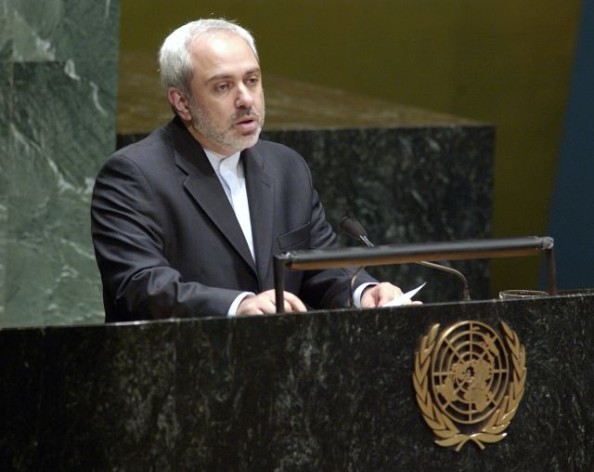 WASHINGTON, Sep 17 2013 (IPS) - In the wake of a renewed diplomatic push on the Iranian nuclear front, shared interests in Iran’s backyard could pave the way for Washington and Tehran to work toward overcoming decades of hostility.

“I think that if Iran and the United States are able to overcome their differences regarding Iran’s nuclear programme, if there begins to be some progress in that regard, then I do see opportunities for dialogue and cooperation on a broader range of issues, including my issues, which is to say Afghanistan,” Ambassador James F. Dobbins, the U.S. Special Representative for Afghanistan and Pakistan, told IPS at a press briefing here Monday.

This summer’s election of Iran’s new president, Hassan Rouhani, a moderate cleric with centrist and reformist backing as well as close ties to Supreme Leader Ali Khamenei, has been followed by signals that Iran may be positioning itself to agree to a deal over its controversial nuclear programme.

The Western-educated former Iranian ambassador to the United Nations is slotted to meet with his British counterpart William Hague at the U.N. General Assembly later this month, which could lead to a resumption of diplomatic ties that were halted following a 2011 storming of the British embassy in Tehran by a group of protestors.

Dobbins, who worked closely with Zarif in 2001 after being appointed by the George W. Bush administration to aid the establishment of a post-Taliban government in Afghanistan, told IPS that “Iran was quite helpful” with the task.

“I think it’s unfortunate that our cooperation, which was, I think, genuine and important back in 2001, wasn’t able to be sustained,” added Dobbins.

The U.S. halted official moves toward further cooperation with Iran following a 2002 speech by Bush that categorised Iran as part of an “axis of evil” with Iraq and North Korea.

While President Barack Obama’s “A New Beginning” speech in Cairo in 2009 indicated a move away from Bush-era rhetoric on the Middle East, the U.S.’s Iran policy has remained sanctions-centric – a main point of contention for Iran during last year’s nuclear talks.

Positive signs from both sides

But a recent string of events, which continued even as the U.S. seemed to be positioning itself to strike Iranian ally Syria, have led to speculation that the long-time adversaries may be edging toward direct talks, though the White House denied speculation that this could take place at the U.N. General Assembly.

“Obama’s letter was received, but it was not about Syria and it was a congratulation letter (to Iranian President Hassan Rouhani) whose response was sent,” Afkham told reporters in Tehran in comments posted on the semiofficial Fars News Agency.

That both leaders have publicly acknowledged such rare contact is an important development in and of itself, according to Robert E. Hunter, who served on the National Security Council staff throughout the Jimmy Carter administration.

“This is an effort as much as anything to test the waters in domestic American politics regarding direct talks, regarding the possibility of seeing whether something more productive can be done than in the past. And except out of Israel, I haven’t seen a lot of powerful protest,” Hunter told IPS.

“The Iranians have already backed off on the stuff about the Holocaust by saying it was that ‘other guy’. Now, and this is a reach, but keep in mind that as the slogan goes, the road between Tehran and Washington runs through Jerusalem,” said Hunter, who was U.S. ambassador to NATO (1993-98).

“A serious improvement of U.S.-Iran relations also requires Iran to do things in regard to Israel that will reduce Israel’s anxiety about Iranian intentions on the nuclear front, and on Hezbollah,” he said.

Hunter added that “compatible interests” between the two countries, including security and stability in Iraq and Afghanistan and freedom of shipping in the vital oil transport route, the Strait of Hormuz, could also pave the way to improved relations.

A shift in Iran

Khamenei, who has always been deeply suspicious of U.S. policy toward Iran, has given permission for Rouhani to enter into direct talks with the U.S., according to an op-ed published by Project Syndicate and written by former Iranian nuclear negotiator, Hossein Mousavian.

During a meeting Monday with Iran’s Islamic Revolutionary Guard Corps (IRGC), Khamenei also said he was “not opposed to correct diplomacy” and believes in “heroic flexibility”, according to an Al-Monitor translation.

Adding to the eyebrow-raising remarks was Khamenei’s echoing of earlier comments by Rouhani that the IRGC does not need to have a direct hand in politics.

On Sept. 12, the head of Iran’s Atomic Energy Organisation Ali Akbar Salehi announced that Iran had reduced its stockpile of 20 percent low enriched uranium by converting it into fuel for the Tehran Research Reactor (TRR).

This was described as “misleading” by the Institute for Science and International Security (ISIS) based on how little LEU Iran had reportedly converted to fuel.

“As such, this action cannot be seen as a significant confidence building measure,” argued ISIS in a press release.

But Paul Pillar, a former top CIA analyst who served as the National Intelligence Officer for the Near East and South Asia (2000 to 2005), called this “an example of all-too-prevalent reductionism that seeks to fold political and psychological questions into technical ones.”

“Confidence-building measures can mean many things, but in general they have at least as much to do with perceptions and intentions as they do with gauging physical steps against some technical yardstick,” Pillar told IPS.