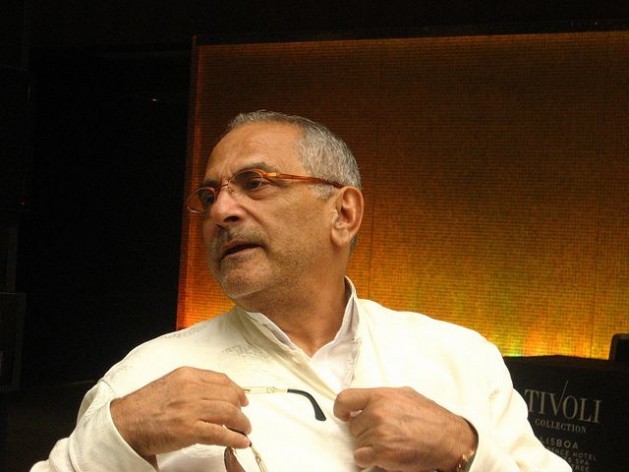 “Insisting on an ethnic balance in the armed forces of Guinea Bissau is not at all realistic,” says José Manuel Ramos-Horta. Credit: Katalin Muharay/IPS

LISBON, Oct 2 2013 (IPS) - Guinea Bissau is “close to becoming a failed state,” but not due to ethnic or religious violence, which has never existed in that small West African nation, argues Nobel Peace laureate and United Nations envoy José Manuel Ramos-Horta.

“The Guinea Bissau political leadership has never managed to have good relations with the military and vice versa, and it could be said that today the country is dangerously close to becoming a failed state,” Ramos-Horta, a former president, prime minister and foreign minister of East Timor, said in this interview with IPS during a recent visit to Lisbon.

United Nations Secretary-General Ban Ki-moon named Ramos-Horta as his representative to mediate in Guinea Bissau – which experienced its latest coup in April 2012 – taking into account the East Timor leader’s personal and political credentials in the Community of Portuguese Language Countries (CPLP).

But the initial timetable outlined for the country’s return to the path of democracy, which included elections slated for Nov. 24, will not be met due to political and organisational problems, the foreign ministers of seven of the eight CPLP countries acknowledged on Sept. 25.

The seven countries were Angola, Brazil, Cape Verde, East Timor, Mozambique, Portugal, and São Tomé and Príncipe (Guinea Bissau is the eighth member of the CPLP).

The CPLP has cut off dialogue with the regime in Guinea Bissau.

Q: Is there a real possibility of peace in that country?

A: I’m realistic and optimistic. To the contrary of what has happened in other parts of the world, including Europe, there has never been ethnic or religious violence in Guinea Bissau.

Churches or mosques have never been set on fire or destroyed and cemeteries have never been desecrated, as has occurred even in the European Union. To guarantee peace and establish democracy, what is urgently needed is for politicians and the military not to push the people too much.

Q: It would seem like the latest coup was the straw that broke the patience of the international community.

A: It’s true. There was not the slightest indication of why that last coup happened, except for the responsibility of these two elites, the political and political-military, for the sequence of violence initiated by João Bernardo “Nino” Vieira in 1980, when he overthrew President Luís Cabral, annulling six years of success in Guinea Bissau after its independence from Portugal.

Some 20 or 30 years ago, coups were routine in Africa. Today, the African Union takes even more radical stances on the defence of democracy than the EU. However, it is necessary to engage in dialogue, pragmatically, with those who have the weapons.

If there is no dialogue, what good is democracy?

It was precisely to have channels of understanding and negotiation that the U.N. secretary-general named me as his representative, and results have already been seen.

Q: Shortly after the coup, the AU, CPLP, EU, United States and United Nations indicated that the Economic Community of West African States (ECOWAS) reacted too mildly to the military’s seizure of power. After nine months in your mission, how do you see things?

A: The positions taken by those institutions and countries were totally correct. And it is also necessary to stress that ECOWAS intervened pragmatically to keep the situation from being further aggravated, and prevented the dissolution of parliament and the elimination of the constitution.

They have invested a great deal of money, but this situation is unsustainable. The important thing at this stage is to hold elections as early as possible, within five or six months I hope, to re-establish the democratic order and to put in place a strategy to help the country recover.

Q: Who is engaged in the dialogue today with the Guinea Bissau regime?

A: There has been no recognition from important governments or organisations, but there is a day-to-day relationship with the United States and Great Britain, which are in dialogue with the regime. Spain kept its ambassador there and France has always been active through its business attaché.

The EU imposed some sanctions, but it maintained its social and humanitarian programmes. Portuguese aid is channeled through non-governmental organisations and churches. Portugal’s position is due to something very simple: its long-standing relationship with the people of Guinea Bissau, who are and will still be there, independently of the regime that is in power.

Q: Besides the enormous fragility of the state, what are Guinea Bissau’s biggest problems?

A: Extreme poverty, with very poor social indicators, persistent political instability, the weaknesses and fissures in the army, the military’s frequent intervention in politics, and in the last few years, the penetration of Latin American drug cartels, in Guinea Bissau as well as many other states in the region, which exacerbates the difficulties in those countries because of the creation of new areas of crime and new tensions and dangers.

Q: With regard to this last problem, it has been said that Guinea Bissau is becoming a “narco-state”.

A: That is nonsense expressed by some academics who write reports that don’t have a strong foundation in reality, which have been repeated by the media without the slightest regard for intellectual rigour.

An academic makes an analysis, a news agency from a big country in the North picks it up, and after that all of the newspapers go to the same source, which may or may not be objective and impartial, since no one has carried out an exhaustive investigation.

Guinea Bissau is just a small country, victim of the drug cartels of Latin America and the mafias of the EU and Russia. They are the ones who are really responsible.

As a representative of the U.N. secretary-general, I cannot give the names of cities that are real centres of drug money laundering, where what you see is great opulence, with mansions, fancy buildings and luxury cars, while in Bissau all you see in the streets are goats and cows.

Q: Another frequently mentioned problem are the supposed “ethnic quotas” within the armed forces, where the Balanta people [the largest ethnic group, making up over one-quarter of the population] are clearly predominant in the leadership.

A: When false problems are raised, big difficulties are created. Guinea Bissau is multiethnic and multicultural, and has several religions. That is a wealth, not a disadvantage.

The Balanta were historically dedicated to agriculture and livestock-raising. But they are also a people with a strong warrior tradition…which forms part of their history.

However, Western experts, unfamiliar with the situation there, often say ethnic balance in the armed forces is necessary. This is not at all realistic, because you can’t insist that a merchant become a soldier.