The Very Future of Third World Agriculture Is at Stake

Food security is simply a smokescreen to provide a cover-up for the global efforts being made to dismantle the very foundations of Third World agriculture. 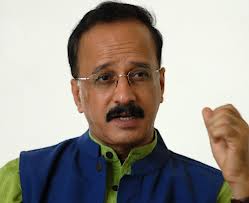 Not finding anything wrong in legitimate domestic food aid programmes, 30 farm commodity export groups have however expressed concern at the price support programmes, which have more to do with boosting farm incomes and increasing production than feeding the poor.

These U.S. farm commodity export groups, which ironically receive monumental federal support every year, have questioned the need to provide any relaxation in current discipline even on a temporary basis. Accordingly, such an exemption will result in more subsidy outgo and result in further damage to U.S. trade interests.

This response comes in the wake of a representation by 15 of the major farmer unions of India, including the Bhartiya Kisan Union (BKU) and the Karnataka Rajya Ryota Sangha (KRRS), to Indian Prime Minister Manmohan Singh: Forth-seven years after the green revolution was launched, India is being directed at the World Trade Organisation (WTO) to dismantle its food procurement system built so assiduously over the past four decades.

[T]his ill-advised move is aimed not only at destroying the countrys hard-earned food security but also the livelihood security of over 600 million farmers, 80 percent of them being small and marginal.

India, a country which lived in the shadows of a ship-to-mouth existence  when food would go directly from the ship to hungry mouths  has over the years emerged self-sufficient in food production.

This historic turnaround was possible only because India had adopted the two planks of what I call a remarkable famine-avoidance strategy: providing farmers with an assured price support for their produce, and introducing a food procurement system that provided for a guaranteed market and at the same time helped get food to the poor in the deficit regions through a network of ration shops.

Withdrawing the price support for farmers or freezing it at the de-minimis level of 10 percent as applicable under the Agreement on Agriculture will make farmers vulnerable to the vagaries of the market.

Since Indian farmers do not receive any direct income support (as producers do in the U.S./EU), this move alone will destroy millions of livelihoods and force farmers to abandon agriculture and migrate to the cities. Already, with agriculture becoming economically unviable, close to 300,000 farmers have committed suicide in the past 15 years.

As per the de-minimis criteria, Article 6.4 (b) of the Agreement on Agriculture provides for total support not to exceed 10 percent of the total value of production for most developing members (except for China, where it is 8.5 percent as part of its accession commitments).

In India, as per WTO calculations, farmers are getting 24 percent more minimum support price for paddy crop since the base period of 1986-1988. Restricting the farm gate prices at a maximum of 10 percent will only push more and more farmers to take their own lives.

Nor does it make any economic sense. Considering that between 1986-1988 and 2013, the prices of rice and wheat have increased by more than 300 percent, and prices of inputs like fertilisers have risen by 480 percent in the same period –
according to World Bank commodity price data – the base period of 1986-1988 certainly has become outdated.

Instead of asking India to accept the Peace Clause for a period of four years, WTO chief Roberto Azevêdo should in fact be asking the 159-member organisation to look for a permanent solution to the vexed issue.

The best solution would be to change the reference period from 1986-1988 to something more recent, especially after 2007, when the world witnessed a global food crisis that resulted in food riots in 37 countries.

But that is not acceptable to the U.S./EU, which are pushing aggressively to do away with the commitments of ensuring food security to 67 percent of Indias hungry population under the newly enacted food security law.

Still worse, the U.S./EU are openly continuing not only their domestic subsidies but also their export subsidies.

Not complying with the 20 percent reduction in Aggregate Measure of Support, they have very conveniently shifted these subsidies to the notorious Green Box to continue and even increase them without limits.

According to the U.S.-based Environmental Working Group, the U.S. had paid a quarter of a trillion dollars in subsidy support between 1995 and 2009. These subsidies have not been reduced in the 2013 Farm Bill.

U.S. farm subsidies are therefore unquestionable. These are considered to be non-trade-distorting,
and are not even on the negotiating table at the Dec. 3-6 WTO Ministerial at Bali, Indonesia.

Well, the writing is on the wall. What is at stake at Bali is not food security, but the very future of Third World agriculture. Feeding the hungry is possible by importing food, and that is what the U.S. farm commodity export groups have conveyed.

Putting more income into the hands of Third World farmers is not acceptable, as it makes developing country agriculture economically viable and therefore deals a blow to U.S. agribusiness trade interests.

* Devinder Sharma is a renowned Indian food and trade policy analyst, an award winning journalist, author, writer and thinker, whose incisive analyses makes him a leading voice from the developing world.