Jessica Faieta is U.N. Assistant Secretary General and UNDP Director for Latin America and the Caribbean. 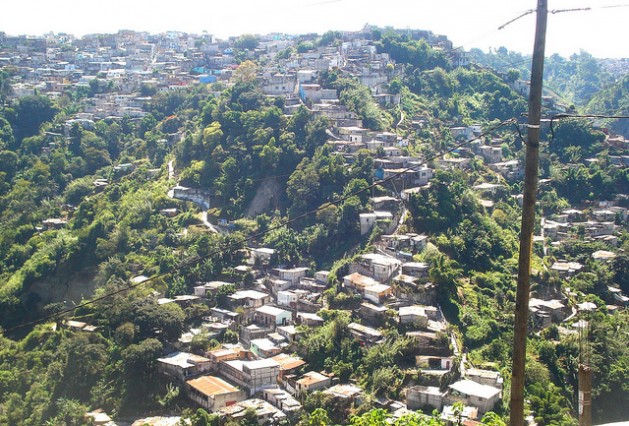 A shantytown in Guatemala. UNDP estimates suggest that more than 1.5 million people in the Latin American region will fall into poverty by the end of 2015. Credit: Danilo Valladares/IPS

This means that three million women and men in the region fell into poverty between 2013 and 2014. Given the projected economic growth for this year, at 1.3 percent according to the International Monetary Fund (IMF) figures, our U.N. Development Programme (UNDP) estimates suggest that in 2015, more than 1.5 million people will also fall into poverty by the end of this year.

We need to invest in the skills and assets of the poor and vulnerable — tasks that may take years, and in many cases, an entire generation.

They could be coming from the nearly 200 million vulnerable people in the region — those who are neither poor (living on less than four dollars a day) nor have risen to the middle classes (living on 10-50 dollars a day). Their incomes are right above the poverty line but still too prone to falling into poverty as soon as a major crisis hits, as another recent UNDP study showed.

Up and down the poverty line

Our analysis shows a clear pattern: what determines people to be “lifted from poverty” (quality education and employment) is different from what “avoids their fallback into poverty” (existence of social safety nets and household assets).

This gap suggests that, alone, more economic growth is not enough to build “resilience”, or the ability to absorb external shocks, such as financial crisis or natural disasters, without major social and economic losses. We need to invest in the skills and assets of the poor and vulnerable — tasks that may take years, and in many cases, an entire generation.

We simulated what would happen if the region grew during 2017-2020 at the same rate as it did during the last decade — that is 3.9 percent annually — yet our estimates show that fewer people in Latin America and the Caribbean would be lifted from poverty than in the previous decade.

While an average of 6.5 million women and men in the region left poverty every year during 2003 and 2012, only about 2.6 million a year would leave poverty behind (earning more than four dollars a day) between 2017 and 2020.

Clearly, ‘more of the same’ in terms of growth — and public policies — will no longer yield ‘more of the same’ in poverty and inequality reduction, according to our analysis. There are two reasons: easy sources of increased wages are declining and fiscal resources, crucial to expand social safety nets, have shrunk.

What lies ahead are harder challenges: addressing exclusion, discrimination and historical inequalities that are not explained by income alone.

Fundamentally, progress is a multidimensional concept and cannot simply reflect the idea of living with less or more than four or 10 dollars a day. Wellbeing means more than income, not a consumerist standard of what a “good life” entails.

These are central elements to our next Human Development Report for Latin America and the Caribbean, which we are now preparing. It will also include policy recommendations that help decision makers lead an agenda that not only focuses on growth recovery and structural adjustment, but also redefines what is progress, development and social change in a region of massive inequalities and emerging and vulnerable middle classes.