Battle of the Desert (and III): UNCCD ‘s Louise Baker on The Silk Road 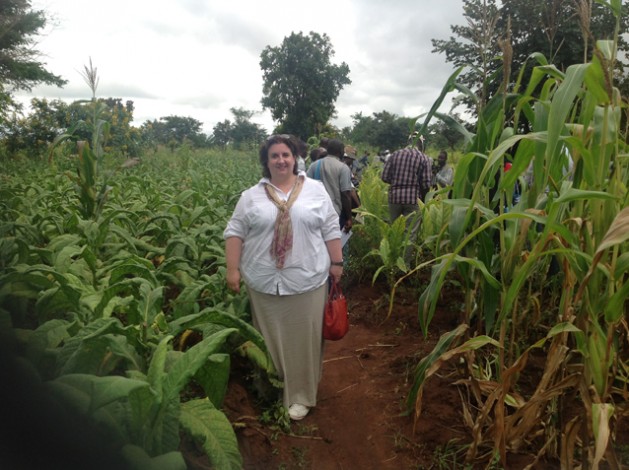 UNCCD is the key United Nations legal framework to combat desertification. IPS interviews Louise Baker, Coordinator External Relations, Policy and Advocacy Unit, UNCCD about the current effects of drought in the countries, which are expected to benefit from this initiative?

Drought is a complex natural hazard that causes more deaths and displaces more people than any other natural disaster. Its socio-economic and environmental impacts are severe and far-reaching, Baker states.

“Desertification and land degradation cause poverty and hunger. In turn, these can lead to massive environmental damage and natural resource scarcity that sometimes ends with conflict. It certainly hinders sustainable development.”

She then explains that there are 24 types of ecosystem services in the world. 15 are in decline. Desertification and land degradation are major stress factors. Many countries along the Belt and Road are highly vulnerable to both drought and desertification, and are facing social, economic and political stresses.

Asked for specific examples, Baker cites the case of Uzbekistan: 73.6 per cent of the population live in areas affected by drought.

Droughts have reduced the country’s water flow by 35-40 per cent below the average…crop yield losses range from 42 to 75 per cent… wetland ecosystems are degraded and up to 80 per cent of the lakes are drying out.

“Droughts will become more frequent, severe and widespread as a result of climate change, “ she explains. The Belt and Road Joint Action Initiative is a way of managing the land better, mitigating the effects of drought and promoting green economic growth. “That should lead to more equitable economic and social development.” 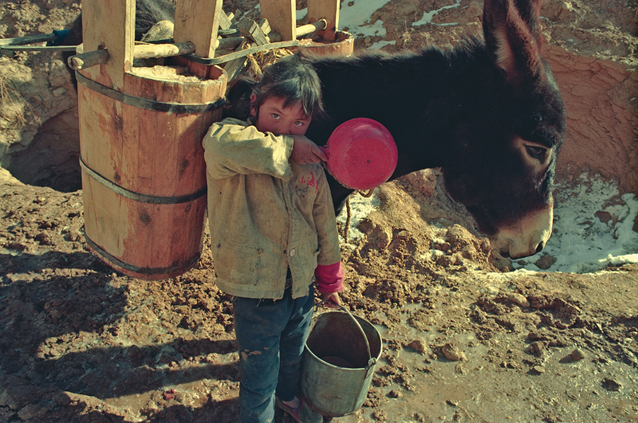 Asked what is the new joint initiative all about? How long will it be? How many years it will take to be completed? And how much will it cost and who will fund it? Louise Baker responds: “The joint action initiative involves the 23 countries located along the Silk Road. The long term vision is to protect and use natural resources rationally and to promote the development of a green economy in areas affected by land degradation and desertification.”

The countries, she explains, will work together to achieve Sustainable Development Goal 15 on land, in particular SDG target 15.3. That is about achieving land degradation neutrality by 2030.

“Land degradation neutrality is about maintaining a balance in the amount of healthy and productive land that every country has available by sustainably managing every hectare of productive land and by rehabilitating an equal amount of already degraded land.”

The partners have laid out a framework for actions in five areas.

First, managing the entire ecosystem so that the plants and animals are not negatively affected by land degradation and they are able to adapt to climate change.

Fourth, acting on drought through early warning, preparedness, mitigation and enhancing the capacities for emergency response, controlling dust and sand storms at their areas of origin and controlling shifting sand dunes.

Lastly, all world heritage sites located along the Belt and Road will benefit through measures to strengthen the conservation, protection or restoration of the ecosystems around them.

The Initiative emphasizes joint contributions and shared benefits. “Each country will develop its own activities, estimate the costs of developing social and green industries in the Belt and contribute to the initiative based on their own capacity. China’s State Administrative of Forest will coordinate and collect the data and activities under the initiative.”

IPS then asks Baker why is it called “The Silk Road Economic Belt”? which starts from China and runs to the Persian Gulf and the Mediterranean via Central and West Asia, geographically linking the continents of Africa, Asia and Europe?

The Silk Roads were important routes for trade and cultural exchanges in human history. For millennia the roads linked the four ancient civilizations of Mesopotamia, Egypt, China and India with those of Greece and Rome. The Silk Road strengthened open trade and development, exchanged of knowledge and culture. The concept is built on all these ideas, Louis Baker responds. 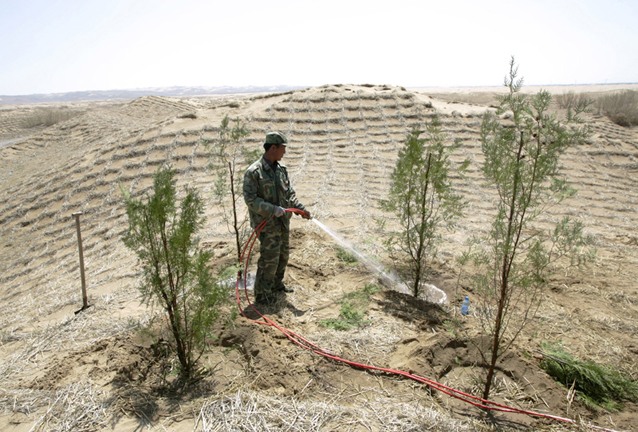 But the fertile lands along the Silk Roads has become degraded as a result of conflict, over exploitation and unsustainable human activity leading to serious and wide spread desertification, she adds.

“To complement the vision of “Jointly Building Silk Road Economic Belt and 21st-Century Maritime Silk Road”, which was launched in 2013 by the Chinese Government, the joint action initiative focuses on the “ecological civilization” of the route.”

Despite a rich history, many countries along the Belt and Road, such as those in central Asia and the Middle East, are land locked and vulnerable to drought, desertification and other challenges. This Joint Initiative can help unlock some of the potential that is often hindered by location and environmental degradation.

The national plan to Combat Desertification and Land Degradation, Dust and Sand Storm Prevention Project in Northern China, is another initiative that not only benefits the people of China, but countries such as South Korea and the United States that are in the path of these dust storms. “These and other initiatives have also benefited land users directly.”

Baker further explains that in the arid and semi-arid regions, China is taking measures to change to better irrigation and land use patterns and is introducing more drought tolerant plant varieties. Rural villagers and farmers get zero-interest loans to adopt these new methods.

They are also compensated for limiting their herd sizes in order to avoid overgrazing. Providing steady incomes, as an incentive to conserve the environment, can go a long way to help poor households.

“For the future, China is also developing new technologies to support land users to reduce water consumption and use waste water. It has set up the Green Silk Road Fund to encourage the restoration, rehabilitation of degraded land along the Silk Road.”

Rural people will benefit from these changes, including through the jobs created by private sector companies that invest along the Silk Road in response to the Initiative, she adds.

To IPS question: What is the share of the region involved in this Initiative, in the fact that, globally, more than 2 billion hectares of the terrestrial ecosystems are degraded, with nearly 170 countries affected by land degradation and drought?, Baker says:

“In 2012, it was estimated that 2 billion hectares of land was degraded globally,â€ adding that there are about 500 million hectares of that is former â€“ now abandoned agricultural land – that could be restored quickly and cost-effectively.This is far better than degrading 4-6 million hectares of new land each year to meet the growing global demand for food up to 2050.”

Nearly One Fifth of China, Affected By Drought and Desertification

Nearly 20 per cent of China is affected by drought and desertification, Baker explains. “On average, China has recovered 2,424 km2 (240,000 ha) of desertified and degraded land every year for the last consecutive 10 years. That is about 2.5 million hectares. At least, 10 million hectares more could be restored in China. This would be a significant contribution to global efforts.”

Through knowledge sharing under the Road and Belt Joint Action Initiative, China is helping countries that are affected by drought to be more prepared.

“I believe the success of this initiative will motivate more countries to rehabilitate and restore their land. It will certainly increase the resilience of local people, the UNCCD senior official concludes.