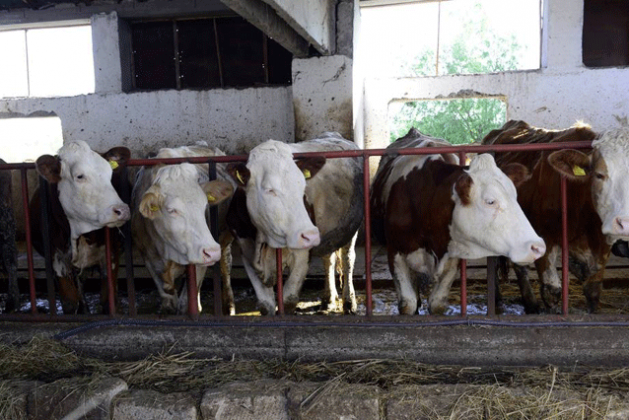 Cattle is by far the most susceptible livestock to Bovine TB (animal tuberculosis). Credit: FAO

ROME, Oct 18 2017 (IPS) - The world is running out of antibiotics to combat the growing threat of antimicrobial resistance, the UN World Health Organization (WHO) warned while announcing the World Antibiotic Awareness Week on 13-19 November.

The reason, according to WHO, is that most of the drugs currently in the clinical pipeline are modifications of existing classes of antibiotics and are only short-term solutions. See: The World Is Running Out of Much Needed New Antibiotics

Maria Helena Semedo, Deputy Director-General of the Food and Agriculture Organization of the United Nations (FAO), on 20 September said on Antimicrobial Resistance (AMR), “A stronger global effort, including larger investments and improved surveillance measures, is required to ensure that antimicrobials are used responsibly and in ways that do not threaten public health and food production.”

Antimicrobial resistance (AMR) is a major global threat of increasing concern to human and animal health.

This can occur naturally through adaption to the environment, the pace of AMR's spread is now on the uptick due to inappropriate and excessive use of antimicrobials.

Various factors are at play:

As a result of AMR, medicines that were once effective treatments for disease become less so – or even useless, leading to a reduced ability to successfully treat infections, increased mortality; more severe or prolonged illnesses; production losses in agriculture; and reduced livelihoods and food security.

The health consequences and economic costs of AMR are respectively estimated at 10 million human fatalities a year and a 2 to 3.5 percent decrease in global Gross Domestic Product (GDP), amounting to US$ 100 trillion by 2050. However, the full impact remains hard to estimate.

“We need surveillance on antimicrobial use and the spread of AMR – not only through hospitals, but throughout the food chain, including horticulture and the environment for more comprehensive risk assessments.”

This was not the first time UN agencies have sounded the alarm about the misuse and abuse of antibiotics both in humans and animals. To learn more, IPS interviewed Dr. Juan Lubroth, Coordinator on AMR and Chief Veterinary Officer at FAO. 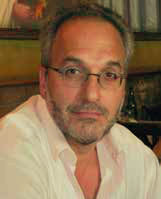 So, what do you really eat when you order a steak, fish or chicken filet? IPS asked.

“Meat! Meat, and other foods of animal origin are high quality nutritious products that are very important, not least for women and growing children, and especially in the developing world or wherever under- and mal-nutrition are rampant,” Lubroth answers.

There is a widespread misunderstanding that food may contain hazardous antimicrobial residues if an animal was previously treated with these medicines, he said.

“This is not the case if farmers and other producers comply with the rules in respecting the withdrawal periods. These withdrawal periods ensure that the antimicrobial in question has been eliminated from the system of the animal so that the meat, the milk or eggs are fit for human consumption.”

“As a consumer, you have the power to make a difference by choosing animal products from sustainable farming systems operated responsibly.” 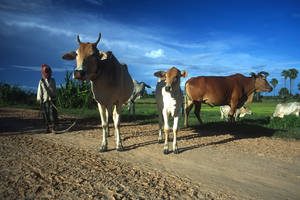 A farmer and her cattle in Cambodia, which is sharing with other countries its successful experience in dealing with AMR. Credit: FAO

“More affordable vaccines and portable diagnostic tests for vets – or physicians, dentists, pharmacists – to accurately diagnose causes of disease will help to reduce reliance on antimicrobials. Innovations in alternatives to antimicrobials such as probiotics are promising too.”

Bacteria, Not Humans, But…

Antibiotics are medicines used to prevent and treat bacterial infections. Antibiotic resistance occurs when bacteria change in response to the use of these medicines.

WHO notes that bacteria, not humans or animals, become antibiotic-resistant. However, these bacteria may infect humans and animals – terrestrial or aquatic – and the infections they cause are harder to treat than those caused by non-resistant bacteria.

The UN estimates that around 700,000 human deaths each year are estimated to be related to antimicrobial resistant infections. Across the globe, AMR further poses a major “threat to food safety and security, livelihoods, animal health and welfare, economic and agricultural development.”

And FAO reports that the intensification of agricultural production has led to an increasing use of antimicrobials – a use that is expected to increase by 67 per cent by 2030.

IPS asked Lubroth how to reconcile the need for antibiotics in food and agricultural production with ensuring human and animal health?

How to balance intensive and extensive production to meet the needs of a growing world population is a difficult and equally important question, he said. “Livestock, aquaculture and crop production needs to be guided by the right policies, ss do the human health sector and the environment sector.”

According to Lubroth, changes needed include better tracking of animals from primary production areas on farms to the market, and products to consumers, as well as regulation of antibiotic use through the approval of a licenced veterinarian, and better hygiene on farms to prevent infections.

Antibiotic resistance is one of the biggest threats to global health today. It poses a major challenge http://www.fao.org/antimicrobial-resi…

“Antimicrobials are essential to ensure animal health and for animal welfare. Sick animals under human care have a right to treatment, however, the routine use of antibiotics for growth promotion must be phased out.”

Lubroth emphasises that a sustainable agriculture sector is essential to safeguard food security and nutrition, development of countries and gender equality around the world, and that food security is a significant factor to achieve stability and peace.

“Optimising production practices such that we can minimize the need for antimicrobials requires investment. In this we all have a role to play, from government policies and investment in the food and agriculture sector, to the producers implementing the necessary practices, and the retailers and consumers where there needs to be a recognition that this does come at a cost and will impact the price of food.”

This is observed in some markets where meat produced “antibiotic-free” retails at a higher price, he said.

According to Lubroth, the best way to assist developing countries is have the enabling conditions for them to produce their own food and to take responsibility for their own national development.

The single most important action to create this balance is education – in all sectors, he said. For the food and agriculture sector, it is education about good management practices based on hygiene and care on the farm, which reduce the need to treat livestock or the growing fish. Herd, flock and aquaculture health is key.

“Healthy animals provide food and livelihoods and they do not need antimicrobials… We also need affordable and quick diagnostic tools to be used on the site to get the right treatment for the corresponding disease.”

How? FAO formed an inter-departmental working group on AMR, bringing together multidisciplinary experts. And it supports the agriculture sector to move towards responsible use of antimicrobials, and towards sustainable food production systems, and it is present in the rural communities and in constant dialogue with the farmers on site as well as in the halls of government ministries.

“In the end, this is where the change starts – in the meetings and communications between professionals and farmers.”

FAO is currently active on the ground in more than 25 countries to engage the food and agriculture sector in addressing AMR and provide them with support for implementation.

“But what we can invest is a tiny portion of what is needed by countries, as countries are developing their national action plans they are now starting to also cost their implementation and realise that this is a multimillion dollar investment.”

However, Lubroth explains, the benefit of such investment is multiple as many aspects such as improving biosecurity, implementing good hygiene practices among others can reduce the burden of disease in the production system and also improve the safety of the food produced. In this context it is a worthwhile investment, with great dividends in health.

The business sector has been signalled as one of the major causes leading to the excessive use and misuse of antibiotics in the food and agriculture and animal production chains.

What is this sector’s response to the world efforts to reduce the misuse and abuse of antibiotics? IPS asked Lubroth.

The business sector is a very important stakeholder in this matter, he answers. They are in close contact with consumer demands and consumer behaviour patterns.

“They are often multinational companies with great potential to put demands on suppliers. And that is what is happening now – we see major food companies putting demands for improved policies on antimicrobial use in the supply chain.”

According to Lubroth, we also see that there are over 6 billion of consumers – their voice can be very powerful and can change industrial or commercial or marketing policies.

“We need to be careful though, so that animal welfare or health are not jeopardized by too strict policies. Sick animals will always need adequate treatment.”