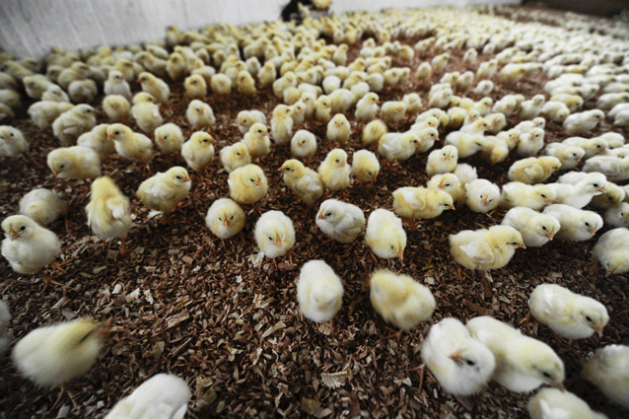 Antimicrobial drugs play a critical role in the treatment of diseases, their use is essential to protect both human and animal health. However, antimicrobials are often misused for treatment and prevention of diseases in livestock sector, aquaculture as well as crop production. Credit: FAO

ROME, Dec 6 2017 (IPS) - The growing resistance to antibiotics and other antimicrobials due to their overuse and misuse both in humans and animals has become an alarming global threat to public health, food safety and security, causing the deaths of 700,000 people each year. This is a fact.

The good news is that now more and more countries have adopted measures to prevent the excessive and wrong use of antimicrobials. The bad ones are that these drugs continue to be intensively utilised to accelerate the growth of animals, often for the sake of obtaining greater commercial benefits.

According to the first annual survey conducted by the Food and Agriculture Organization of the UN (FAO), the World Health Organization (WHO), and a global intergovernmental body on animal health—the World Organisation for Animal Health (OIE), more than 6.5 billion people – over 90 per cent of the world’s population – now live in country that has in place, or is developing, a national action plan on antimicrobial resistance (AMR).

“Nearly all of these plans cover both human and animal health in line with the recommended ‘one health‘ multi-sectoral approach,” FAO said on 17 November.

The survey’s release came at the end of the World Antibiotic Awareness Week, which kicked off on 13 November, announcing that more countries have unveiled plans to tackle AMR.

So far so good.

The bad news is that careless disposal of antibiotics could produce ‘ferocious superbugs,’ warns the United Nations.

In fact, growing antimicrobial resistance linked to the discharge of drugs and some chemicals into the environment is one of the most worrying health threats today, according to new research from the United Nations that highlights emerging challenges and solutions in environment.

“The warning here is truly frightening: we could be spurring the development of ferocious superbugs through ignorance and carelessness,” on 5 December said Erik Solheim, chief of the UN Environment Programme (UNEP).

The other bad news is that while antimicrobial medicines – antibiotics, antifungals, antivirals or antiparasitics – are widely used in livestock, poultry and aquaculture operations to treat or prevent diseases, the survey alerts that their over-use and misuse –such as for “promoting growth”– is leading to the emergence of microbes resistant to these drugs, making the diseases they cause difficult or in cases, impossible, to treat. 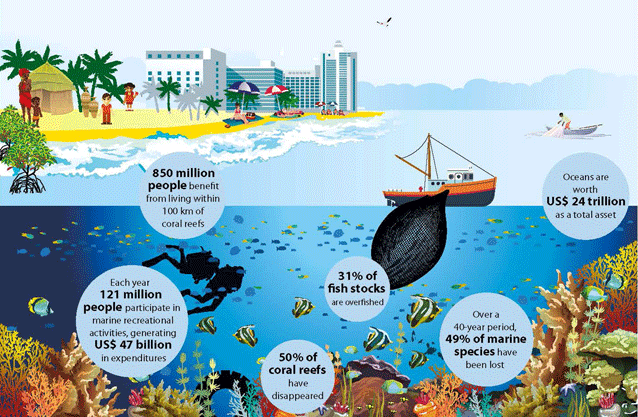 “Humans exposed to these antimicrobial resistant pathogens are also affected in the same way.”

And here comes the recurrent alert: despite progress, the global push to address this problem – which is taking on “epic proportions” – is still in its early stages.

There are weak points that still need to be shored up – particularly in the food and agriculture sectors of low- and middle-income countries, key battlegrounds against ‘superbugs’ resistant to conventional medicines, FAO cautions.

“In particular, there are major gaps in data regarding where, how and to what extent antimicrobials are being used in agriculture; also systems and facilities for tracking the occurrence of AMR in food systems and the surrounding environment need to be strengthened.”

“The goal is to help them develop the tools and capacity to implement best practices in animal and crop production, reduce the need for antimicrobials in food systems, develop surveillance capacity to assess the scale of AMR and efforts to control it, and strengthen regulatory frameworks to minimise the misuse of antibiotics while simultaneously ensuring access to drugs for treating sick animals,” said Ren Wang, FAO Assistant Director-General for Agriculture and Consumer Protection.

What Is the Problem?

The UN food and agriculture specialised agency provides the following sound explanation:
Since the introduction of penicillin in the middle of the 20th century, antimicrobial treatments have been used not only in human medicine but in veterinary care as well.

At first, they were utilized to treat sick animals and to introduce new surgical techniques, making it possible, for example, to perform caesarean sections in cattle on farms. With the intensification of farming, however, the use of antimicrobials was expanded to include disease prevention and use as growth promoters.

The use of antimicrobials in healthy animals to prevent diseases has now become common in husbandry systems where large numbers are housed under moderate to poor hygienic conditions without appropriate biosafety measures in place. Similarly, when a few members of a flock have a disease, sometimes all animals are treated to prevent its spread.

Besides such uses for treatment (therapeutic) and prevention (prophylactic uses), antimicrobials have been added — in low dosages– to animal feed to promote faster growth, FAO warns, adding that “although more and more countries prohibit the use of antimicrobials as growth promoters, it remains common in many parts of the world.” 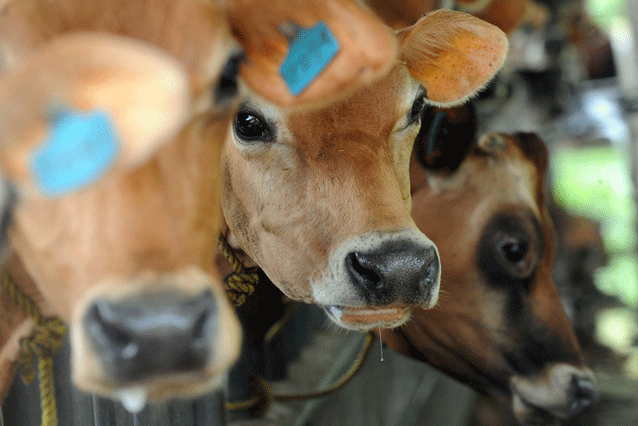 A row of cattle waiting to be fed at the National Livestock Development Board Farm in Mahaberiyathenna, Sri Lanka. Credit: FAO

Although the UN agency does not say explicitly why this happens, it could be easily deduced that it is due to the voracious appetite for greater profits.

FAO goes on to warns that in the coming decades, the use of antimicrobials in animal production and health will likely rise as a result of economic expansion, a growing global population, and higher demand for animal-sourced foods. Indeed, their use in livestock is expected to double within 20 years.

“It is likely that the excessive use of antimicrobials in livestock (and aquaculture) will contaminate the environment and contribute to a rise of resistant microorganisms. This poses a threat not only to human health, but also to animal health, animal welfare, and sustainable livestock production — and this has implications for food security and people’s livelihoods.”

And the more antimicrobials are misused, the less effective they are as medicines in both veterinary and human healthcare, as the misuse drives AMR to evolve and emerge in disease-causing microorganisms, t adds.

Another major specialised UN agency, WHO, explains that antimicrobial resistance describes a natural phenomenon where microorganisms such as bacteria, viruses, parasites and fungi lose sensitivity to the effects of antimicrobial medicines, like antibiotics, that were previously effective in treating infections.

Examples of misuse include using an incorrect dose or administering an antimicrobial at the wrong frequency or for an insufficient or excessive duration, according to WHO.

AMR causes a reduction in the effectiveness of medicines, making infections and diseases difficult or impossible to treat, the UN health agency warns, adding that “AMR is associated with increased mortality, prolonged illnesses in people and animals, production losses in agriculture, livestock and aquaculture.

Should all this not be enough, the WHO chief, Tedros Adhanom Ghebreyesus, says, “Antibiotic resistance is a global crisis that we cannot ignore… If we don’t tackle this threat with strong, coordinated action, antimicrobial resistance will take us back to a time when people feared common infections and risked their lives from minor surgery.”