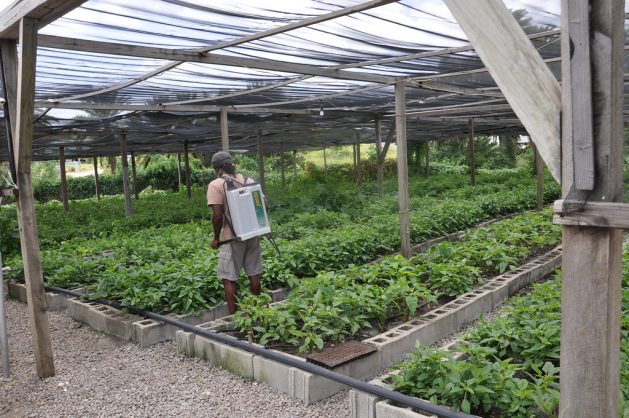 A farmer tends to vegetables in a greenhouse in Antigua, where a climate-smart agricultural initiative seeks to improve farm productivity. Participants at the Green Climate Fund (GCF) Private Investment for Climate (GPIC) Conference heard that will climate change funding has increased, most of it is being spent on mutation and not adaptation projects like this. Credit: Desmond Brown/IPS

But despite the upward trend, its not even halfway to the $3trillion needed each year till 2030 to meet the development goals for capping global warming to 1.5 ° Celsius.

This was the broad picture that emerged on the first of the three-day Green Climate Fund (GCF) Private Investment for Climate (GPIC) Conference, which began on Monday, Oct. 7, in Incheon, South Korea. Attended by 600 people, including private investors, government officials and international finance experts from a diverse sector, this is the 2nd edition of the conference.

Addressing the conference at the opening ceremony, executive director of the GCF Yannick Glemarec said that the world needed to dramatically scale up adaptation and mitigation efforts and both of these had enormous investment opportunities. The conference, he reminded the attendees, was designed to act as an ideas marketplace to explore how to redirect the huge amount of funds held by large banks and other institutional investors into driving climate action in developing countries.

“Opportunities for private sector investment in energy in developing countries alone are estimated  more than $23 trillion from now to 2030. Today, the private sector manages more than $210 trillion in assets but invests only a very limited amount in climate finance due to severe market barriers,” Glemarec said.

At the conference, he hoped, the participants would be able to “reflect on these barriers and provide some actionable solutions”. 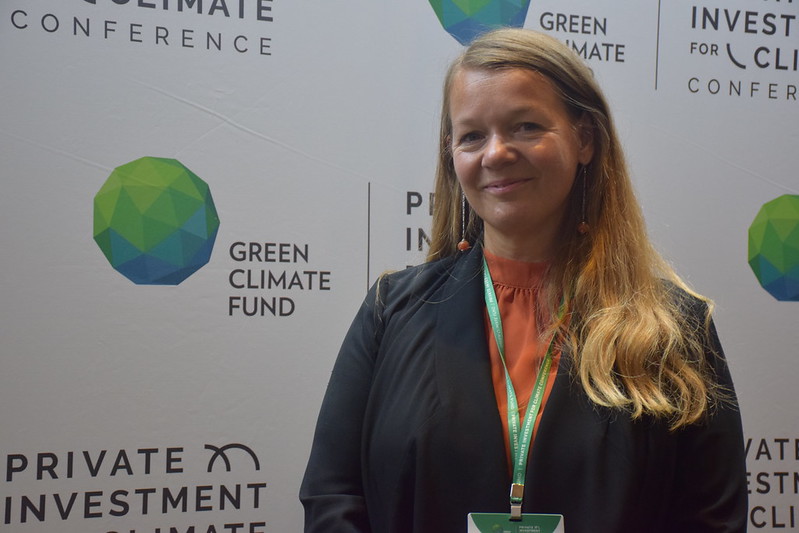 “Globally, private investment is heavily tilted towards mitigation and is low on adaptation,” says Barbara Buchner, Executive Director of the widely renowned Climate Finance programme at the Climate Policy Initiative — a global policy think tank that works to improve energy and land use policies around the world.

The reasons, she says, are many: lack of awareness and knowledge of climate risks, domestic policy and regulations that hinder mitigation, denied market access, social attitudes, multi-layer complexities of investing in adaptation projects on agriculture, water and land and a general lack of understanding in how such projects can result in profits.

“Mitigation projects, on the other hand, are more investment ready as the technology is already available and therefore one can just go and invest. The impact of the investments also are more direct and visible,” she said. 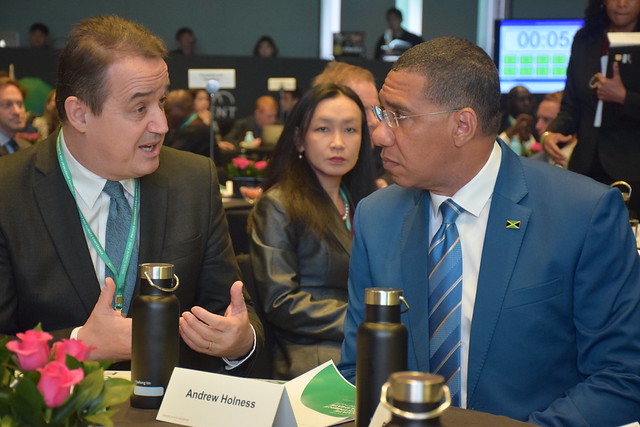 While risks and a lack of attraction and understanding were more common barriers for private investment, a lot was also dependent on political leadership, said some experts.

For example, Africa needs infrastructure funding worth $130-170 billion a year, but government and public funding will alone will not be enough to meet this goal.

So, the region needs to attract private investment. However, at present, there are few business opportunities for the private investment, said Koffi Klaousse, project development director at Africa 50 – an infrastructure fund.

“We have numerous projects, but very few of them offered an actual investment and business opportunity for the private sector,” Klausse said, before emphasising that political leadership at the country level could change the scenario by making it more possible for private investors to play a significant role.

Earlier on the day, an example of positive leadership was also shared by Andrew Holness – prime minister of Jamaica – a country that has attracted nearly $1 billion worth of private investment. The only head of the state at the conference, Holness described how his government has been trying to interpret the climate threats as a great opportunity for private investment

“For us, climate change is a disaster. But if we embrace the challenge, it could also mean an opportunity,” said Holness.

“If weather is going to be more severe, then we must build more resilient and climate smart infrastructure and mobile more public and private resources to support the effort,” he said before asserting to attendees that Jamaica would continue to be “fiscally responsible” and  continue to reduce its debt burden to make itself more investment friendly.

In past decade alone, the country had been able to reduce its debt burden to 60 percent from over a 100 percent. And it is on track to meeting the goal of 50 percent of energy being produced by renewable sources.

The conference, which ends on Oct. 9, will continue discussions on a number of issues, including exploring how to shift the trillions of dollars held by institutional investors, how to tap climate bonds to fund climate-focused action, and expanding the role of financial innovation to boost climate investments in infrastructure, energy and land use.