Leading scientist and director general of the International Institute for Tropical Agriculture (IITA), NTERANYA SANGINGA, speaks to IPS correspondent Busani Bafana about how the institute is leveraging its successful research to push for greater investment in agricultural research. 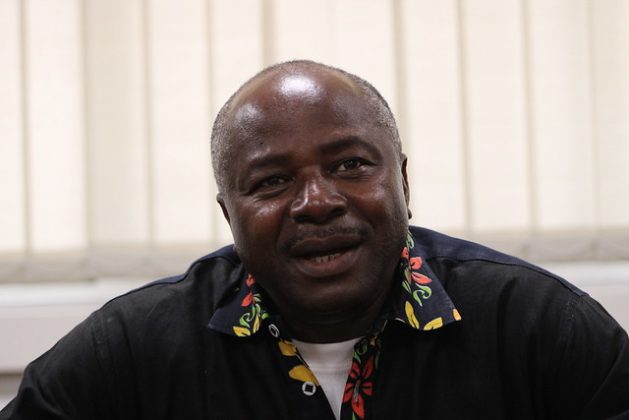 BULAWAYO, Zimbabwe, Feb 11 2020 (IPS) - Africa needs to invest in agriculture by putting more resources into innovative research and development that can boost food and nutritional security, according to leading scientist, Nteranya Sanginga.

Sanginga, Director-General of the International Institute for Tropical Agriculture (IITA), based in Ibadan, Nigeria, says Africa comes short on leveraging its huge resources when it comes to transforming agriculture for economic growth.

“Investment in research in Africa is poor, less than one percent and when it comes to agriculture, it is worse because the leaders do not understand the importance of research,” Sanginga told IPS.

“Today if you kill IITA in Africa then you have killed agriculture research in Africa.”

Sanginga, a national of the Democratic Republic of Congo, has specialised in agronomy and soil microbiology. He has been involved in agricultural research and development, particularly in applied microbial ecology, plant nutrition and integrated natural resources management in Africa, Latin America and Southeast Asia.

Africa, Sanginga says, should build capacity for research in order to innovative its food systems to beat hunger and poverty. 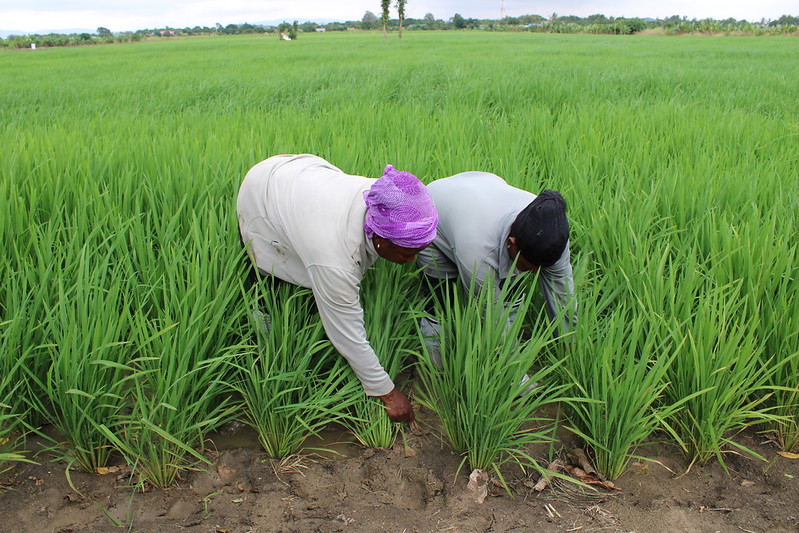 Speaking at a meeting of the African Leaders for Nutrition in Addis Ababa, Ethiopia last week, African Development Bank (AfDB) President Akinwumi Adesina said Africa should invest in skills development for the youth so the continent’s entrepreneurs can leverage emerging technologies to transform Africa’s food system to generate new jobs.

The Alliance for a Green Revolution in Africa (AGRA) has estimated that Africa needs to invest up to $400 billion in agriculture over the next ten years to meet its food needs.

To date, 44 African countries have signed the Comprehensive African Agriculture Development Programme (CAADP) Compact to spend 10 percent of their budgets on agriculture and increase their productivity by at least 6 percent. This follows the Maputo Declaration on Agriculture and Food Security made by African Heads of State in 2003.

Under Sanginga’s leadership, the IITA won the 2018 Africa Food Prize for its cutting-edge agricultural research and innovations that have boosted nutrition and incomes. Since its founding 50 years ago, IITA has developed new, improved and high-yielding varieties of cassava, cowpea, maize, banana, soybean and yam. Overall, for Africans, the value of the crops developed by IITA and its partners now stands at over $17 billion, underscoring its contribution to Africa’s agriculture and economy.

Inter Press Service (IPS): How is IITA leveraging its successful research to push for greater investment in agriculture research?

Nteranya Sanginga (NS): Our legacy is starting a programme to change the mindset of the youth in agriculture. Unfortunately [with] our governments that is where you have to go and change mindsets completely. Most probably 90 percent of our leaders consider agriculture as a social activity basically for them its [seen as a] pain, penury. They proclaim that agriculture is a priority in resolving our problems but we are not investing in it. We need that mindset completely changed.

We must invest in agriculture in the same way we invest in mining. For example, Nigeria imports $5 billion worth of food per year, buying food from outside such as rice from Thailand and wheat from the U.S. You know the significance of this is that we are exporting jobs instead of creating jobs here, we are creating jobs in Thailand for rice [producers/farmers] and the U.S. for wheat [producers/farmers]. We have proven that we can produce rice and wheat. Again and again that mind-set of the leaders who basically do not understand that all the other continents developed through agriculture. We have to make the case for agriculture.

IPS: IITA has places a strong emphasis on approaching agriculture as a business. What are the policies needed that will create an opening for this?

NS: I think we are not going to create a miracle in Africa. We have to follow what other people have done. Adesina started smart subsidies in Nigeria and instead of giving money like you would do in the U.S. or Europe, he started buying equipment and fertilisers and other inputs for the farmers, that is working.

I do not see another way of helping agriculture in Africa if we do not facilitate and subsidise. Mind you, in the U.S. or Europe if you stop subsidies all those farmers will leave agriculture so you need to ensure that you find some way of helping our farmers invest in agriculture. It is leadership and policies that are needed.  Why would we allow someone to steal $10 billion from a country and not make an effort to invest this in something useful?

Besides, most banks in Africa consider agriculture risky but some have started initiatives to help farmers. In Kenya, Equity Bank has understood that agriculture is a business. In Nigeria, there has been a programme to put some money and de-risk lending for agriculture. In fact Equity Bank in Kenya lent to farmers and who had less than one percent default in their repayment rate. So really agriculture is a good business but still banks are reluctant.