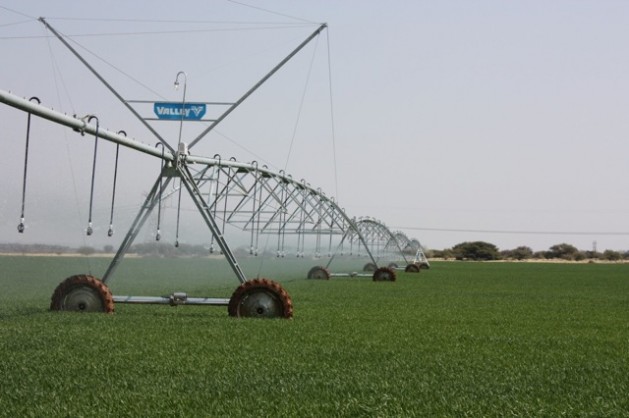 WASHINGTON, May 18 2012 (IPS) - On the eve of the Group of Eight (G8) summit near Washington, President Barack Obama on Friday unveiled a major new initiative aimed at shoring up food security and combating global hunger.

Speaking at an event here, the president said that the new programme, focused on Africa, aims to lift 50 million people out of poverty within 10 years.

But aid agencies and watchdog groups worry that the new programme, which includes a significant new role for the private sector, could prove diversionary for donors, resulting in a return to relatively low, unfocused levels of agriculture-focused aid.

Following discussion between the G8 and some African leaders at Camp David over the weekend, the New Alliance for Food Security and Nutrition will constitute the next phase of a groundbreaking programme begun during the 2009 G8 summit in L’Aquila, Italy.

At that time, motivated in particular by the 2007-08 global crisis in food prices, G8 leaders committed more than 22 billion dollars over three years towards food security.

This was a dramatic turnaround from a decades-long trend of falling agriculture-related aid. According to ActionAid USA, a rights group based in Washington, by 2000 international contributions to agriculture had dropped by 50 percent from the 1980s.

At the end of 2012, however, the timeframe for the L’Aquila commitments will expire.

While several of the G8 countries, including the U.S., are currently on track to fulfil those pledges, several others are not. Currently, only around 44 percent of this aid has been disbursed.

President Obama said that G8 leaders this weekend will “pledge to honour the commitments we made in L’Aquila. We must do what we say – no empty promises. And at the same time, we’ll deliver the assistance to launch this new effort.”

In the lead-up to Friday’s announcement, however, many observers warned that the efficacy of the New Alliance would largely depend on these details of the continued assistance, which are still vague.

Currently, the New Alliance appears to require far lower pledges from donor countries going forward, to be made up in part through private- sector investment.

Other important details are likewise still being discussed.

“The challenge for this G8 is to get some more time-bound goals to reduce poverty, malnutrition and hunger,” Samuel Worthington, the president of InterAction, a Washington-based international umbrella of NGOs, told IPS. “These goals are what will ultimately determine the accountability of the G8 to the world’s poor.”

Worthington notes that it is positive that the G8 leaders appear to be focusing on results rather than simply on the broader effort itself, but warns that defining specific targets is of utmost importance.

“For instance, it is critical that one of the goals be focused on child nutrition, ideally on reducing child stunting by 40 percent globally over the next decade,” Worthington says. “These targets are important in that a focus on malnutrition is the only way to reach the poorest of the poor, women and children.”

If specific malnutrition-related targets are not part of the agreement that comes out of this weekend’s meetings, “they will need to be inserted as the way forward,” Michael Klosson, with Save the Children, told IPS. “How many kids are you going to prevent from becoming stunted? We need a percentage.”

A major new component of the New Alliance will also include significantly increased participation by the private sector.

On Friday, President Obama announced an initial investment of three billion dollars by 45 companies, two-thirds of which are based outside of Africa, including Cargill, DuPont and Monsanto.

While many have cautiously welcomed such participation, there are clear concerns, including over whether these private pots of money could allow for a downgrading of emphasis on donor aid.

“The role of the private sector is important, but they will not be able to make up for the G8’s broken promises,” says Oxfam’s Lamine Ndiaye in a statement. “Smallholder farmers need the freedom to pursue their own growing strategies, not take overly prescriptive tips on farming from G8 leaders, or one-size-fits-all technologies from faraway CEOs.”

Especially worrying are issues of transparency, particularly given the increasing trend of large-scale investments in African land by foreign investors.

“Such decisions are being made solely between autocratic regimes and foreign investors, with marginalised groups completely out of the picture. Local communities used to depend on their ability to grow their own food, but will now have to depend on foreign aid.”

With repressive regimes continuing to make it difficult for journalists and civil society to ensure transparency in many parts of Africa, Metho and other observers are urging President Obama and the G8 leaders to prioritise mechanisms that would empower local communities and allow for a strengthening of civil society oversight.

As yet, though, many are pessimistic that the New Alliance will be able to focus at a small enough scale.

“For this initiative to truly be an alliance, women small-scale producers, youth, and pastoralists should have been consulted in the drafting of the plan,” stated a recent open letter from African civil society to the G8 leaders.

“Instead, G8 leaders are merely asking African governments for a rubber stamp. Donors increasingly claim to target the small-sale producers who make up the majority of the world’s poor, but they are rarely consulted, and these resources seldom actually reach them.”